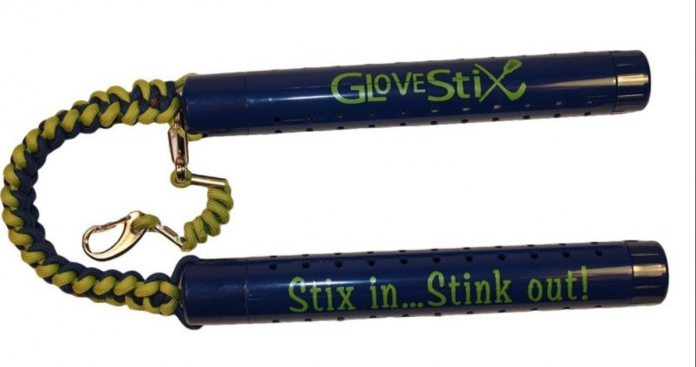 Krista Woods was very familiar with odor issues. Her kids were all athletes, and then they start playing lacrosse. She tried various methods, but none of them worked well enough or felt healthy. She decided to invent her own strategy and GloveStix were born. She taught herself the ins and outs of manufacturing, e-commerce, logistics and product development.

According to the about page on their website, Krista was able to bring her idea to a sellable state in under a year. She’s been doing it since 2015. As she told Lori, she managed to get the product on QVC a few times before getting approved for the Shark Tank. Let’s see if that will give her that she needs to get GloveStix funded. 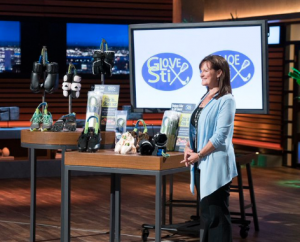 After walking into the Shark Tank, Krista Woods began her presentation by telling the Sharks that if they stank, it wasn’t her fault. She told him that she was looking for $150,000 investment in exchange for a 10% equity stake in her company, GloveStix. She said that she was the mother of three athletic children who wasted a lot of time attempting to get rid of the odor and bacteria that was lurking in their clothing and athletic gear. Before inventing her product, Krista tried every life hack, wash, and chemical spray. She said that nothing actually worked. As a result, she invented glove sticks.

She called GloveStix the easy to use odor management solution that would solve the world’s stink problem one athlete at a time. Krista continued, stating that the plastic on the outside of the sticks has silver ions that will inhibit most of odor-contains bacteria growth in a 24-hour period. She opened up this stick to show the Sharks the disposable insert inside. They would absorb moisture and deodorize.

Her sticks would be appropriate for any athletic gear, as well as regular shoes, gloves, cleats, kneepads, and helmets. She modeled putting the sticks inside hockey gloves and said that they would get the stink out. She ended the presentation by asking the Sharks what they thought. She said that a deal with her would definitely not stink.

The Sharks all laughed. Barbara asked if she would show her the product. Krista said of course and began to pass out samples. Mark Cuban asked if the product doubled as nunchucks. Krista smiled and said that she got that a lot. She thought that’s why kids enjoyed them. As the Sharks took a look at what they were handed, Krista continued on with her presentation. She said that her company had two different products – ShoeStix and GloveStix. She said that the GloveStix have a wrist guard clip that you can hang the gloves on the gear rack if you want to.

Alex Rodriguez, the guest shark for the episode, said that he had spent lots of time in his career in locker rooms, and he was he’d had some of those for his teammates. He wants to know how it worked exactly. Krista told him that moisture and bacteria get trapped in the gear, and have nowhere to go. These creepy-crawlies can be anything from mildew, mold, staff, E. coli, and MRSA.

Kevin had a question. He jokingly said that he had a lot of shoes that were all handmade by Italian virgins. He told her that each pair of shoes came with cedar inserts which help them hold their shape while he’s not wearing them. He said that the reason that they are cedar is that they improve the smell of the shoe by reducing odor, and killing bacteria. He asked Krista if her product was better than cedar.

Krista said that her product was better than cedar. She insisted that cedar didn’t actually kill bacteria, instead just absorb moisture. She said that her products do both really well, and that’s why she was growing her business at a rapid pace. She went on to tell the Sharks that she had a patent. The Sharks seemed excited for her. Mark wants to know more details about her business, and what her financials were like.

Krista mentioned that she had been on QVC a total of four times. Lori said that she thought she’d recognize the product, and Krista admitted that she’d stalked Lori in the cafeteria once. Kevin said that her investment ask was implying a $1.5 million valuation on what he called an odor stick. She laughed and said that was more than just an odor stick. Also, the product got her reoccurring income. She let him know that they’ve retailed each one for $29.99. She said that price included the first round of inserts. Krista said that they weren’t realizing that the inserts need to be changed, which added an extra level of income. Lori asked what the refill pack cost, and she told her that it was $7.95. Mark said that was expensive.

Kevin said that he was never going to agree with her on her valuation. He said that he wasn’t going to beat her up on it, he was just going to step out. Alex told her that what she was doing was incredible. She thanked him. He wants to know more about her background. Krista told him that she was 18 and in high school when she got pregnant. She had to drop out of school and get ready to become a single mother whether she liked it or not. She took on that challenge despite her fears and overcame them. At 22 she was working in a male-dominated industry and ended up getting promoted. She got married at 24 to an awesome man, and they had two other children. She felt like she was winning at this life thing.

She said that for the last year and a half people and asked her if she was going to go on Shark Tank. She was told them, no, but eventually, she realized that it was her fear talking. She told him that she was afraid, but she was still standing in front of them. Alex told her that she struck every core in his body. He had had a single mother who he saw working herself to the bone to support him.

He wanted to talk to her about how she is going to scale the business. He told her that she seems like a micromanager, but she would have to learn how to delegate at some point. Krista told him that that was why she was here. She realized she needed a Shark to take her to the next level.

Barbara said that she had the utmost respect for Kristin what she’d done, but she had more interest in the entrepreneur than the product. In order for her to invest, she needed both. Lori said that when she first started her business, she didn’t hire a whole bunch of people. She wore a lot of hats and had to play a lot of roles in order to make sure that everything was done right. She said that no one else but her would feel the passion, have the dedication, and make things perfect. Lori said that it only made her like Krista more.

Lori said that she wanted to make her an offer. Since she didn’t know as much about the sports side of things, she was going to bring in Alex on her deal. She thought that they would be able to hit both sides of the market. She offered $150,000 in exchange for 20% if he was interested in going in with her. Alex said that he had some concerns. He said that the problem with young entrepreneurs is running the business gets even more challenging as it scales. Krista said that she was here to try and be open-minded. She knew that she was at the Max with what she could do herself.

Alex said that he would be willing to do the 20% as long as Krista promised to be open-minded, and let them help her walk her through the process. Krista said that was why she was here. Kevin pointed out that she had a deal, and asked her what she was going to do. She said that she had talked to her husband about her equity, and she knew that she had a big business here. She is hoping not to go above 15%. She asked them if they would be willing to take that deal since she had a patent. Kevin asked them if they are going to take that pushback. Alex said that if they split that to come up to 17.5%, they had a deal. Lori also agreed to it. Krista cheered, and the two Sharks went up to hug her on stage.

GloveStix Now in 2018 – The After Shark Tank Update 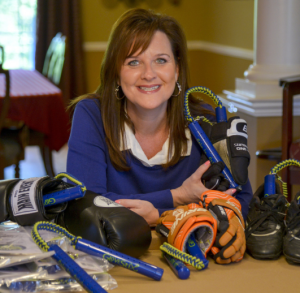 In order to prepare for the huge surge in sales that usually follows after a product comes on Shark Tank, Krista purchased an extra $80,000 worth of inventory. According to an interview in Biz Journals, she didn’t even know if this deal was final yet. She was still negotiating with the Sharks as of November 2017, hoping that the deal would close. At that point, she was looking at getting herself an assistant and beginning to take a salary. In February 2018, Krista told Business 2 Community that she had been selling nonstop since the episode aired in November all the way up until January. It seems like GloveStix will just continue to grow. If you are looking to purchase the product for yourself, check out their website here or Amazon here.