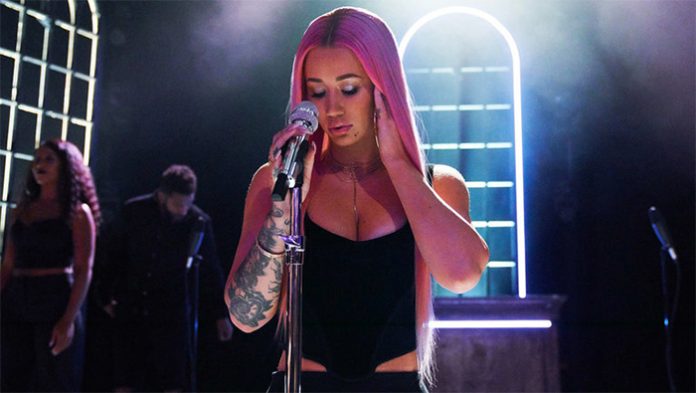 Hailing from Australia, Iggy Azalea initially gained fame for her music videos on YouTube. Signing to Grand Hustle Records, she later launched her career with the release of Ignorant Art in 2011. A year later, she dropped her debut EP, Glory, which gave rise to a handful of songs such as Murda Bizness and Me, Myself, My Money.

Since then, her popularity has only continued to increase. For instance, her debut album, The New Classic, proved to be a major hit upon its release in 2014. Highly acclaimed, more than one million copies have since been sold across the United States.

What is the singer up to nowadays? Has she put together any new projects in the recent months? Can we expect to see any albums from her in the near future? These are some of the questions that we’ll be taking a look at below.

Earlier this summer, the Australian rapper came out with a fourth EP titled, Survive the Summer. Released on August 3, 2018, via Island Records, the project included six tracks—OMG (Feat. Wiz Khalifa), Hey Iggy, Kawasaki, Kream (Feat. Tyga), Survive the Summer, and Tokyo Snow Trip. Her first album in five years, it had been preceded by the single, Kream, which peaked at number 96 on the Billboard Hot 100.

Well received, the extended play has generally been met with positive reviews. Though not as popular as some of her earlier titles per se, it did manage to reach number 144 on the Billboard 144 and number 17 on the Australian Digital Albums chart. To date, the music video for the lead single, Kream, has been viewed over 76 million times on YouTube. Last year, she had also made a couple of guest appearances in Lil Uzi Vert’s Can’t Lose and Zedd’s Boom Boom.

Aside from having worked on the album, the singer has recently also been supporting Demi Lovato on her 2018 Tell Me You Love Me World Tour. Alongside DJ Khaled and Kehlani, Iggy had opened for the North American leg of her tour, which ran from February 26, 2018, to April 2, 2018.

As you can probably expect, the rapper has also been featured in a number TV programs over the past several months. For instance, she has been invited onto Watch What Happens: Live, Droppin’ Cash: Los Angeles The Late Late Show with James Corden, Access Hollywood, and Extra.

Born on June 7, 1990, in New South Wales, Australia, Iggy Azalea grew up in Mullumbimby, where she and her family lived in a house hand-built by her father. Fond of the arts ever since she was young, she eventually began to rap at the age of fourteen. Prior to launching her solo career, she and a couple of friends got together to form a group, with whom she performed briefly.

Drawn to America, she eventually dropped out of high school, in order to work and save money. Later in 2006, she moved to the United States, much to the dismay of her parents, who had been told that she was simply going on a trip. After attaining her GED, she worked in the country illegally until 2013, when she was granted a five-year visa.

By then, she had already launched her music career with the release of a few mixtapes/albums—Ignorant Art, TrapGold, and Glory. With that said, it wasn’t until 2014, that she started to gain mainstream attention with her debut album, The New Classic. Responsible for her rise to fame, it boasted twelve tracks including Impossible Is Nothing, Black Widow, Lady Patra, Change Your Life and Don’t Need Y’all, several of which were released as singles.

A commercial success, the album had entered the Billboard 200 at number three, with over 52,000 sales in the first week. The highest-charting female rap album since Nicki Minaj’s endeavor in 2012, it had charted in several other countries including Australia, the UK, New Zealand, Canada, and Scotland, to name a few. By 2015, the album had received a number of recognitions, including a Grammy Award nomination for Best Rap Album.

Just a few months later, a reissue of her debut album, The New Classic was released in stores on November 24, 2014. Met with positive reviews, it featured five new songs, all of which praised by music critics. In the United States, the album eventually reached as high as number 16 on the Billboard Top 200.

In addition to her solo releases, she has also done a number of collaborations throughout her career. For instance, she had worked with Ariana Grande on the hit single, Problem in 2014, which later went platinum six times in the U.S. Not only that, but she has collaborated with Jennifer Lopez on Booty with T.I. on No Mediocre and with Angger Dimas and Steve Aoki on Beat Down. Some of the other acts that she’s worked with over the years include Angel Haze, Sean Paul, Keyshia Cole, and Travis Scott, among many others.