Keith Colburn is most well known for being the captain of a fishing boat called The Wizard on the Discovery Channel’s show, Deadliest Catch. He also starred in the companion series After the Catch, which showed the fishermen meeting in pubs to “swap fish tales.” He is not participating in the current season of the Deadliest Catch due to a serious infection in his back and spine.

How Did Keith Colburn make their money & wealth?

He was born on March 10th, 1963 in California as Keith Harold Colburn. He has not released the names of his parents, but he does have a brother. Monte Colburn, Keith’s brother, took over for Keith as the captain of the Wizard when Keith got a spinal infection that forced him to take a break from his career.

The captain did not grow up in a fishing family but was drawn to it after a spontaneous trip to Alaska with a friend. They hadn’t planned for their trip well and only brought $50 between them. The pair decided to start on the Alaska Trader. This became a career for Keith, and he took a job on the ship he would eventually purchase – The Wizard.

Keith continued to advance in his dangerous career. He started as a crew member back in 1988 and then got a Mate’s license two years later. This allowed Keith to get off the deck and get into the wheelhouse. Another two years later, and he obtained his captain’s license. He purchased one boat named F/V Sirene before selling it in 2004 and buying The Wizard with his wife. His career led him to reality television in the form of Discovery Channel’s Deadliest Catch. 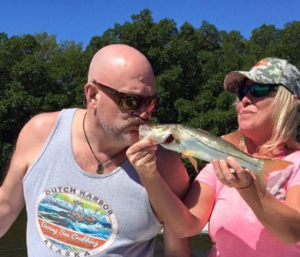 Keith was married in 1987 to Florence, who took his last name of Colburn. They had two children together, a son named Caelan and a daughter named Sienna. She appeared in one episode of After The Catch, so she did not particularly like being in the spotlight. Keith sometimes posted about their relationship on his Twitter feed, such as a post with her picture on their 25th anniversary. The life of a crabber and a television personality isn’t easy, and being along for the ride must not be easy either. The pair were married for 27 years before divorcing in 2014.

According to a recent article on Chron, a business and finance publication, the captains on crabbing ships make up to $200,000 based on what they caught and could sell. Keith likely made more due to his fame on the Discovery channel, earning a salary from them as well as proceeds from their haul. That impressive sum is earned in only 3-4 months of the year during crab season.

Taking the conservative salary estimate of $200,000, Keith makes about $1666 per day. This is enough to cover rent for two months in a low-cost of living area – at least for a one bedroom.

Keith currently lives in California, although the exact location is not quite clear. 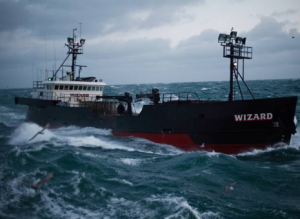 While Keith doesn’t have his own Wikipedia page, his fishing vessel The Wizard certainly does. According to the page, the boat was crafted way back in 1945 by the American Navy. Its original purpose was as a fuel oil barge to use in World War 2. It was sold after the war in March of 1974. That’s when it was redesigned for use in crab fishing. They removed a few of the fuel tanks for extra space and repurposed the others to store dry goods, seaweed, and of course, crab. The Wizard became of the best crab fishing vessels in the late eighties. Keith Colburn and his wife took ownership of it in 2005 and painted it to make it his own.

The Captain of the Wizard is involved in several important charities. In March of 2017, he matched funds with a ski team to be able to give toward the funeral fund for a friend he knew who died working in the same dangerous conditions that he normally works, in Alaskan waters. The same year, he also gave money to charities that protect bodies of water, and aim to reverse climate change.

Keith has managed to fight adversity to build a successful business for himself that eventually attracted the eye of the Discovery Channel.