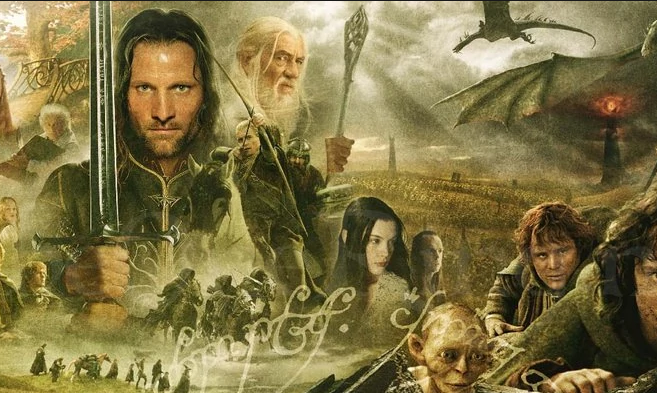 Realistically, most movies can only truly be enjoyed only once. However, this is not at all because they are not great movies it is rather the fact that the vast majority of films seems to lack a certain unknown aspect that makes them timeless movies that will never get boring no matter how many times you watch them. The unidentifiable component of timeless films somehow has a similar effect on us as what comfort food does. A movie that can be watched thousands of times over is something of a comfort that is able to bring up the very same emotions each time we watch them. Here are the top 5 timeless movies that truly contain an unknown magical element.

Quentin Tarantino’s film ‘Pulp Fiction’ brings about an amusing and attention-grabbing emotion that never seems to get old. The combination of incredibly dark humor and thrilling violence has been enjoyed by countless fans ever since its release way back in 1994. This timeless film showcases the glamorous pop culture of the ’90s and the fact that its script contains incredible dialogues that remain quotable throughout the times is just one of the many reasons ‘Pulp Fiction’ can be enjoyed over and over again. The crime drama is undeniably iconic and as a result, it is often listed as a top-rated classic on several lists, such as this list.

#2 The Lord Of The Rings

The trilogy films ‘The Lord Of The Rings’ are a go-to entertainment for so many of us. Even though the movies are incredibly long, this may be some of the reason why they never seem to get boring. It may take a lifetime to fully take in each and every enjoyable moment in the adventurous realm of hobbits, warlocks, and fire-breathing dragons. ‘Lord Of The Rings: The Fellowship Of The Ring’ is the first of the three movies that are packed with endless intrigue.

The 1972 film ‘The Godfather’ can be found on virtually every list of greatest films. Francis Ford Coppola is the brilliant mind behind the production of this timeless film. This incredibly iconic film made cinematic history, broke box office records, and won quite a few Oscar Awards. The memorable performance played by highly prolific actor Al Pacino is just one of the countless reasons why fans simply cannot get enough of this remarkably enjoyable classic gangster film.

#4 Eternal Sunshine Of A Spotless Mind

Jim Carrey and Kate Winslet star in this 2004 film that has been voted one of the six best films of the 21 century. This film could be immortalized by its enchanting storyline of Jim Carrey’s character’s agreement to delete the memory of Winslet’s character from his mind, only to later decide against the permanent procedure.

Hillary Swank’s character in this action-packed boxing film has captured fans from around the world. The 2004 films heart-wrenching storyline is truly captivating and all inspiring. Swak’s incredible performance earned her an Oscar Award and the hearts of countless fans who will never tire of enjoying the film.

The Gazette Review is your daily news source covering everything from world news to personal finance. We provide the most recent, unbiased accounts of the news that matters to you. Contact us: e[email protected]