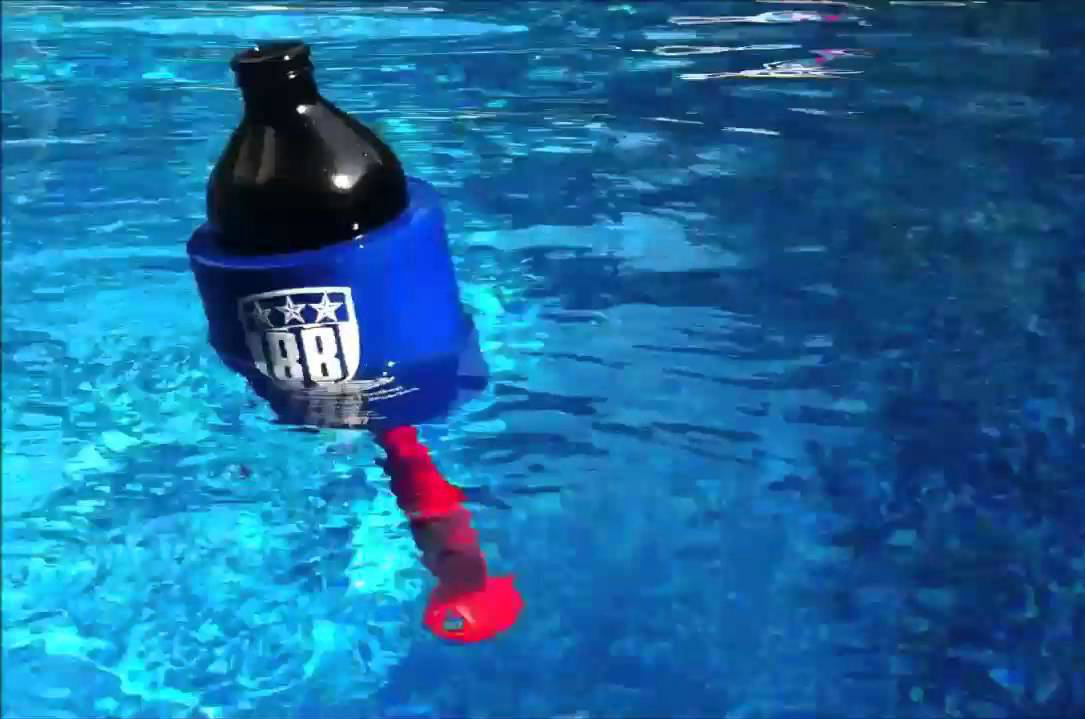 Before introducing the Sharks to the BevBoy creation, he attended the College of Charleston and participated in their One-Year Global MBA Program. During the course of that program, Kevin participated in a Shark Tank-style pitch to local businesspeople in exchange for feedback on presentation and business ideas. Unfortunately, he did not win that exchange. Would Kevin do better on the real Shark Tank? 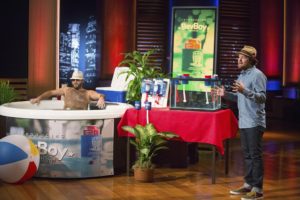 The two men walked out onto the stage, and into the Shark Tank. One of them, serving as a live display for the product, was dressed like he was going to the beach. As the Sharks looked on in horror, he removed his shirt and climbed into a Kiddie swimming pool that was on stage. Mark said that it was nasty as he eyed the man’s hairy back. Kevin laughed, as Robert told the man that he was not attractive. Kevin Waltermire, who was dressed sensibly, interdicted himself and said that he wanted to get 50,000 in exchange for a 15% equity stake in the business. He called his company Beverage Boy. Kevin directed the Shark’s attention to the hairy man in the pool. He said that it’s a scene they have all seen before, a man lounging and relaxing in a pool. Kevin W. Then threw a giant beach ball into the pool, knocking over the man’s drink. Robert exclaimed loudly, and Mark Cuban told Kevin W. To stop the madness. Kevin W. Told the Sharks that the BevBoy was here to save the day, and uncovered sample of his product. It looked like a beer cookie with a rope sticking out of it. Kevin W. Said to think of it as a floating sidekick. It would be useful for pool parties to drink in the pool. He said that their motto is “Work hard, play harder.” The new catchphrase was straight out of the 90’s. – “Booyah!” Robert echoed it back.

Robert asked for samples, and if Lori could get into the hot tub with his friend. Kevin said of course! The more, the merrier. The man in the pool gestured for Lori to join him. As Kevin W. Handed out the samples, he explained how the product works. It was weighted on the bottom, which made it able to bob with the water, or even handle a larger upset.  It would always bob back up to the surface. Lori asked Kevin W. If he created it himself. He said that he came up with the idea during a pool party in college. A friend fell off a raft into the water, and it was an ah-ha moment for him. Why don’t drinks have something that keeps them afloat in the water?

Mark asked him how much he has sold, and Kevin W. told him that he’d sold 2,500 units or $10,5000 in revenue within the last six months. He mentioned that he was in a couple of stores as well. Robert looked surprised that it was so new. Daymond asked him if it was a modern man’s version of a French invention to drink wine. Kevin W said that he knew Mr. Wonderful liked his wine. He poured other Kevin a glass of his favorite, and set it in a BevBoy, then into the tank on stage.

Lori asked what the product cost to make. Kevin W told her that it costs $2 a unit to manufacture. He sells it for $10 retail, and $5 wholesale. Robert asked why the product wasn’t taking off more since college students should be in the market for it. Kevin said he thinks he isn’t getting it in front of the correct people. Lori asked if he has done trade shows and Kevin W confirmed that he had. He went to one in Chicago and sold out completely. When Lori asked him what stores had taken orders, Kevin W admitted that he did not take any order forms to the shows. Mark and Robert shake their heads.

Mark demanded to know how they could not bring an order form to a trade show. Kevin said that a mentor told him that it was more important to gather information than to get orders. Mark looked flabbergasted and went out right then to Kevin’s disbelief. Mark compared it to not having a pen when he goes to close the deal. Robert said that he wouldn’t judge Kevin W for that. Kevin stated that his idea was awful and that he did not deserve the name Kevin. Instead, Mr. Wonderful referred to him as Zonk. Kevin went out. Robert told him that he was out, saying that he wishes the product has more sales than what he was able to achieve thus far.

Lori said Kevin W. that she’s not sure how o judge sales on a floating berate holder. Kevin W. told her it would be ideal for QVC, but she told him she was thinking more about selling it at Target or Bed, Bath, and Beyond. Daymond said he was thinking more about Party City. He told them that it matches products he was already invested in, and he has a promotional company that would work well with it. Lori said that she would make an offer. Because he did not have very many sales, she would give him the $50,000 that he was asking for, but in exchange for 40%. She said that she felt like she would have to do all the work, but she was still interested. Kevin W. thanked her for her offer, and then immediately asked Daymond if he was interested at Robert’s great amusement.

Kevin told him that he would leave with the name Zonk if he did not take Lori’s deal. Kevin W. told them that he loved both of them, but wanted to see what his options were. Daymond said that he would make the same deal as Lori, just to “stick it to her.” Daymond said he knew it would be a slog, but he has the resources in place to make it work. Kevin W said he was willing to go to 30% if someone would meet him there. Lori said she would take that deal if she can get Bed Bath and Beyond or Walmart to get a purchase order.

Daymond said that he was not budging because he needed the extra money for the licensing. Kevin asked Daymond to meet him at 35%. He said he would take it immediately. Daymond thought about it for a couple of seconds, and then he took it. The two shook hands, and Kevin declared that he was no longer Zonk.

BevBoy Now In 2022 – The After Shark Tank Update

As far as we can tell, the deal with Daymond never closed. Being on the show, however, did give the company some publicity, which helped increase sales. Still, their following remained small. By 2016, they only had 1,200 likes on Facebook.

That same year, they updated their mascot to a beer-holding otter. They were also featured in a Buzzfeed article about “awesome summer products.” However, that was as far as they got. Within a year, the company had shut down. Their website went dark and their social media pages were also abandoned (interestingly enough, their former domain now features various thank you letters to workers). Take their Facebook page, for example, it hasn’t been updated since March 2017. Even then, their posts didn’t receive a lot of engagement, which goes to show just how small they were.

In the end, it was never revealed how many units they sold since their Shark Tank appearance but we’re guessing it wasn’t many seeing as how they went out of business. The product didn’t have many reviews on Amazon either—just two and they only consisted of a few words, which made us doubt their authenticity. Many copycats have also appeared on the site over the years, some of which are actually cheaper than BeverageBoy. If anything, it might actually be a factor in why they went out of business.

What is the entrepreneur up to nowadays? According to LinkedIn, he launched a new company in the tech and music industry called MusicBoxx in 2015, which allows you to “catalog your life through music videos.” However, the app has yet to be released on the app store despite it having been several years. It doesn’t seem to have a website either, which makes us question whether or not the project is still active.

Around the same time, he launched another app called MusicBoxx Promo, which is a promotional tool that artists can use to promote their upcoming shows on social media. Allegedly, the first music venue to have signed on with them was Charleston’s The Royal American.

Another interesting thing that we’ve noticed is that he still has BeverageBoy listed as being active on his profile.

As far as we can tell, however, his day job is with ONE Cannabis Group, which he has been working for since 2018. More specifically, he helps the company operate dispensaries in the Colorado area as the Director of Business Development. Not only that, but he also deals with their cultivation sites.

Given all that, we probably won’t be seeing him on the show again anytime soon. For one thing, it’s already been five years since the company shut down.

The Gazette Review is your daily news source covering everything from world news to personal finance. We provide the most recent, unbiased accounts of the news that matters to you. Contact us: [email protected]azettereview.com