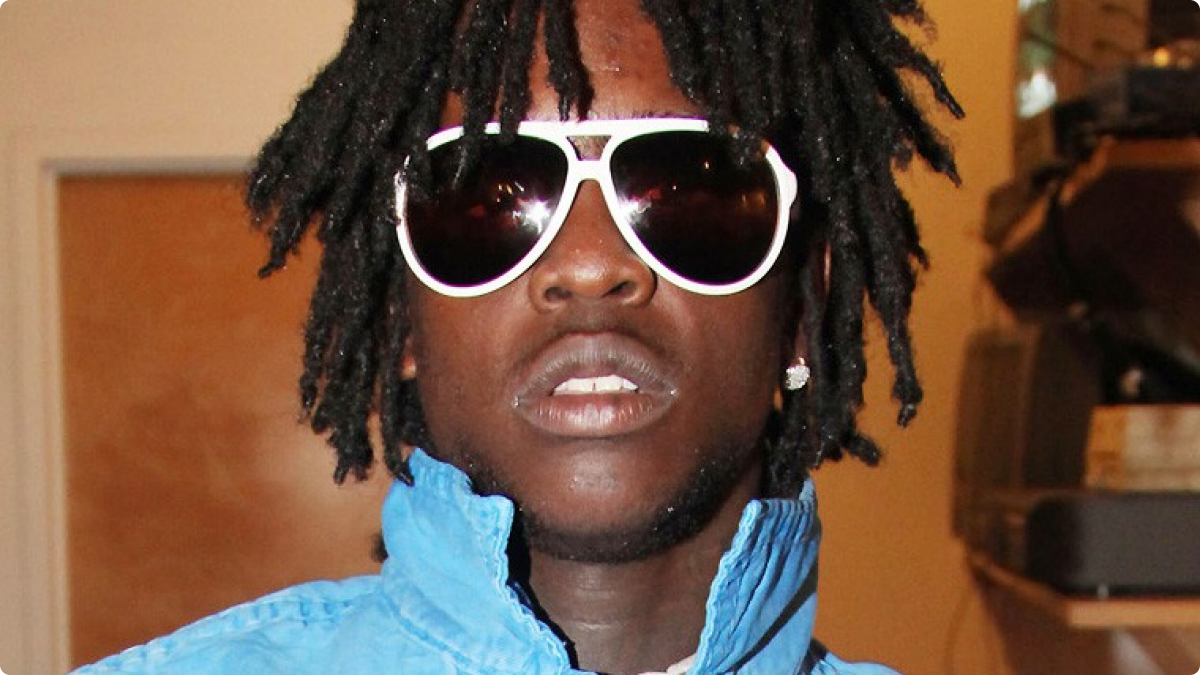 How did Chief Keef make his money & wealth? 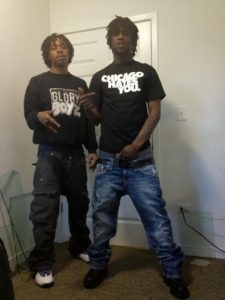 Keith Cozart, better known by his stage name Chief Keef, was born in Chicago in 1995. Keef took to rap at a young age, and it’s said that he began rapping at the age of 5. By the time he was in high school, he amassed a small fan base of teens who were local to Chicago’s South Side community. In December of 2011, a year after Keef had dropped out of high school, he was arrested for unlawful use of a weapon and placed under house arrest. While he was under house arrest, Keef recorded different mixtapes and music videos, posting them to his YouTube channel. The hip-hop world was captivated by the young artist’s image and sound, and they were humored by the fact that this budding star was under house arrest at his grandmother’s house. He was beginning to attract the attention of a lot of people — and these just weren’t kids who he happened to go to school with anymore. He was beginning his transition to the spotlight.

Around this same time, Keef’s song “I Don’t Like” had achieved viral popularity. The song’s music video was uploaded in March of 2012, and by December of 2012, it had gained over 30 million views on YouTube. The song caught the attention of more popular mainstream artists like Kanye West and Big Sean, who remixed the song. By the time Keef’s house arrest had ended, he was one of the biggest, newest names in the game. On December 18, 2012, he released his debut studio album, Finally Rich. The album featured guest artists like Wiz Khalifa, Rick Ross, and 50 Cent. The album sold 50,000 copies in its first week, and it was mostly positively received by critics. He’s continued to release albums since then, and he was even featured in a track off of Kanye West’s Yeezus album.

True to his gangsta rap persona, Keef ran into a lot of legal issues throughout the duration of his career. Between 2012 and 2013, he was charged with crimes such as probation violation and disorderly conduct, and he has run into multiple legal spats with companies who cite losses due to Keef failing to appear for performances or appearances. His most recent release was Sorry 4 the Weight, a mixtape that Keef put out in February of 2015. His fans have been frustrated with his recent lack of new material, and in March 2016, Keef took to Twitter to announce that he was retiring from the rap game. It’s currently unknown whether or not this claim was serious, but there have been recent leaks of new Chief Keef tracks, so I would take his “announcement” with a grain of salt for now.

As far as we can tell, he isn’t married. He does, however, have children with a few different women. His youngest son, Krue Karter Cozart, was born in 2014.

He’s said to have earned around $74K in 2021, though it hasn’t been confirmed. We’re guessing a good chunk of it goes toward child support as he’s gotten into trouble for it in the past.

How much does Chief Keef make per show?

He makes anywhere from $40K to $85K per show, which is a considerable drop from what he was making at the height of his career in the early 2010s. And due to the covid-19 pandemic, he likely hasn’t had that many.

Where does Chief Keef live? Picture of Chief Keef’s house 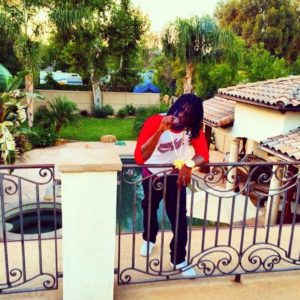 He relocated to Los Angeles in 2013 after being evicted from his Highland Park home. According to an interview with Billboard, it has helped him “get away from all the unnecessary trouble” and has “inspired [him] to go somewhere bigger.” Since then, he has posted a number of photos of his mansion on social media, which boasts a hot tub and swimming pool.

What does Chief Keef drive? Picture of Chief Keef’s car

Earlier this summer, he introduced his new vehicle- a two-tone yellow and black Lamborgini that he customized into The Mystery Machine (yes, from Scooby Doo). For the project, they used Blitzwrap, which covered the entire car including the wheels and bumpers. It even says “The Mystery Machine” on the back window.

Although Keef’s controversial public image doesn’t make him very well-suited to represent charities, he’s no heartless goon. In July of 2015, one of Chief Keef’s closest friends Marvin Carr was murdered in a violent crime in Chicago. The drive-by shooters, after gunning down Carr, then went on to run over and kill an infant in a stroller. Outraged and deeply affected by the tragedy, Chief Keef founded the Stop the Violence Now Foundation, an organization that dedicated itself to discouraging the spread of violent crime throughout the Chicago area. Keef attempted to hold a charity concert to aid those affected by the crime, and due to warrants that he possessed in Illinois, he was forced to perform through a Hologram. Keef was able to perform a single song before the local police shut him down, claiming that Keef’s music in itself incited violence.

In 2019, he and Zaytoven collaborated on a mixtape titled, Glotoven. He also worked with Youngboy Never Broke Again on the track, “Fireman.”

The next year, he was featured in Lil Uzi Vert’s studio albums, Eternal Atake and Lil Uzi Vert vs. the World 2. For the latter, he appeared in the song, “Bean (Kobe),”, which has since become his highest-charting song on the Billboard Hot 100 music chart.

And in 2021, he released a new album titled, 4NEM. Produced by Young Malcolm, Akachi, and Slowburnz, it featured 15 tracks including “Say I Ain’t Pick Yo Weak Ass Up”, “Hurry B4 the Gate Close”, “I Don’t Think They Love Me”, “Like It’s Yo Job”, and “Picking Big Sean Up.” For those who are interested, you can stream the album for free on YouTube here.

On June 6, 2022, he also founded a record label called 43B (“Forget Everybody”), which is a partnership with BMG Rights Management and RBC Records. Their first signee was Lil Gnar, a singer and rapper that’s based in Atlanta.