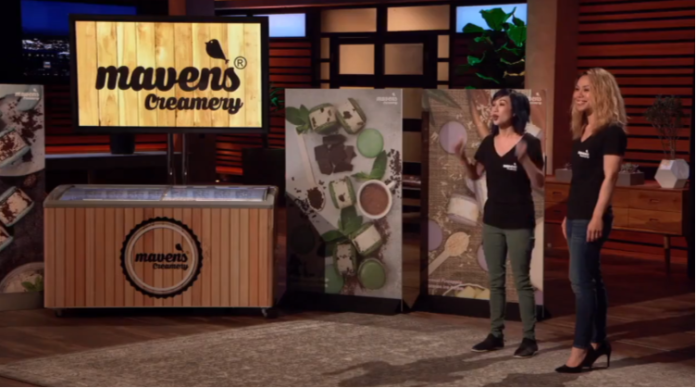 Mavens Creamery is a confectionary company that was started by Gwen and Christine Nguyen who are from California. Mavens Creamery makes macaron ice-cream sandwiches. The ice cream is sandwiched in between 2 macarons. They use natural ingredients and have 30 different flavors to choose from.

The sandwiches can be preserved for 6 months making them a snack that is accessible to anyone at any place, at any time. Gwen and Christine both had successful careers in other fields before they started Mavens Creamery.

Mavens Creamery is the only manufacturer in America that makes the Macaron ice cream sandwich. They make the macarons and ice cream themselves. A macaron is a confectionary that is made using egg white, icing sugar, almond meal, and food coloring. It’s easy to confuse the macaron with the macaroon but that’s an entirely different treat.

Gwen and Christine had seen that their treats were popular and were experiencing a growing demand that they couldn’t match in supply. Their profit margins were also low and they needed more money to grow. They also wanted advice on how they could become more profitable. These are the reasons why they applied to be on Shark Tank.

Their applications were successful and they were invited to be on the 20th episode of the 10th season. 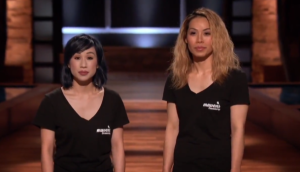 Gwen and Christine went onto Shark Tank seeking $400,000 and were willing to give 10% of their company.  On the show, Gwen and Christine gave their presentation and went with some samples for the sharks to taste.

The macaron flavors that they gave the sharks were cookies n cream, strawberry shortcake, salted caramel, and chocolate toasted almond.  The sharks liked the treats and Barbara said that it was very light although it looked quite heavy.

After tasting the products Kevin asked how long the taste was preserved because the macarons had eggs that go bad very fast. He was told that it would last for 6 months when frozen. Mark Cuban then asked them what their sales for that year had been. He was told that they had made $1,250,000 and expected to realize $2,1000,000 in revenue by the end of the year. Mavens Creamery was expected to make $167,000 in net profit.

Kevin asked the Nguyen sisters how they planned to expand because the delicate nature of the macaron made it difficult to mass produce. Mark Cuban also asked them how much further they could expand with one factory and at what point would they have to open another one.  Christine said that expansion was the main reason why they were in the shark tank. Their bakery had almost reached full capacity.

Lori asked them if they had a retail store and was told that they didn’t have any. Gwen and Christine then explained their sales model. They mainly targeted retail stores and grocery chains for sales. They said that every retailer who sold their product also got a freezer.

Mark Cuban then asked what the price of a freezer was. He was told that the freezer cost $1400 which he thought was high. Kevin asked if they had to fund the freezer and was told that they did have to fund it. Maven Creamery had partnered with an equipment company and offered them a royalty on all sales. They paid $0.15 to the company for every unit that they sold. 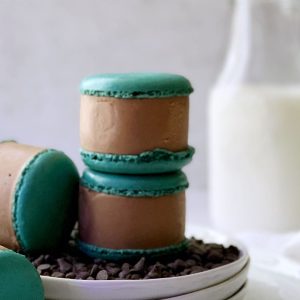 Lori was curious about how they came up with the idea. Christine said that they were inspired by their father’s struggle to succeed in life. Their father had migrated to America to escape the communist regime and worked 2 jobs 7 days a week for 20 years to provide for his daughters. Gwen also said that she had reached a point where she was tired of her career and set out to be an entrepreneur so she started the company.

Internet articles were the only resource available to Gwen and it is from them that she learned how to make macaron ice cream. Daymond asked what the long-term vision for the product was. Gwen said that they want to automate the production process to reduce the production cost, especially labor.

The cost of labor was high and likely to get higher but a machine that cost $200,000 would reduce this cost. Mark Cuban then left. He said that he liked their product but their margins were extremely slim and a small decline in sales would affect them greatly. Their position was too risky for him so he left.

Lori then left. She said that she liked the product but it was not investable for her. Daymond then left because he didn’t think he could get any value from it. Kevin said that they had overvalued the company. Seeking $400,000 for 10% meant that they valued the company at $4,000,000 but to him, it was only worth $800,000.

Gwen said that they were going to realize $2,000,000 in sales and Kevin pointed out the low profit margin. Gwen tried to give an explanation but Kevin then left. Barbara was the only shark left and she offered them the $400,000 with $200,000 to be used to upgrade the facility and another $200,000 to be used as credit. She asked for 33.3% of the company in exchange for the amount.

Barbara said that she had a lot of knowledge about their line of work and knew how to expand rapidly. She would be bringing more than just money. Gwen countered her offer and offered her 20% of Mavens Creamery for her amount.

Barbara said that she would settle for 25%. Gwen and Christine agreed to the offer and they made the deal. As they left the Nguyen sisters said that they thought Barbara saw herself in them and this created a deep connection. They were very happy with the deal made.

Mavens Creamery Now in 2022 – The After Shark Tank Update 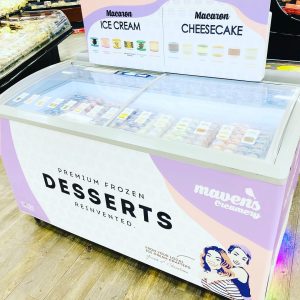 After it partnered with Barbara, Mavens Creamery has experienced an exponential amount of growth. Their product is now found in several stores not just in the state of California but in other states as well including Colorado, Nevada, and parts of the Midwest. It is currently partnering with retail outlets and has already partnered with Vons, Pavilions, Safeway, and Whole Food Markets.  They also launched their website and on it, they provide the stores stocking their product.

Mavens Creamery has experienced a lot of growth digitally and has more than 22,000 followers on Instagram and 4,000 followers on Facebook.  It makes an annual revenue of around $3,000,000. It employs a staff of 18 to make its products. Although it is making more profit, the average employee income is still lower than the industry average.

The business is operating successfully and the Nguyen sisters sustain the dream that their father worked for.