Hayes Grier Net Worth 2018 – How Much The Social Star Makes 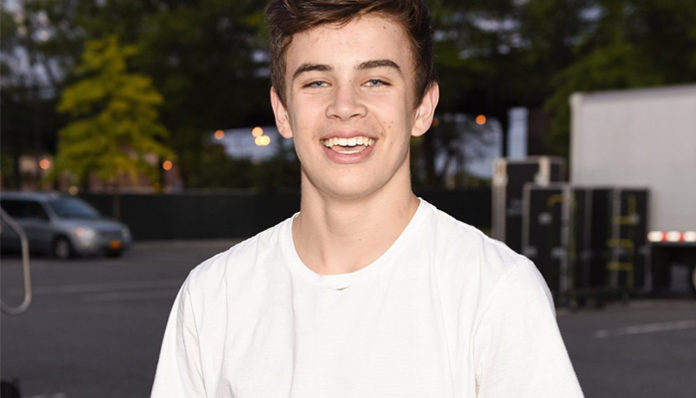 Internet personality Hayes Grier rose to fame in the early 2010’s for his popular Vine videos. Hailing from North Carolina, he first got involved with social media in his early teens, after seeing his older brother achieve success online.

In 2013, he joined joined millions of others on the video-sharing platform, Vine- little did he know at the time, that he would eventually become one of the most popular users on the app. Making use of his comedic talents, Grier began sharing a number of clips on his page, all of which quickly garnered thousands of hits.

By the time the platform closed in early 2016, his follower count had grown to 4.4 million. Since then, he’s re-focused his efforts on his other accounts such as Youtube, Twitter, and Instagram. Considering the size of his following, it’s not surprising to know that his online endeavours have earned him a considerable amount throughout the years.

What is his overall net worth? Where does his wealth stem from? Let’s take a look at the answer to these questions.

How did Hayes Grier Make His Money & Wealth? 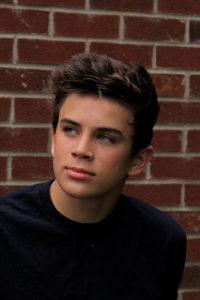 Born on June 8, 2000, in North Carolina, Hayes Grier enjoyed an idyllic childhood with his three siblings. As a student, he attends Davidson Day School, where he is involved in sports. Ultimately, he decided to get involved in social media after witnessing his older brother Nash Grier’s success on Vine. Following suit, he soon made an account for himself on the video-streaming platform.

Fortunately for Grier, his brother’s fame helped to give his account an initial boost at the beginning of his Vine career. Determined to make a name for himself in the online community, he soon recorded and posted a number of comedic clips onto his page. With his distinctive humour, his content quickly quickly garnered thousands of plays within just a few hours.

As his presence on Vine grew with time, he started to rack up an impressive amount of followers. Before long, Grier was collaborating with the likes of Aaron Carpenter, Shawn Mendes, Taylor Caniff, Cameron Dallas, Jack Johnson, and Matthew Espinosa. Of course, he also did a number of collabs with his brother, whose fame helped to bolster his own.

Eventually, their popularity led the two brothers to take part in the 2014 Magcon Tour, a Meet and Greet Convention, featuring several Vine stars. Among those that also participated included his friends Jack Gilinsky, Mahogany Gordy, Jack Johnson, among a few others.

Incredibly popular, many of the dates ended up selling out prior to the actual event. Kicked off on March 15, 2014 at the Hilton San Diego Bayfront in California, the tour continued for six days, before ending at the Miami Airport Marriott, in Florida. Grier’s first major public event, the stints would have presumably earned him some extra cash.

Not only did the tour help to bolster his popularity, but it also caused an increase in his Vine followers. Over the next two years, Grier’s continued to put forth a number of Vines, all of which were met with acclaim, especially by fans. Unfortunately, it was announced in October 2016 that the video hosting platform would be shutting down its services come 2017.

By then, Grier’s had well over 4.4 million followers- a figure that had been increasing steadily prior to Vine’s shut down. While users are no longer able to upload clips onto their page, one can still view and download old Vines online- thus, Grier’s previous work still lives on on the web.

Following the end of Vine, the platform responsible for his initial fame, Grier- like many others, turned his attention towards other social media sites. In particular, the North Carolina native began focusing his efforts on his Youtube channel, which he had actually created back in November 2013- not long after the launch of his Vine career.

As of June 2017, Grier’s Youtube channel is just a little ways away from reaching the one million milestone, at 915,000 subscribers. Across all of his videos, the social media personality has also managed to amass more than 9.9 million lifetime views on the website- quite impressive for a seventeen year old.

Since he first created his Youtube channel, he’s uploaded dozens of different videos onto his page, from vlogs to challenges with friends. Currently, his most viewed title is that of Yeeter’s Gym, which has since been streamed over 2.1 million times online. Second to that, his videos Life with Nash and Lemon Challenge – Hayes Grier & Carter Reynolds, have garnered 1.9 million and 1.6 million views each.

According to Socialblade, his subscriber count grows by 1,100 every month; as far as his videos go, they also receive an average of 121,000 views on a monthly basis. Obviously, with those kind of numbers, Grier has been able to monetize his Youtube channel.

As a member of Google’s ad partnership program, Grier would earn upwards of $5 (the exact amount depends on a number of factors such as content and audience location) for every 1,000 monetized views. Of course, not all of his video views would be monetized by the site; according to reports, only 40% to 60% of the total view count is monetized by Youtube.

Assuming that all of the above is true, a little math yields us a rough estimate of $8000 to $20,000- this offers us a general idea of what Hayes is capable of making passively just from his Youtube videos alone.

On Instagram, the former Vine star has also managed to amass over 5.9 million followers. With that kind of following, Grier would be consider to be a “social media influencer”, that is, it wouldn’t be uncommon for brands to approach him regarding product sponsorships. How much can someone earn from such endorsement deals? Allegedly, it’s not uncommon for a celebrity to receive a few grand for a brand mention; company campaigns would of course, yield a much greater amount.

Offline, Grier has also banked a significant amount from putting on live performances. Since he hit the stage for the first time back in 2014 in Los Angeles, California, he has entertained crowds at a number of cities form New Orlean to Milwaukee. For instance in 2015 alone, he travelled to more than a dozen different venues, where he proceeded to perform on stage.

This year is no exception- From February to March 2017, Grier’s  travelled to over a half a dozen cities from San Antonio, Texas, to Munhall, Pennsylvania. We don’t know how much his booking fee is, but each of his performances would undoubtedly earn him a hefty pay check.

As far as other endeavours go, the teen authored his first book, Hollywood Days with Hayes, a novel based on the hit episode story, in November of 2016. In 2014, he even launched his own clothing line through Aeropostale with his brother, and longtime friend Cameron Dallas.

As an actor, he recently also made his small screen debut in the Hulu TV series, Freakish, where he plays the character Noodle Nelson; in total, he appeared for six episodes.

Speaking of television appearances, he has also been invited onto the shows The View, Good Morning America,Access Hollywood Live, and Top Grier over the past years.

In 2015, Grier also competed in the popular dancing competition series, Dancing with the stars. At just fifteen years old at the time, he became the youngest competitor to have ever been on the show. Partnered with professional dancer Emma Slater, the pair made it to week seven, before getting eliminated; they uiltimately finished in eighth place.

Shortly afterwards, it was announced that he had signed a publishing exposure deal with Creative Artists Agency. Following that, he revealed that he’ be joining the 2015 Dancing with the Stars Tour.

Currently, it is estimated that Hayes Grier has a net worth of $3 million. So the big question- where did this wealth of his come from? Drawing from everything that we’ve said above, it can easily be seen that he has two major sources of income- the first being his Youtube account and the second being his concert shows.

With everything that he has going for him, both on social media and on television, it’s hard to think that his fortune won’t be increasing in the near future.

No, the North Carolina native is not married. From what we can tell, he is currently single. Having said that, he was recently spotted with a girl on his lap on Snapchat; to this day, her identity has never been revealed- one can only wonder whether or not she’s a friend or something more.

In the past, Grier was in a relationship with Jordan Griffis. In fact, just recently, he found himself in a battle with his ex on Twitter, which ended up making the headlines.

Does Hayes Grier Have any Children?

No, Hayes Grier does not have any children.

Did Hayes Grier Go to College?

The last time we checked, Grier was still a high school student. He has not yet revealed his plans after graduation- for now, it’s anyone’s guess as to whether or not he will be attending college.

Not much is known about where he lives, other than the fact that he resides with his brother in North Carolina. With their combined salary, the two can easily afford a comfortable home between the two of them.

We unfortunately do not have any pictures of Hayes Grier’s house to share with readers at this time.

What Kind of Car Does Hayes Grier Drive?

It’s unknown what kind of vehicle Hayes Grier currently drives. Having said that, we do know that apart from the typical four-wheel car, the comedian frequently rides a dirt bike.  In fact, he was just recently caught in an accident while riding his bike, one that landed him in the hospital.

At just seventeen years old, Grier’s resume is more impressive than most teens. Not only does he have millions of followers online across multiple social media platforms, but he’s also made his television debut in the series, Freakish (2016).

Speaking of which, he’s also the youngest contestant to have ever participated in ABC’s dancing reality competition, Dancing with the Stars.

As mentioned above, Grier recently went on tour this year from February to March 2017. Since then, he hasn’t made too many public appearances.

Having said that, he has of course, been regularly updating his Youtube channel with new videos.