Top 10 Best Selling Magazines in the World In 2022 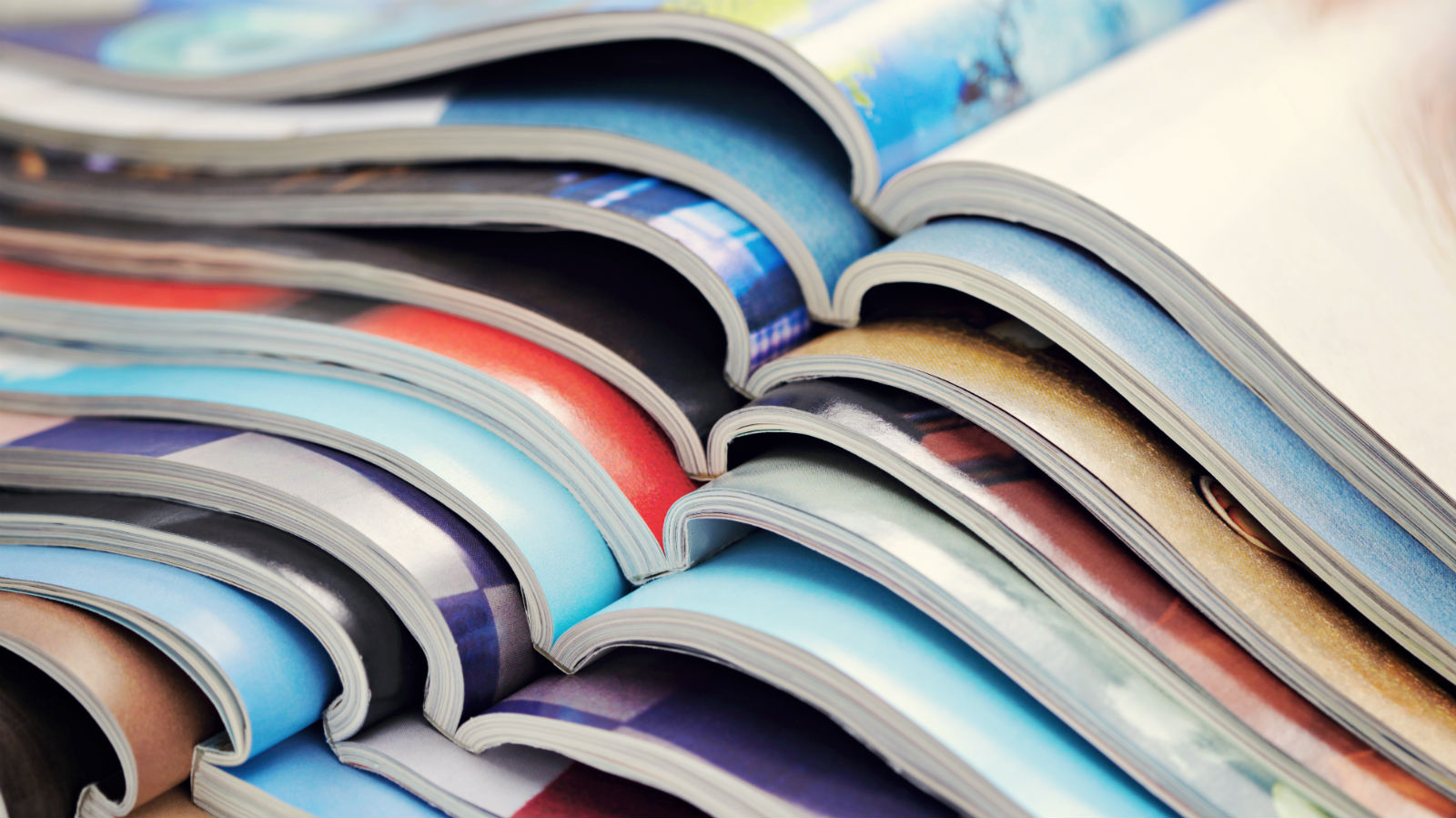 Over the course of the last few decades, print publications have been phased out in place of online publications. It’s the way of the world now. Most people prefer to read news online over print. However, print magazines seem to still have a place in the world. Millions of magazine copies are circulated per year in the United States alone. When we look at magazine circulation on a global scale, what are the best-selling magazines in the world? In this article, I’ll answer that burning question.

Top 10 Most Popular Magazines In the World

Without further delay, let’s take a look at the top ten best-selling magazines in the world. 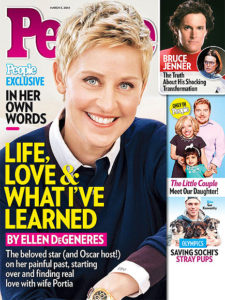 People is one of the largest magazines in America, with a readership of over 45 million adults. In 2011, it pulled in more ad revenue than any other American magazine, with $997 million. The magazine is well-known for publishing celebrity news and gossip, and it is also fairly well-known for its special “Sexiest Man Alive” and “Sexiest Woman Alive” issues, which are released on a yearly basis. People has been around since 1974, and its Sexiest Man Alive issues have been around since 1985, so it’s fair to call it a significant part of the publication’s history. Although People is still successful in print, it also has an online publication, which primarily posts celebrity and internet-related stories. 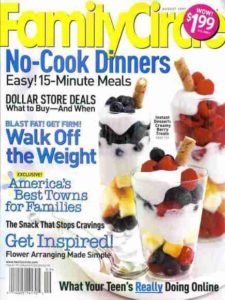 While magazines like People prefer to publish stories pertaining to celebrities and the entertainment industry, magazines like Family Circle are a little more modest. Family Circle is an American magazine that specializes in topics pertaining to home economics and women’s interests. The home-oriented magazine began publication in 1932, selling predominantly to mothers and wives in grocery stores. Today, this New York City-based publication circulates around 4 million issues per year. Family Circle is the first Meredith magazine to appear on this list, but I can assure you that it won’t be the only one. Keep reading! 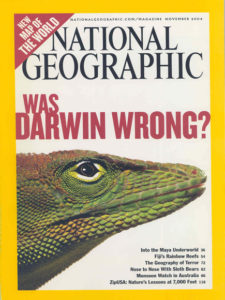 National Geographic is a monthly magazine that’s best known for its photojournalism. Originally released in 1888, it was a scholarly journal before becoming a full-fledged magazine. One of the most popular magazines of all time, it includes articles on history, science, world culture, and geography. In recent years, it has also become outspoken on various environmental issues. Currently, it’s published in 29 different languages worldwide.

Game Informer is a monthly video game magazine that features strategy, news, and reviews of video games- mainly those on the Nintendo Switch, Playstation 5, Playstation 4, Xbox Series X, and Xbox One. It debuted in the summer of 1991 as a six-page magazine and was published bimonthly until 1994 when it became monthly.

As of 2022, the magazine is owned by GameStop (they purchased FuncoLand, the original video game retailer that started the publication), who promotes it in-store. Since the 2010s, it has transitioned to a more digital focus, though printed editions are still available for purchase. 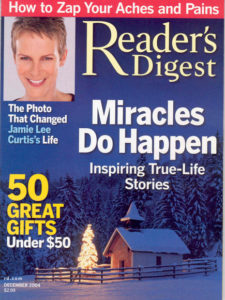 Reader’s Digest is a family magazine that’s based in Manhattan, New York. Founded by DeWitt Wallace and his wife in 1922, it’s available in over 70 countries via 49 editions and is published ten times a year. Known for its compact size (its pages are half the size of a standard magazine), it was the best-selling consumer magazine in the US for numerous years. However, it lost the title to Better Homes and Gardens in 2009.

They also publish a bimonthly series called Reader’s Digest Select Editions, which is a series of softcover anthologies.

Forbes is a business magazine that’s published eight times a year. Owned by the Forbes family and Integrated Whale Media Investments, it features articles on investing, finance, marketing, and industry topics. Not only that, but it also reports on subjects such as science, technology, law, communications, and politics. There are also international versions worldwide.

Over the years, they’ve become known for their rankings, including the Forbes 400, which is a list of the top 400 richest people in America. There’s also the Forbes Global 2000, which is an annual ranking of the top 2000 companies in the world based on profits, market value, sales, and assets.

Time Magazine is a New York-based news magazine. Originally published in 1923, it was the first weekly news magazine in the US and was run by its co-founder, Henry Luce, for many years. It eventually transitioned to a biweekly schedule in 2020. There’s also an Asian edition (based in Hong Kong), a European edition (based in London but also covers Africa, Latin America, and the Middle East), and a South Pacific edition (covers New Zealand, the Pacific Islands, and Australia).

There are also special editions including “Person of the Year” and “Time 100”. The former features an individual or group of individuals who have made significant headlines over the past 12 months while the latter consists of a list of the top 100 most influential people.

There’s even a kids edition called Time for Kids, which is mainly distributed in classrooms. 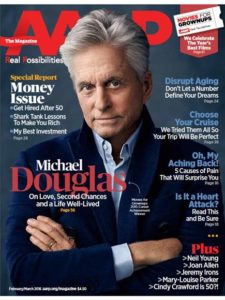 This may seem surprising at first, but it makes a lot of sense once you really think about it. AAARP The Magazine is sent on a bi-monthly basis to every single member of the AARP. (For those who are uninformed, the AARP, or the American Association of Retired People, is a membership senior interest organization.)

This lifestyle magazine is actually the most largely circulated magazine in the entirety of the United States, with over 23 million copies circulated in 2015 alone. Their content primarily focuses on health and age-related topics, and it often features interviews from older celebrities. You may also recognize AARP The Magazine by its former name, Modern Maturity. The publication rebranded itself to its current image in 2002. 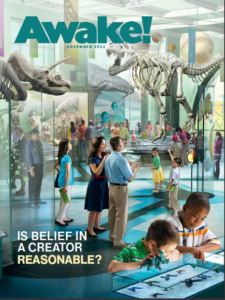 Awake! is a bi-monthly religious magazine published by Jehovah’s Witnesses, and it is the second most widely circulated magazine in the entire world.

Although some Americans reading this may not be familiar with Awake!, keep in mind that this magazine is currently available in over 100 languages, and printed in 19 different countries. It’s been said that around 55 million copies are circulated every two months.

The magazine’s first issue came in 1919, and it primarily contains articles relating to biblical history, health, and nature. As far as distribution goes, Awake! is mostly passed out the old fashioned way. Most copies are directly handed to individuals during house-to-house ministry, or left in public places like libraries and bus terminals. 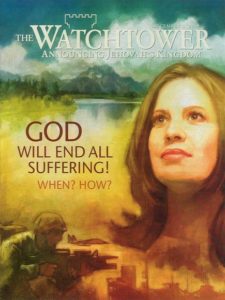 Used in congregation meetings around the world (the magazine is available in 418 languages), it has an average monthly circulation of 14 million. The Public Edition also contains biblical articles relating to a specific theme, which changes from issue to issue.