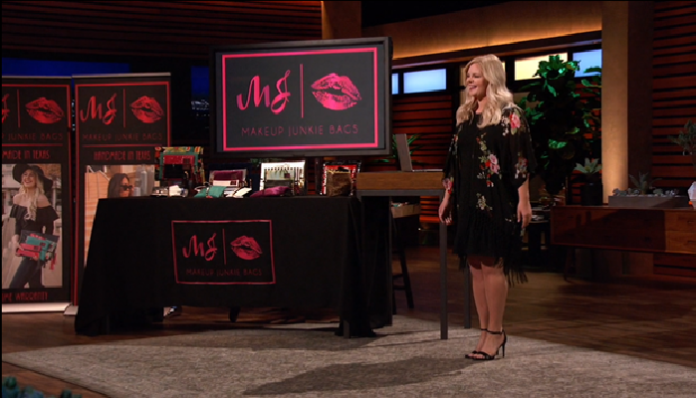 Makeup Junkie is a multipurpose bag that was specifically made to store beauty products when traveling. Its designer, Meredith Jurica, was always obsessed with her beauty products but couldn’t find a way to carry them when she went out. This challenge is what led her to create her first Makeup Junkie bag. The bag grew in popularity and that was how she got into the manufacturing business. Makeup Junkie Bags are designed to lay flat on the surface in contrast to other conventional bags which sit straight up. This means that they are more stable since they can’t be knocked over. 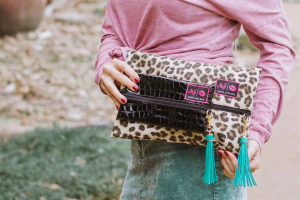 The bags also have a leak-resistant interior so if something spills, the mess will stay on the inside. With its beautiful, soft finishing the bag can be clutched in the hand making it great for both long travels and walks to the local mall. Although she started by selling them on social media, Meredith was soon getting calls from wholesalers for her bags. Makeup Junkie has gone from strength to strength in the time that it has existed. However, Meredith has faced many challenges in growing her business. Although she is manufacturing 6000 bags a month, her supply cannot meet her demand. This is why she is on Shark Tank. She is looking for a mentor and investor to supply more capital and advise her on how to deal with her supply challenges. 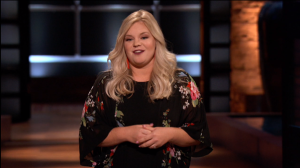 Meredith was looking for a $200,000 investment for a 15% stake in the company. She told them that she had done $100000 in sales in her first 12 weeks of operation which impressed the sharks so much that they gave her a round of applause. She also has her product in 1200 stores nationwide.  Barbara wanted to know what Meredith’s sales at the time were and Meredith said that she had done $1.1- 1.5 million in the 18 months that she had done business. The sharks were once more very impressed. She then told them of problems she had faced despite the success such as getting a reliable supplier. Her experience was so bad she used all her profit to set up her own manufacturing plant in Texas.

Lori wanted to compare the cost of manufacture and the sales price. Meredith told her that for the small bag the cost of manufacture was $6.75. For the larger bag, its cost of manufacture was $7.50. The large bag’s wholesale price was $24 and its retail price was $50. Sara wanted to know what percentage of the company Meredith owned and was relieved to hear that she owned 100% of it.  Meredith also said that she was determined to increase her production even if it meant outsourcing to other countries. She was at the point where if the larger retailers requested for more she wouldn’t be able to give more and she would probably sell the company to them.

Kevin O’Leary stated that he is concerned about the movement to large retail and that companies like Meredith’s are gobbled up by the large-scale retailers with ease. Meredith, in response, said that she has received some sales offers but she can’t accept them because they wanted some cash up-front. 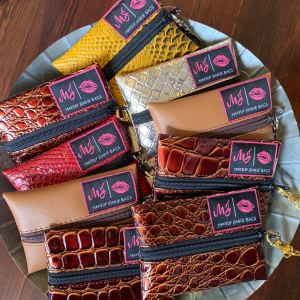 Barbara then withdrew saying that Meredith didn’t need the money she was seeking and she should simply try a bit harder on her own.  Sara also refused to make a bid because she wanted Meredith to retain her business. Mark Cuban was the next to exit because he did not understand how her business operated. Lori was hesitant at first but eventually decided to invest with Meredith she offered her $200,000 as a loan in exchange for a 5% stake and a royalty of $1 per bag in perpetuity.

Kevin then made his offer of $200,000 for 3% of the company. He would also be paid a royalty of $1.50 per bag until $750,000 is paid. Lori was also asked to clarify whether she will charge interest on her loan and she said she would charge 5% interest. Sara came back into the negotiation with an offer of $200,000 and a royalty of $1 per bag. She wanted this to prevent Meredith from giving up a share of her business. However, she wasn’t willing to give as much of her time to the business.  Meredith asked Lori to review her offer and reduce her royalty to $0.75 per bag. Lori accepted and Meredith accepted the offer. 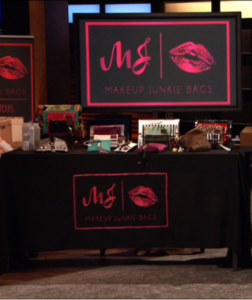 Despite the generous offer she was given at the show, Meredith did not take Lori’s offer. Lori Greiner does have experience working with fashion and has several operations overseas. However, there were some things that they just couldn’t figure out. This resulted in them going separate ways but they still maintain contact. Meredith is still the sole owner of Makeup Junkie bags.  However, that doesn’t mean that there has been a decline in success. After the show, Makeup Junkie bags had at least one thousand wholesale requests. It now has a net worth of around $10 million. The sales strategy has changed. Previously, there was room for focus on wholesale as well as retail but now, the company focuses only on wholesale.

Makeup Junkie bags come in a wide variety of colors and two main sizes. Although they were designed for women, the company has a line for men known as man junk. Meredith has continued to maintain operations in the United States and there is little indication that she will move her operations overseas in spite of the initial thought. Her story is one that shows that it is possible to succeed in anything that you put your heart into. Dedication to functional bags with some aesthetic design is what has taken Makeup Junkie Bags to where they are and it looks like it will continue to grow. It’s an inspiration for anyone who feels overwhelmed not just by their failures but by their success too.