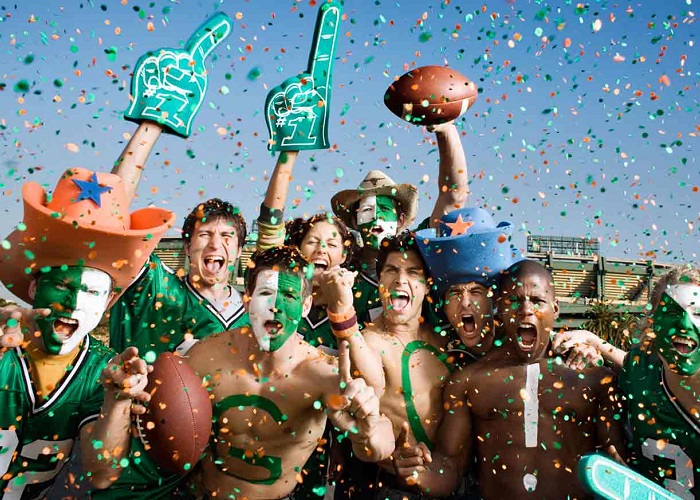 The Olympic summer games in Rio this year attracted a combined global audience of over 1 billion sports fans who tuned in to enjoy the spectacle, and the twenty-eight different sports contested at the event. Some sports have become hugely popular in recent times and followed by millions, occasionally billions, of fans Worldwide. But which sports are the most popular of all?

Without further ado, here are the top ten most popular sports in the world.

More than 450 million people are a fan of golf, a club-and-ball sport that originated in Scotland in the 15th century. Interestingly enough, the word itself actually comes from the Dutch words “kolve” or “kolf”, which means “club”. The goal of the game? To hit the ball into a series of holes in as few moves as possible.

Some of the top athlete golfers in the world include Tiger Woods, Phil Mickelson, Matt Kuchar, Jack Nicklaus, Gary Player, and Bubba Watson, to name a few.

The game is particularly popular in Ireland, the United Kingdom, the United States, Canada, New Zealand, Australia, Denmark, and Finland.

Rugby is in ninth place with more than 475 million fans worldwide. A close-contact combat team sport, it originated in England and is now popular in many countries including the United Kingdom, New Zealand, and Australia.

In contrast to American football, where players wear hard helmets and padding to protect themselves, rugby players wear very little gear on the field.

Some of the best rugby players of all time include Martin Johnson, Zinzan Brooke, Gareth Edwards, Jonny Wilkinson, and Dan Carter.

Baseball is believed to have been brought to the United States by immigrants from Europe as a variation of the English game of rounders, but there are references to similar games being played throughout France as long ago as the fourteenth century. It is the national sport of the United States, Venezuela, and several South American countries and has been played in North America since at least 1791.

The sport holds a special place in American history and has been instrumental in spurring the American love of sporting events, in particular the Little League Baseball organization, based in Pennsylvania has allowed children as young as four to enjoy structured, well-organized competition in the sport.

It is followed by 500 million fans and is most popular in North and South America, although its popularity has grown dramatically in parts of Europe throughout the last few decades. 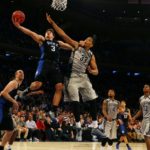 In 1891 a Canadian Doctor, James Naismith was employed as a physical education instructor at the YMCA training school in Springfield, Massachusetts. Seeking an activity that would keep his students at a good level of fitness during the long New England winter months, he devised the basic rules of what has today become the global sport of Basketball.

Originally played with a soccer ball and a Peach basket, the sport spread to other YMCA’s throughout America and by 1895 it had arrived in Canada and was played in many high schools. The sport became hugely popular in the 1920s and hundreds of professional teams were founded throughout the country. I

In 1946, the Basketball Association of America (BAA) was formed and the first game in the new association was played in November of that year in Toronto, Ontario, between the Toronto Huskies and New York Knickerbockers. 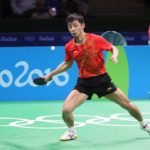 Table Tennis began as an after-dinner game played by the upper classes in Victorian England. The game soon caught on amongst residents of British territories and by 1890 it was played in many British colonies.

Originally the game was known as ‘Whiff-Whaff’ but fortunately, someone realized that it needed a far more serious name and it became known as Ping-Pong or Table Tennis. The International Table Tennis Federation was founded in 1926 and the first World Championships took place in London, England in 1926.

By the 1930s the game had become hugely popular in parts of Asia, in particular China where it had a fanatical following. 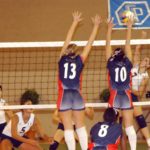 In 1895, just four years after the invention of Basketball, another YMCA physical education coach, William G. Morgan, created a game called ‘Mintonette’. The game was intended to be a suitable indoor sport that required less physical prowess than Basketball and could be enjoyed by older players wishing to stay fit.

An early spectator coined the phrase Volleyball due to the many extended volleys that games were composed of and the name stuck. The game spread to Canada by 1900, and during World War I 16,000 volleyballs were distributed by the American Expeditionary Forces to their allies and troops, and the game grew in popularity throughout Europe as a result.

Men volleyball was officially introduced at the Olympics in 1964 and its popularity led to Beach volleyball becoming an Olympic sport in 1996. Its 900 million fans live throughout the World, but the sport has become particularly popular in Russia and Eastern Europe during the last decade. 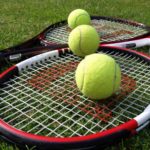 The first forms of tennis were played in Northern France as long ago as the 12th Century. King Louis X of France played an early version called ‘Jeu de Paume’ (Game of the Palm) and the pastime grew in popularity amongst the aristocracy of Europe.

The modern version of the game was devised in Birmingham, England, in 1859, and the first tennis club was founded in 1872. The annual Wimbledon Championships, the Worlds oldest tennis competition, began in 1874, and by 1880 the sport had crossed the Atlantic and the first American National Championship was held in Staten Island, New York.

In modern times the game is played Worldwide by people from all walks of life and the top players win millions in prizes and millions more in lucrative sponsorship deals. The highlights of the tennis year are the four major tournaments, The US Open, the Australian Open, the French Open, and Wimbledon, which attract millions of viewers each year, and these days the sport is followed by a billion fans throughout the World. 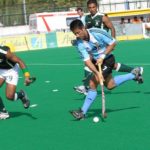 Although field hockey was played since the middle ages in The Netherlands, Scotland, and England, the modern game grew in popularity in the English public school system in the nineteenth century. The Hockey Association was founded in 1886 and the first international match took place in 1895 between Ireland and Wales when the Irish team won by three goals to nil.

The game was inaugurated as an Olympic sport in 1908 and the competition was dominated by India and Pakistan until 1968. With the introduction of synthetic pitches in the 1970’s the domination of those two nations ended as artificial surfaces were too expensive for developing nations, and other nations began to challenge the previous masters of the game, most notably The Netherlands, Germany, New Zealand, Australia and Spain.

Despite their lack of form in recent years, Pakistan, where field hockey is the national sport, holds an unbroken record of four World Cup wins to this day and many of the sport’s two billion fans are from there and neighboring India. 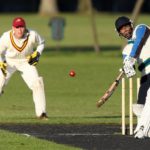 The exact origins of Cricket are not known, however, it is believed to have originally been a children’s game that was played in England at least as early as 1550. By around 1610 it had begun to be played by adults and its popularity grew.

Matches were often held between neighboring villages on a casual basis and as the British Empire grew, so did the popularity of Cricket, particularly in Australia and the Indian subcontinent.

By the 19th-century cricket clubs were formed at the county level, with the first being Sussex County Cricket club in 1839, and the sport soon became established in North America, The Caribbean, South Africa, and New Zealand. 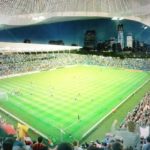 The earliest known form of soccer was played in China during the Han Dynasty, around 200 BC, in a game called ‘Cuju’, which translates literally as ‘Kick Ball’. The modern game was founded in England in 1883 with the formation in Britain of the Football Association (FA), which standardized the rules for competition.

The popularity of the sport grew rapidly throughout Europe and an international governing body, FIFA was founded in Paris in 1904. Today the sport is played at a professional level throughout the World, with an estimated 250 million people playing it regularly at an amateur level. The popularity of the sport grew in South America, Australasia, and Asia, and in 1930 FIFA held the inaugural FIFA World Cup. The competition has been held every four years since then, with the exception of 1942 and 1946 when World war two halted the competition.

Today top players can expect to earn hundreds of millions of dollars annually, and are treated with almost religious respect by legions of passionate fans. Brazil is generally recognized as the most talented national team and leads the World Cup rankings with five wins throughout the competition’s history. Today the sport is followed by 3.5 billion fans Worldwide.