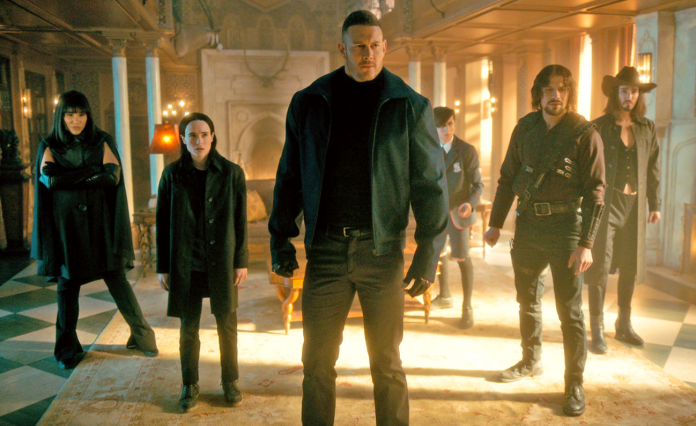 Netflix has renewed The Umbrella Academy, a superhero series that’s based on Gerard Way’s comics, for a fourth and final season. The show’s creator, Steve Blackman, said in a statement that “[he’s] so excited that the fans of [the series] will be able to experience the fitting end to the Hargreaves siblings’ journey”. He also teased that they have “an amazing story” planned for season four—one that will keep viewers on the edge of their seats.

Season three of The Umbrella Academy, which was released on Netflix on June 22, 2022, ended with the newly created black hole aka ‘kugelblitz’ devouring the world as we know it. Sir Reginald, the siblings’ father, attempted to reprogram the universe before it was completely gone but was ultimately interrupted by Allison. The remaining Sparrow and Umbrella Academy siblings were subsequently transported to a half-formed world, one where they no longer have superpowers.

Blackman had previously revealed that his original vision of the show spanned four seasons and that “[he] has what [he] thinks is an end to the TV show” though Netflix may want more seasons.

The show, which premiered on February 15, 2019, centers around a family of adopted siblings, all of whom possess powers; they reunite following their father’s mysterious death and shortly afterward learn about an imminent apocalypse. The first season was watched by 45 million households within the first month, making it the most-streamed show of the year. That same month, Netflix renewed it for a second season, which came out on July 31, 2020.  Then in November 2020, it was renewed for a third season, which was released this past June.