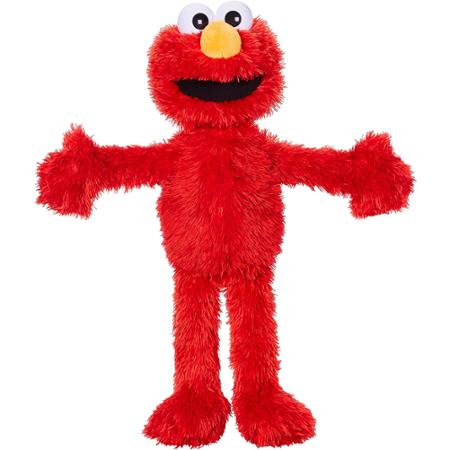 Shopping for a child isn’t always an easy task. Boys want one thing, girls want another – fortunately, in this day and age, it seems a constant that all children would want the latest technology gadget for christmas. Assuming that a child WON’T be getting the latest tablet or iPhone, getting them a good old fashioned toy is probably the next best thing. To get my list together, I’ve tried to differentiate what the bestsellers are that are geared towards boys and the bestsellers geared towards girls, checking between numerous websites what sells best, but primarily Ebay, Amazon, and Wal-Mart.

Melissa & Doug – ‘Round the Town’ Rug

The old-fashioned “Around the Town” rug is a rug that many, many millennials (and even boomers, maybe?) can hold close, near and dear to their adolescent memories and hearts. The “Around the Town” Rug is nothing more than a simple playmat, given a sprawling, vibrant and detailed cityscape – there are buildings, parks, trees, houses, and of course, streets. Children are encouraged to creatively and freely play on the rug with size-appropriate vehicles, such as Hot Wheels cars or MatchBox. The ‘Round the Town’ Rug from Melissa & Doug specifically is available for an MSRP of under $30. 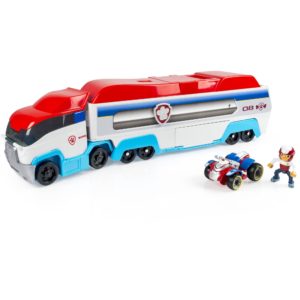 Paw Patrol is an animated children’s show, primarily featuring a cast of dogs (and a few humans) which are typical government-helping roles; a policeman, a firefighter, a construction worker, a doctor and many others. These characters move around from Point A to Point B using the “Paw Patroller,” which is a carrier vehicle of sorts. The Paw Patroller is “an ultimate rescue vehicle,” including one of the characters from the Paw Patrol (Ryder, who is the frequent pilot of the Paw Patroller) and a separate ATV Vehicle. The Paw Patroller can open up to showcase up to six vehicles, or holds three vehicles when stored (most of the vehicles that can be purchased separately are the size of the included mini ATV vehicle.) The Paw Patroller also has different effects (like a flashing light) and sounds, and even includes three LR44 batteries required to start use. The Paw Patroller is available for just under $50. 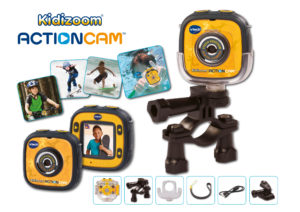 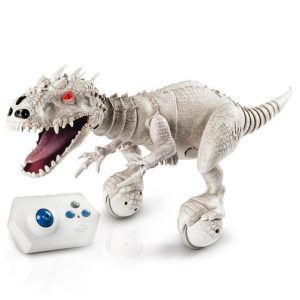 Zoomer Dino is this year’s robotic companion of choice, and is an extremely detailed remote-controlled dinosaur. The Indominus Rex is intended to be modeled after one of the dinosaurs from the newest Jurassic World movie. Inside the nose are infrared sensors, which allow for the Indominus Rex to stop itself just short of a wall or for it to detect hand movements, which will then command it to perform certain functions. The included remote control has only a few buttons – a joystick to control the movements of the Zoomer Dino Indominus Rex, and a few buttons that allow for the Indominus Rex to animate itself using one of a few animations. The remote control allows for a user to record their inputs, which can then be played back later. The Zoomer Dino Indominus Rex is available for just under $100. 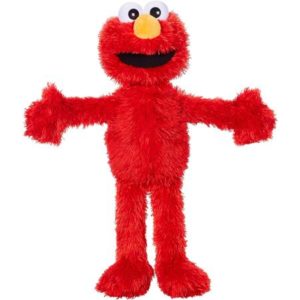 The Play All Day Elmo, by PlaySkool, is a new take on the time-old Elmo dolls. While the Elmo doll I had growing up would simply giggle and shake around, this one is so much more advanced; the Play All Day elmo is more meant for demonstrating to children ‘cause-and-effect play;’ if a toddler squeezes Elmo’s nose, he might start a game with them or say something back. Play All Day Elmo is equipped with several sensors and programmed to have many games, like Patty Cake and Red Light Green Light. There are also different points of interactivity, such as his nose and tummy. Included in the manual are the entire list of responses and possibilities for triggering Elmo to work somehow, but there are 8 games and activities and over 150 responses advertised. The Playskool Play All Day Elmo is available for around $40. 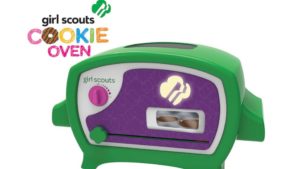 The 2015 edition of the Girl Scouts Cookie Oven works just as you imagine, and still follows a proven and time-tested formula. The Girl Scouts Cookie Oven is just a small oven that is able to be plugged into a wall outlet, and is made to just hold only one cookie. Separate cookie dough can be used, homemade cookie dough can be used, or specialized Girl Scouts Ovens dough can be purchased. The specialized dough made directly for the ovens are premixed and pre-rolled cookies that are simply laid on the (included) tray, put in the oven and left to bake for 5 minutes. The entire package is available for just under $50. 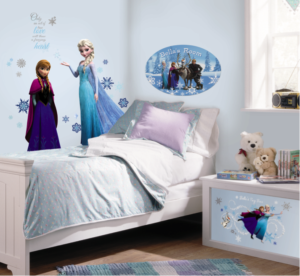 Frozen is absolutely huge, and still blows my mind that a movie can have such a lasting presence with children long after it was taken out of movie theaters. Frozen still resonates with young girls, two years after its release (Nov 27, 2013.) If your girl is a fan of Frozen, nothing could disappoint her – EVERYTHING is available with a frozen touch. There are Frozen bedsheets, Frozen furniture sets, Frozen playsets, Frozen play ovens, Frozen towels – ANYTHING Frozen can be found at marketplaces that include heavy name-brand usage, like Wal-Mart or Target. If your child loves Frozen, then your Christmas shopping should be a whole lot easier. The price range of any Frozen items can range, but typically tend to be on the slightly more expensive side of the middle of things. 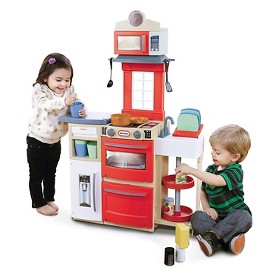 Just like the Girl Scouts small ovens, a Little Tikes Kitchen Playset can be an essential to encouraging childrens’ imaginations while subtly introducing them to what life is like. The Litlte Tikes Cook ‘n’ Store Kitchen Playset is a plastic playset, making up a console consisting of an oven, a stove, a microwave, a sink, and many more hidden kitchen essentials. Also included are plastic, play frying pots and pans, plates, and plastic boxes and cylinders made to represent pastas/boxed perishables and spices respectively. 32 total kitchen accessories are included. Everything can be stored inside the playset itself, and the playset can then fold in on itself to take up much less room or be easier to transport. There are a pink and red edition of these playsets. Both versions of the playset are available for around $69.99.

Lalaloopsy Dance with Me Interactive Doll 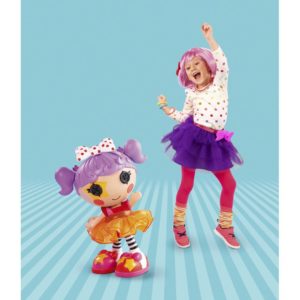 Lalaloopsy are a type of doll, more geared towards girls than boys. This specific line of toys is called the “Dance with Me” Interactive Dolls, which is just a doll equipped with a few sensors. The only main function is that these interactive dolls will dance while you dance, raising or lowering and moving their arms and legs. The attached sensors allow for these toys to mimic the child’s dance speed, and each toy has a specific dance which it can perform (and then be taught to children), and a specific game. I was able to find three or four total of the Lalaloopsy Dance with Me Interactive dolls, and all of them were available for $49.99. Do note that each one includes features that are separate from other Dance with Me Interactive Dolls.

Uncle Milton – Rainbow in My Room 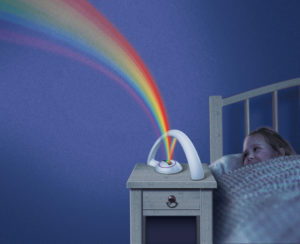 Uncle Milton’s “Rainbow in my Room” isn’t so much of a toy, as more as it is a visual display to have fun with. The Rainbow in my Room toy is a rainbow projector, that will capture light beamed down from the upper part of the toy and reflect it through a small prism which creates, indeed, a rainbow in your room. The Rainbow In My Room toy is simply plugged into a wall outlet, and then the length of the rainbow can be changed by juxtaposing the above part of the toy. The half sphere below then changes distance from the received LEDs (it just uses different colored LEDs to generate the lights), and will create a longer or shorter rainbow as a result. The Rainbow in My Room by Uncle Milton is available for around $20.