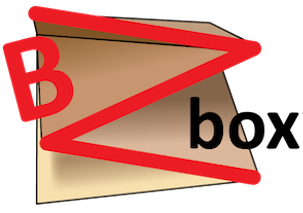 Kaeya Majmundar, a sophomore at Emory University, is the creator of BZbox (pronounced Busy Box) and has come to the Shark Tank in order to seek a $50,000 investment in exchange for 20% of her company. BZBox started just after freshman year for Kaeya; her roommate had asked her to move a bunch of boxes into storage while she took her chem finaly, so Kaeya agreed. She went over to pick up a box, and everything fell straight through, out of the box. This amounted to a long day of Kaeya having to repack all of her roommate’s stuff, so she had to find the solution, and at this point, she began to innovate the BZBox.

To demonstrate her point, she invites Robert up to a “race” as she knows Robert is a fan of racing. Robert is going to assemble the traditional box that a potential mover might buy from a typical hardware store, while Kaeya is going to assemble her own BZBox. Upon Mark’s start, they will begin the assembly race, but Robert asks for clarification or instructions on what he is doing; Kaeya jokes that Robert has never assembled a box before, which gets a laugh from the other four Sharks who find it to be a true statement.

Mark starts the countdown, and Kaeya flips out the crunch of cardboard in front of her before Robert can even pick up the box. Robert asks for Kaeya to do the same thing, and Kaeya folds it in once more and reassembles it – the box has a tab that allows for the BZBox to be assembled or unassembled into a flat package in little time at all. The BZBox flat pack design is for anyone who is looking for a stackable, easy, and space-saving storage solution.

Mark asks if Kaeya has done any marketing or advertising for the BZBox, but Kaeya says that she is just exiting college as she is a sophomore, and she only thought about the BZBox last year. Robert asks about the cost per box, and Kaeya says that per 10,000 units, the cost for a typical cardboard moving box might be around a dollar while a BZBox would be around $1.75. The BZBox would eventually get down to the same price as cardboard with a large enough volume produced.

Kevin says that he has actually sold large amounts of cardboard boxes to consumers in storage facilities, and that boxes are actually made for around $.56 en masse. Barb returns to Kaeya’s background, and Kaeya says that she was raised in a family of doctors, and despite the stereotype, her parents told her that she had to find a background in medicine otherwise Kaeya would not make it in her future. When Kaeya approached her parents about her passion, all hell broke loose for Kaeya – her family laughed, but Kaeya stayed true to BZBox.

Kaeya then signed up to be in the collegiate entrepreneur competition, which is the largest competition for entrepreneurs, not just collegiate students; she ended up winning the competition, and her parents started to take her far more seriously. Kaeya has a patent pending for her product, and Lori mentions that the other various boxes Kaeya has brought caught her eye. There is a red box, which Lori asks to see, and she examines the plastic box. The first thing Lori offers is that the little velcro piece, which allows for the BZBox to be completely folded flat, is very expensive.

Kevin asks Kaeya if consumers would be willing to pay extra per box in order to save 60 seconds from their day, and Mark also agrees with this, but Kaeya absolutely believes that people would pay for time-saving boxes. Robert asks if Kaeya has gone to other applications of BZBox, and Kaeya says that Lowe’s has shown interest in the product. The manager that approached her wanted to get the boxes into Lowe’s, but Lori asks for more information; did the manager tell her how many Lowe’s would buy, how much they would pay, and other terms of the contract? However, at the time that she had approached Lowe’s, she wasn’t manufacturing any boxes, unfortunately – the deal fell through, but the manager invited her back when she had production.

Kaeya continues on, saying that she had a meeting in Chicago with Schwarz Supply Store with the CEO, who loved the product as well. The CEO said he would put Kaeya into touch with his contacts, but Mark asked if Kaeya asked at any point, “How many are you going to buy?” Kaeya says the CEO would buy units in the several tens of thousands, but the price had to fall down under a dollar; Mark explains that this means that Schwarz doesn’t value the utility of the product more than they value the utility than their current product, otherwise they would offer to pay more per unit to acquire BZBoxes.

Kaeya needs to fulfill multiple orders in an effort to match the pricing, she says, and Kevin asks her if she knows specifically the full volume of boxes that Kaeya would need in order to reach the proper price down to $.56 per box. This would be about 400,000 units, Kaeya says, which means a total of $2.3 million dollars for the investment to get cheap boxes.

Robert is the first Shark to exit, citing reality; he just doesn’t see the problem that BZBox is the solution to, although he concedes that Kaeya has done very well for herself and as an entrepreneur himself, he might have been in far different shoes at the same age.

Kaeya starts to give an example of Christmas ornaments cluttering up space, but Mark stops her and says that she is overthinking it; great products are simple solutions to problems. The main point that Kaeya has solved is time, so she has to find places where time is money. Time is not money during Christmas; packing up for school is a situation where time is not money. However, Kaeya says that there is never a situation where time is not money. Despite this, Kevin asks Kaeya if she has it in her to listen to somebody who has advice to offer and admit that maybe she was wrong, as all of the Sharks have years of experience.

Kevin continues on and says he is sensing a negative thing from Kaeya; the raw emotion sometimes spills out and Kaeya believes that she can step into a market that is being dominated by a far greater volume of boxes that aren’t as expensive. However, Kaeya then admits that she is open to suggestions and she is here to partner with a Shark. At some point, the deal must be closed, Mark says, Kaeya has to find a person who is willing to write a check. However, that person isn’t Mark, as Mark is the next Shark out of the deal.

Barb, Lori, and Kevin are the three Sharks remaining, and Barb starts speaking. She admires Kaeya, but ultimately, she is missing two traits that every great entrepreneur has; one is the ability to listen, and the other is the instinct to not always be selling the product. During Kaeya’s appearance on Shark Tank, she hasn’t mentioned that she has been pushing her product to sales managers, and she hasn’t been finding ways to meet the demand of production. Barb asks to speak bluntly to Kaeya, and says that she simply is not an entrepreneur; Barb is the third Shark out of the deal.

Kevin says that he is worried about Barbara’s sentiments as well, as she finds that Kaeya just doesn’t listen, but he is still interested in the deal; if he were to push BZBox to his customers for the same price, they would buy BZBox instead. The biggest challenge is getting the price down, but Kevin is willing to make an offer; he makes an offer of $50,000 in exchange for 50% of the company, which makes him an equal partner. The biggest issue is going to be lowering the price down to $.56 per unit, which Kevin says is the only thing he wants Kaeya to focus on.

Kaeya looks to Lori for one last effort, and Lori says that while she likes the product and appreciates what Kaeya is done, and Kaeya begins to beg and plead with Lori to take her deal as she insists that she knows what Lori has done for women and that Lori is the best Shark. Kevin, at this point, retracts his offer and also exits the deal, much to the shock of Kaeya. Kevin lambasts Kaeya saying that she made a huge mistake, and Kaeya then returns to sucking up to Lori, begging for a chance.

Lori says that she will make an offer of $50,000 in exchange for 40% of the business, and gives the contingent terms that they must figure out how to manufacture BZBox as a storage solution, but Kaeya is ultimately the type of person that she loves to work with.

Kaeya accepts without hesitation, finding a partner with the Shark Tank in Lori.

BZBox Now In 2022 – The After Shark Tank Update

They sold thousands of BZboxes within 48 hours thanks to the show. And with Lori’s help, Kaeya was also able to grow the brand. In 2015, she launched Kaeyos, Inc, a company that seemed to focus solely on the BZBox. Not long afterward, she launched a Kickstarter campaign for a second product called the Zip Tank—a zippered tank top that can be turned into a purse or gym bag “in under 3 seconds”, which was a huge success. With the help of 37 backers, she was able to raise over $8,100 in just a few weeks, which brought the project to life. Fast forward to November 2015 and all of the tanks were made and shipped out to the backers.

For a period, they were also available through online retailers such as Amazon. She was even featured on Steve Harvey’s talk show, where they talked about the product. For those who are interested, you can view a clip of the episode here. Since it was first uploaded in 2016, it has already been viewed more than 25,700 times.

However, it was not meant to be. Sometime in 2017, she shut down Kaeyos, Inc. The company’s website went dark and its social media accounts were also deleted. While there was never an official announcement, we can only assume that the market—both for the storage boxes and zippered tanks—was too small. For one thing, the storage boxes only had 5 reviews on Amazon by the time they closed down and nearly one-third of them were negative.

So what is Kaeya up to now? From the looks of it, she’s busied herself with other endeavors since then. From 2017 to 2019, she worked at CaaStle, a technology platform that allows retailers to provide subscription clothing rental services. And as of 2022, she works as Leangap, a startup incubator for high school entrepreneurs and Toastmasters International.

She has also been the founder and CEO of Swaypay since June 2015. A mobile app, it lets you earn up to 100% cash back on all of your purchases and all you have to do is post them on TikTok. Once you’ve done that, simply submit your post link in the app and they’ll grade it and issue a cashback (from 5 percent to 100 percent), according to post performance and content quality. Extra cash rewards are also given if your posts go viral.