Dutch engineers are pushing forward on their plan to integrate solar panels into road surfaces. 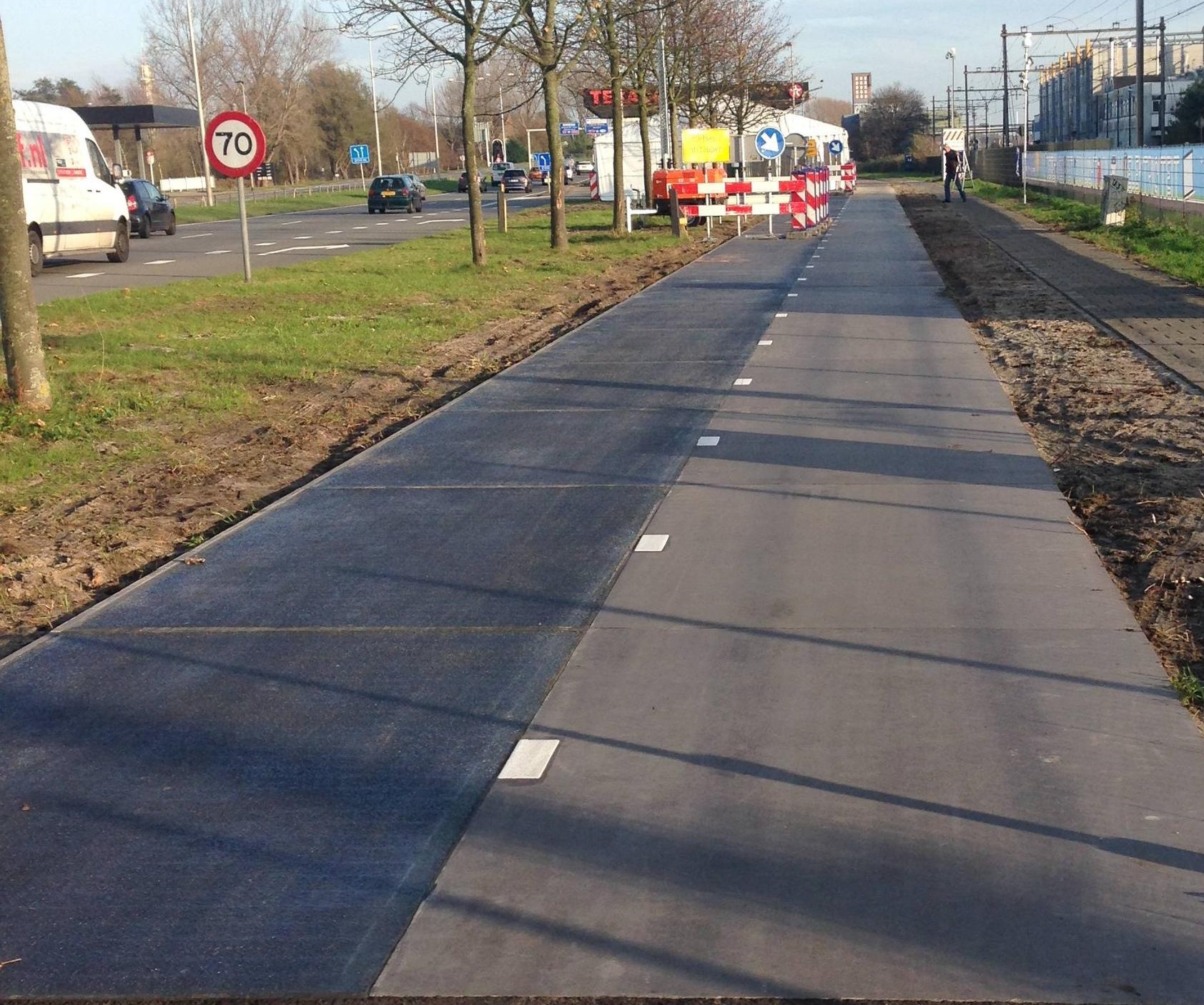 The Netherlands is experimenting with putting solar panels under its road surfaces, turning the traditionally hot pavement surface into one that can generate electricity for households.

Dutch Engineers say that the experiment has proven more successful than expected in their 70-meter test track, built last year along a bike path on the outskirts of Amsterdam. Over 150,000 cyclists have ridden over the panels thus far.

In six months, the panels under the road generated enough electricity to power a single person home for a year, which is the equivalent to about 3,000 kWh.

“If we translate this to an annual yield, we expect more than the 70kwh per square metre per year,” says Sten de Wit, spokesman for SolaRoad,  which has been developed by a public-private partnership.

“We predicted [this] as an upper limit in the laboratory stage. We can therefore conclude that it was a successful first half year.”

The project used cost-effective materials to ensure that it is practical for large-scale installation. The panels were sandwiched between layers of glass, silicon-rubber, and concrete.

In terms of weight limits, Arian de Bondt, director at Ooms Civiel, one of the companies working on the project, explains that it “can have a fire brigade truck of 12 tonnes without any damage.” However, he also explained that they are working on a version that will be able to handle large busses and other vehicles, allowing the technology to be used on motor vehicle roads.

The system has resiliency and intelligence, too. The panels are connected to computer-equipped smart meters, which optimize their output into the grid, or allowing them to feed street lighting systems.

Developing the system took five years of research and testing. Six months after the first trial system was deployed, a small section of a coating used to give extra grip to the surface started to peel. Researchers say that this was due to sun exposure and temperature fluctuations, causing the coating and road surface to expand and contract. As a result of this, the engineers are now working on an improved version of the coating to mitigate this issue.

“We made a set of coatings, which are robust enough to deal with the traffic loads but also give traction to the vehicles passing by,” said Stan Klerks, a scientist at Dutch research group TNO.

Naturally, using solar panels, light transparency was an important consideration. Researchers had to design the slabs to transfer as much light as possible to the solar cells. Any obstruction of the light is detrimental to the efficiency of the system, which can make it less financially viable.

The group of organizations working to push this forward is now in talks with local governments to roll the technology out in other provinces. They have also signed a cooperation agreement in the United States, California.

“Solar panels on roofs are designed to have a lifetime, which is typically 20/25 years,” said de Wit. “This is the type of lifetime that we also want for these types of slabs. If you have a payback time of 15 years then afterwards you also have some payback of the road itself so that makes the road cheaper in the end.”