Obese People Often Don’t Get to a Normal Weight 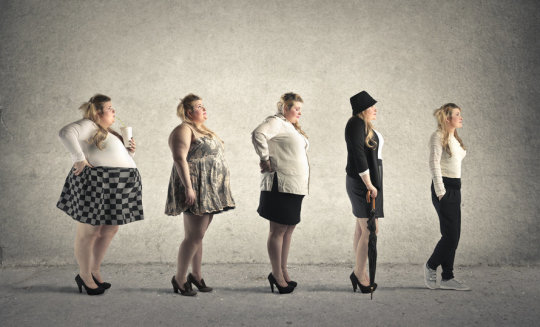 A new study, which was published in the American Journal of Public Health, is showing that obese people have a very low chance of ever obtaining a normal body weight. In fact, if someone is obese, the odds of them ever being a normal weight are 1 in 210 for men and 1 in 124 for women. If someone is severely obese the odds are even worse, with 1 in 1,290 for men and 1 in 677 for women. 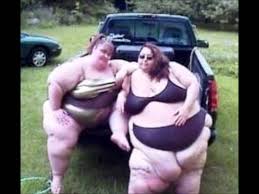 The study was led by King’s College London and was performed using UK health records. The findings are suggesting that current weight management programs focused on dieting and exercise and are effective when it comes to tackling obesity at a population or national level. The research was funded by the National Institute for Health Research, which is NIHR, and it tracked the weight of 278,982 participants. There were 129,194 men involved in the study and 149,788 women, with the electronic health records being from 2004 through 2014. The study was looking at the probability of the obese patients ever obtaining a normal weight or even a 5 percent reduction in their current weight. If someone had bariatric surgery, then they were automatically excluded from the study. There was at least three body mass index records for each patient, and this was used to help estimate the changes in weight. The chance annually for an obese patient to achieve the 5 percent goal was 1 in 12 for men and 1 in 10 for women. 53 percent regained the weight within 2 years for the group that had obtained the 5 percent weight loss, with 78 percent regaining the weight within 5 years.

The study found that overall only 1,283 men and 2,245 women who had a body mass index of 30 to 35 ended up reaching their normal body weight. When the calculations were done, this meant that 1 in 210 men and 1 in 124 women would reach their normal body weight. If the person had a body mass index over 40, the odds went up to 1 in 1,290 for men and 1 in 677 for women, and a body mass index over 40 is considered severe obesity. In a third of all patients, weight cycling with both increases and decreases in body weight were seen. The study then concluded that the current obesity treatments were failing people who were trying to achieve sustained weight loss for a majority of the obese patients.

The first author of the study was Dr. Alison Fildes, and she works for the Division of Health and Social Care Research at King’s College London. Fildes said that “ Losing 5 to 10 per cent of your body weight has been shown to have meaningful health benefits and is often recommended as a weight loss target. These findings highlight how difficult it is for people with obesity to achieve and maintain even small amounts of weight loss.” She went onto say that “The main treatment options offered to obese patients in the UK are weight management programmes accessed via their GP. This evidence suggests the current system is not working for the vast majority of obese patients.”

After the adult becomes obese, it is virtually impossible for that person to return to a normal body weight, and new approaches are needed to deal with that issue. The obesity treatments need to be focused on how to prevent overweight and obese people from gaining even more weight than they already have. There also needs to be a priority placed on preventing weight gain in the first place, since the current strategies to tackle obesity are not working. A lot of the current treatments focus on diet and exercise, but this does not help people who are obese lose the weight or keep more weight from piling on. One thing that would really help is to focus on the mental health aspect of people who are overweight and obese, because often there is underlying depression or anxiety that is the cause for the person to continue eating. A lot of people, especially women, eat down their feelings and emotions, and there are even deeper mental health issues that are behind that. People who are sexually abused or molested or raped also have a tendency to eat a lot of food and gain a lot of weight, which is a way to avoid intimacy and keep people at a distance.

The people who were sexually abused feel like if they get fat, then people won’t want to touch them or be with them, and therefore then they are able to avoid having to deal with intimacy and feeling vulnerable to another person. If you really dug into the lives of those who are really obese, you will find that so many of them have mental health issues and other issues such as childhood trauma, and this really needs to be the focus to help these people stop eating and gaining weight. There is really no way to do that however, since a lot of people either block out those memories or end up just hiding it and never talking about it. It would be hard to be able to understand what is going on with these people unless they get into therapy and talk about it, but you can’t tell all obese people to get into therapy in hopes of uncovering what psychological issues or abuse might have been going on.

While the authors of this study say that we need to focus on helping the obese people stop gaining more weight, it all goes back to trauma and self-esteem and respect, and it’s not that easy to help these people from gaining more weight when they feel unloved and like that they don’t deserve to be healthy and happy. The best thing to do is for doctors to try to refer their obese patients to see a psychologist or someone who can help them figure out why they keep eating and can’t stop eating, and hopefully those people will find the help they need. Even in the patients who have had weight loss surgery, if the initial feelings that motivated them overeating are not fixed, then they are likely to move onto becoming alcohol or drug addicts because the underlying reasons for the overeating are not being fixed. Whether you are overeating, overweight, obese or severely obese, getting skinny via surgery does not fix what is inside, and it is the inside that really needs to be fixed. That is really the bottom line of this study, since the issues underneath are not being fixed, the people who are obese will never reach a normal weight, because they never are fixing the mental health issues, and that is also why the weight is regained in this population.