What Happened to Chris Bosh? Learn All The Details Now 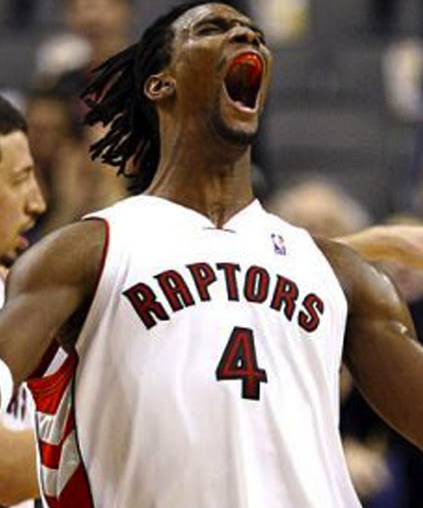 One of the greatest young talents of his time, Chris Bosh was amongst the top NBA draft picks of 2003. This 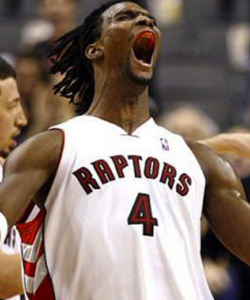 is surprising, and even quite shocking, because that same draft included unparalleled superstars LeBron James and Dwyane Wade. Since that time Bosh has gone on to Olympic gold, five NBA All-Star game appearances, and has consistently been one of the great leaders for both the Toronto Raptors and the Miami Heat. He has also set all-time team records in almost every stat imaginable including rebounds, blocks, free throws, and points. Bosh was a force to be reckoned with indeed. Yet, in the 2013-2014 season, Bosh’s powers started to flag slightly, with the all-star player struggling against the Pacers in the Eastern Conference Finals, and then letting his team down against the San Antonio Spurs in the 2014 NBA Finals. Furthermore, the most recent season has been plagued with problems for Bosh, including a strained calf, and a hospitalization that ruled him out of play for the entire end of the season. This is the story of the rise and fall of Chris Bosh.

A Texas native, Bosh dominated the courts in high school. He swept up awards including Basketball America’s Player of the Year, Powerade’s Texas Player of the Year, and several First-Team All-American commendations. Georgia Tech snatched him up without a second thought. Bosh would only stay at Georgia Tech for a single season though, entering himself in the 2003 NBA draft soon afterwards.

The fourth pick overall, Bosh was inducted into the Toronto Raptors, a powerhouse club that was famously home to superstar Vince Carter. You may remember Vince Carter from one of the most insane basketball plays of all-time. During the 2000 Summer Olympics, Carter intercepted a pass and proceeded to leap directly over the head of a 7’2” French player for a one-handed slam dunk. The move would have been mind-blowing in a choreographed dunk contest, so witnessing it in an actual regulation game was beyond unbelievable. Yet the two basketball greats were not destined to be together, it seemed, as Carter was traded to the Nets only one season after Bosh joined the club.

Carter’s loss was Bosh’s gain. Bosh had been forced to play his whole rookie season in a position he was not accustomed to, center. His play suffered for it. With Carter gone though, Bosh became the de facto leader of the Raptors. Bosh was put back into the forward position he had mastered while playing for Georgia Tech. His points per game average jumped by almost ten points, and he showed major improvements throughout all of his stats.

The next season, Bosh became known for his double-doubles, a statistical phenomenon wherein a player 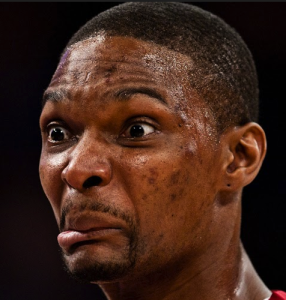 performs in the double digits in at least two different categories during a single game: points, rebounds, assists, steals, or blocks. Double-doubles are incredibly rare. Chris Bosh’s specialties were points and rebounds. This success made him an obvious choice for the 2006 NBA All-Star Game. Soon after the game, an injury knocked him out of season play, but Bosh had more than proven his worth to the team, who struggled in his absence. In the 2007 season, Bosh had an astounding 42 double-doubles and averaged almost 23 points per game. In a dramatic turn of events, the season would end with a face-off between Bosh and Carter, when the Raptors and the Nets came head to head in the first round of the 2007 NBA Playoffs. After six games, the fierce New Jersey Nets narrowly scraped out a victory over Bosh’s Raptors.

The pursuant years were somewhat tougher for Bosh, who continued to work hard pulling his team. The Raptors remain a club that has never made it to the NBA finals, even to this day, and Bosh’s presence alone was not enough to turn that streak around. In 2010, Bosh took Vince Carter’s place as Toronto’s all-time point scorer, but it would be one of his last real accomplishment with the Raptors. After the season ended, Bosh signed with the Miami Heat. The Heat now had a roster that reunited the three rock stars from the 2003 draft: Dwyane Wade, LeBron James, and Chris Bosh. A new force of nature was born. The Heat would make a strong showing in the 2011 NBA Finals against the Mavericks. The next two years they returned to finals and won, giving Bosh his first two NBA championships. The Heat again reached the finals in 2014, but Bosh’s offensive struggles, Wade’s persistent knee injury, and San Antonio’s surprisingly strong line-up led by Kawhi Leonard led to a blowout. The Heat were defeated badly in four out of the five games. James would then return to his native Ohio to play for the Cavaliers, ending the reign of the Miami Heat under the “Big Three.”

Bosh’s time in the sun seemed to be drawing to an end too. The first 23 games of the 2015 season went well for Bosh, with his points per game average returning to the 20 range. Even with Bosh in fine form, the team was struggling, losing over half of their early season games. After a win over the Utah Jazz, Bosh discovered that his calf muscle was badly strained. An examination of the injury resulted in Bosh’s benching for nearly ten games. Bosh returned to season play at the end of December for another twenty games. These also fared poorly for the suddenly mediocre Miami Heat, and a horrible turn of events would soon change everything. 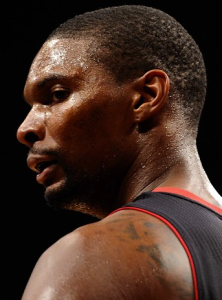 In the days after the February 2015 All-Star Game, Chris Bosh was diagnosed with a blood clot in his lungs. Bosh admitted later that even several weeks earlier, he had begun struggling with breathing difficulties. Ever the workhorse, Bosh played through the pain and told nobody. The serious condition can be fatal, and, in fact, it had claimed the life of retired Trail Blazers player Jerome Kersey only earlier that same month. Bosh admits now that his silence was foolish and that he is lucky to be alive.

The prognosis for Chris Bosh’s blood clot is relatively positive. Fortunately, the clot was caught early in Bosh’s case, before it had a chance to cause permanent damage to the player’s lung. Still, finishing out the season was not an option for Bosh. The Heat played the last 30 games of the season without him. As of June, Chris Bosh has been able to resume training and hopes to participate in the next season. He has been lifting, running, and participating in on-court work as well.

There have been rumors that Bosh might be traded, but they did not come to fruition during the 2015 draft, as some expected. Bosh is officially in contract to remain with the Heat for the next four years at a whopping price of roughly $24.5 million per season. Bosh has said that he views his brush with death as a positive, as it has given him time to think. With Dwyane Wade terminating his Heat contract and becoming a free agent as of June 29th, the future for Bosh and Miami remains to be seen, but the outlook does not look promising for the once great player and his current team.