What Happened to Josie Duggar from ’19 Kids and Counting?’ – New Update Now 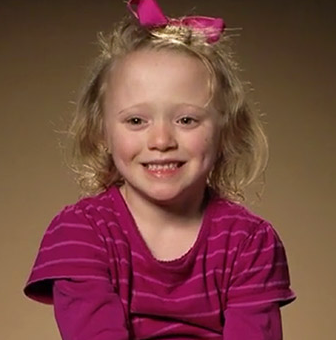 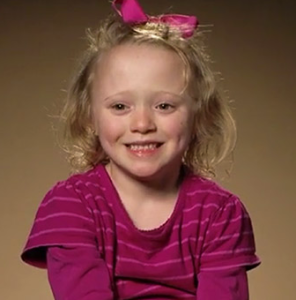 Back in September of 2008, the television network TLC introduced American households to the excessively large Duggar Family. James and Michelle Duggar, at the beginning of the series, were living in a household with 17 children already born and another on the way. Soon those 17 children became 18 and another short year later, Michelle was pregnant again with her 19th child, Josie Duggar. What first started out as a television show meant to give people a chance to catch a glimpse inside the life of a hectic family, “17 Kids and Counting” soon became the source of a lot of controversy. From their strong stance against LGBT issues to molestation accusations, the Duggar Family have created a reputation that might not reflect greatly upon their younger children.

From the very beginning of the television series, viewers were subjected to the Dugger’s unconventional and extremely religious way of living. James and Michelle are devoted practicing Independent Baptists who claim that God will be the one to have the final say on how many children they will, which is why the couple refrains from using any form of birth control. The family often discussed on the show how they value purity and their faith in God along with keeping the children under a strict regiment. All of the Duggar children are homeschooled, have restricted access to television and the internet, and are given few outside privileges. Perhaps one of their most prominent practices is chaperoned courtship, meaning that any of their children who wish to go on a date must do it in a group setting. These strict rules and regulations were alleged to be a part of the Quiverfull movement, which is a movement that advocates the usage strict family rules and the male hierarchy. However, the Duggar Family do not identify themselves as such.

Back when the show was still being aired, “17 Kids and Counting” was TLC’s highest viewed show. An 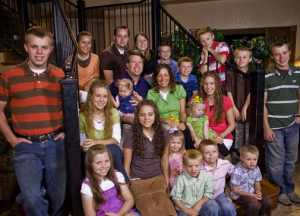 average of 2.3 million viewers tuned in for the newest episodes during the series’ 10th season. In addition to being the station’s most popular series, it also placed into the Nielsen “Cable Top 15”. However, in May of 2015 the show was suspended as a result of Joshua, the 27 year-old eldest son, apologized publicly for his “inexcusable” behavior after facing shocking molestation accusations. In addition to causing this suspension, Joshua Duggar resigned from the Family Research Council after it became public news that he molested five girls, four of which were his sisters, when he was of the ages 14 and 15 years old. According to the police report that In Touch Weekly released, the abuse consisted of breast fondling and inappropriately touching their genital areas while the girls were asleep and without consent while they were conscious. Josh’s wife, Anna, stated that she had knowledge of his actions two years before their betrothal. It is her belief that the counseling and therapy he received after “changed his life” and his parents simply described it as a dark time that their family had to go through.

One can only wonder what happened to the younger children through these “dark times” that the Duggar’s faced, but not much has been released about the family since the cancellation of their show. In April, one month before the series was canceled, James and Michelle’s 5 year old daughter Josie suffered from an unexpected seizure. The girl’s older brother and sister found her sitting unresponsively before she began to seize. The director even reacted, attempting to help before the ambulance arrived to take Josie to the hospital. She was later returned home with a clean bill of health and it was revealed that she has suffered from seizures before. That is the last of updates we’ve had on the family and their children since the show stopped airing thanks to a dark secret that slipped out from the Duggar Family closet.