What Happened to War Machine? – Now in 2018 Update 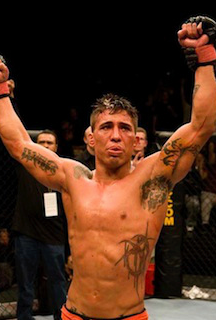 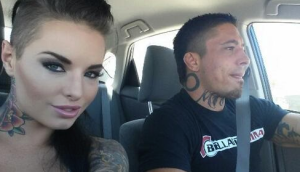 Johnathan Paul Koppenhaver, who later legally changed his name to War Machine, is a trained martial artist and former porn star. He competes at the professional level with mixed martial arts, in the MMA, where he fights in the welterweight division. He also was a part of the television show The Ultimate Fighter: Team Hughes vs. Team Serra. Lately, however, War Machine hasn’t shown up in the headlines. He hasn’t been active on the professional fighting scene, nor has he been in any adult films as of late. This brings up the question, what happened to War Machine? Where is he now? What is he up to? It seems like everyone has forgotten about the once prominent man. He was all over the news, and people couldn’t get enough of him. How does he just fade away so fast? For the answer, we have to dig deeper.

War Machine was born as Johnathan Paul Koppenhaver on November 30th, 1981, in Simi Valley, California. He had a very rough childhood. His father was a police officer, and his mother was a nurse. However, his mother had drug abuse problems, and his father was in a very dangerous line of work. One day when War Machine was thirteen, his father fell unconscious, and when War machine tried to give him CPR, he failed and watched his father die in his arms. It scarred him for the rest of his life. He went on to be the parent of the house, since he had to watch his siblings while his mother dealt with her abuse problems.

Eventually, War Machine went on to study at the university level. He attended The Citadel in Charleston, South Carolina. However, his past seemed to catch up with him, as he was expelled after only two years for behaving poorly.

His career in fighting soon took off after that. He was one of the fighting contestants on The Ultimate Fighter: Team Hughes vs. Team Serra. He was brought into the show as a replacement for one of the original fighters. He lost in the first round of the tournament, however. He then joined the UFC for a short stint, but was released from the professional league after he made controversial comments about the death of a former UFC fighter, and after not agreeing to do a match that he was told to fight in.

He then joined the Bellator Fighting Championships, but was released shortly after. He couldn’t seem to find a stable job because of his loud, and not afraid to say anything on his mind personality. He eventually 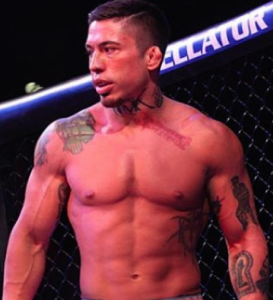 returned to the Bellator Fighting Championships. He found great success there, and won many matches before he was finally released by the league for a final time. His career in fighting was over, but he had found a new one.

What is War Machine up to now? After his short careers in acting and fighting, his name was no longer brought up. Many wondered where he disappeared to. It turns out he was having serious legal problems. His short temper and anger held him back in life. He assaulted his at the time girlfriend Christy Mack, and had to face jail time. He even served time in solitary confinement. Once he got released, it turned out that he assaulted and attempted to rape Christy Mack, and this time he went to jail for an even longer time. In jail, he was found unresponsive in his jail cell, and the officer who was responsible for watching the cells found that War Machine had tried to kill himself, and was strangling himself to death with a piece of linen that was torn up. He left a suicide note 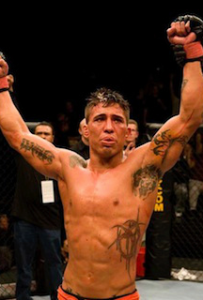 quoting a famous philosopher. This was when his life was at an all time low.

What is War Machine up to today? He is still in jail, however he writes his own personal blog. He handwrites each post and one of his friends takes the note and types it into a computer so that it can go online. War Machine has strong opinions on men and their rights, saying that men are more oppressed than slaves were and Jews were under Nazi Germany. Many men’s rights activists lauded some of his comments, however they still didn’t feel his abuse to Christy Mack was warrented. The truth is, War Machine is a broken machine who couldn’t handle the war, as his emotions often got the best of him. While he was at once a promising fighter, he is now just a forgotten name, living his life behind bars, away from the real world.