What Happened To Spotify Apps? See Where They Went

The 21st century has brought forth the golden age of various forms of electronic entertainment from video game consoles, both handheld and home consoles, in addition to a newfound accessibility for music and movies. With smartphones of all kinds being the standard phone choice for the youth of our current century, the access to the aforementioned media is at an all time high. Made largely part by the increase use and functionality of the internet that we’ve grown to know and cherish, we can now stream our favorite songs, albums, and music videos on our handheld smartphones no matter the location contingent solely on your data strength and data plan. With this freedom of accessibility despite your location, various streaming apps and websites have been rendered highly successful, effectively making things such as CD’s and DVD’s obsolete.

Sprouting out of the woodwork from every corner, numerous media streaming services have surfaced over the past 5 years. With large companies like Apple and Samsung shifting some focus into creating their own media streaming app, the media streaming market is hot and prime as each company attempts to stake their claim to a successful service. However despite the abundant success of the aforementioned companies, there are offer streaming services that are prefered by many users such as the radio style streaming site Pandora

and the ever popular Spotify. With more freedom to choose over what you listen to, Spotify has garnered a cult following as some are hailing it as the single handed greatest music streaming app out there. Offering a simple layout and high levels freedom as you can create playlists from an immense library, it is no surprise Spotify has had a great deal of success since their creation. Despite the massive success and popularity Spotify has garnered over the recent years, the company isn’t immune to distaste. While there is opposition from those that prefer Pandora and other streaming services, it was the discontinuation of Spotify apps that had upset many devout Spotify fans.

To start from the beginning, Spotify is a music streaming service founded in 2006 and officially launched on October 7, 2008. From then on Spotify has shown a continuous growth in both popularity and users. In 2008 Spotify reportedly had 10 million users with 2.5 million having paid subscriptions. In just 4 years Spotify doubled its user base with 20 million users and 5 million paid subscribers. The transformation of Spotify from 2012 to 2015 is monumental as the music streaming service really took off. In 2015 Spotify had 75 million users with 20 million paid subscribers.

As Spotify was launched into the streaming service spotlight as one of the most beloved services, the company was certainly reaping the profits and rewards. A company that revolves and prides itself around offering a massive library of music titles and albums to listen to, it is no wonder that Spotify needs to make 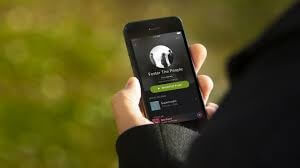 substantial profits. From paying the artists for the access to offer their music to the maintenance of the various clients Spotify has; currently Spotify is available on a slew of devices from an online web player to dedicated apps on Android, Ios, Windows, and even Playstation. With the upkeep demanding a large amount of profit to stay open for business, the profits earned by Spotify surely do circumvent back into the system.

The profits come from advertisements placed in the app and on the web player. In addition to visual advertisements, after songs and an audio advertisement will play. Lasting around 15 seconds the advertisement can be a wide variety of topics from promotion of the Spotify premium service to advertisement for a band’s new album to Coca-Cola ads. Also contributing to the profits is the implementation of a paid subscription. The paid subscription offers the ability to download playlists for offline use while the account will also no longer experience advertisements and an unlimited amount of skips; with the free account you can only skip a handful of times per hour.

As clearly demonstrated in the aforementioned history of the music streaming giant, Spotify has been overwhelmingly successful throughout its relatively short life. So how could the company that continues to show success as it brings in more and more users upset their user base? Well, as mentioned earlier, Spotify had discontinued Spotify apps. Spotify apps were third party applications that could be used on the desktop version of Spotify such as MusixMatch and Shuffler.fm. With this news Spotify claimed that while their desktop version of Spotify will stop the use of third-party apps for such features, they will integrate their own versions of features. A prime example involves the aforementioned MusixMatch. 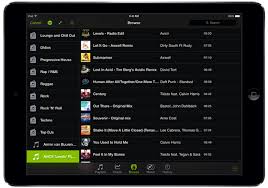 To some change is scary and unwanted, others strive change and the innovation that it brings with it. Spotify had decided that they needed change for better user service and functionality thus terminating and phasing out third party applications available on the old Spotify desktop application. Though this change has been met with some discourse from devout fans of said applications, the change seems to have been rather good for Spotify as they continue to show continuous growth every year as their user base grows. The change presented by Spotify showed that even large successful companies have to change for the better even if it doesn’t please the overall masses as they were implementing what is best for the whole of the company and user base.