How To Increase Estrogen Naturally – Natural Alternatives to Estradiol 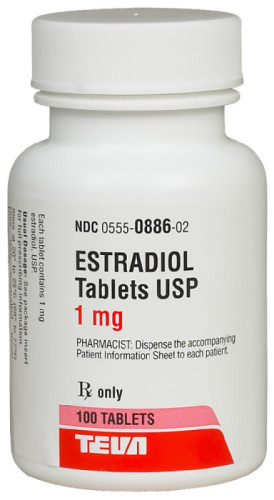 Menopause is a major part of a woman’s life, a turning point accompanied by many physiological changes and undesirable symptoms. Medications such as Estradiol have been created to address these said menopausal problems, ranging from hot flashes, vaginal dryness, to osteoporosis. Estradiol also replaces lost estrogen on women who suffer from complications in the ovaries. Unfortunately, these medications have the risk of side effects, from simple dizziness and drowsiness, to more serious complications such as bloody discharges on the nipples and the genitals.

Natural alternatives are available that can do what Estradiol does without the risk of serious side effects, although there are some which cannot be used by pregnant women or those with high blood pressure. Coupled with exercise and a healthy diet, the symptoms of menopause can be managed with the use of organic options and not relying on medications.

Consult first with a medical expert regarding what alternative you can use to avoid possible complications that may arise.

1. Black Cohosh – Black cohosh remedies night sweating, anxiety, and menstrual pain. It also bolsters the skeletal system, as menopause falters bone integrity. A couple of studies reveal the herb’s benefits in minimizing breast cancer risk and relieving inflammation and arthritis. Black cohosh works its magic thanks to its phytoestrogen content, or plant based estrogens that work similar to the ones naturally produced by the body albeit in a weaker effect. The herb is effective as proven by its use that spans since the time of Native Americans. Black cohosh is available in dried and tablet forms, and extract forms can be easily done at home by boiling the dried leaves. Here is one of the most trusted and highly recommended options and it’s available for under $10.

2. Chaste Berry – The beautiful blue chaste berry is known for being a powerful male aphrodisiac, but such effect is not proven scientifically. Also known as Vitex, the herb relieves menopausal symptoms like dizziness, migraines, and hot flashes by balancing the levels of progesterone and estrogen through the stimulation of the pituitary gland. The act also strengthens the vaginal walls and bone structure. Chaste berry has been used for more than 2,000 years for this purpose, and it is indeed quite effective in getting the job done. Regular use leads to elevated progesterone hormones, and the herb also encourages production of dopamine, a brain chemical that is linked to pleasure and reward. This gentle herb works without any risk of side effects, but as with other herbs it is not meant to be used by pregnant women or who are breastfeeding. The most common form for chaste berry is tea, followed by preparation in tincture. It works quite slowly, and it may take up to more than three cycles before its effects fully work. Here is the most recommended Chaste Berry Supplement.

3. Dong Quai – Used for over a millennia in Asian countries where it is prevalent in its higher altitude 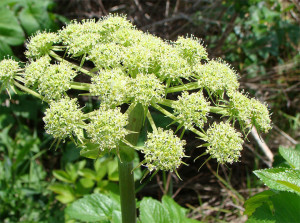 regions, dong quai is labelled as “female ginseng” due to its numerous benefits for problems experienced by women. The herb is also used by men for lowering blood pressure levels, relieving inflammation, headache, and cardiovascular problems, and preventing premature ejaculation. Dong quai remedies symptoms of menopause and premenstrual syndrome while nourishing the body at the same time. The herb works without exhibiting estrogenic properties by relaxing and contracting the uterine muscles, and purifying the blood and stabilizing the blood vessels. It is not safe for use by pregnant women, people with bleeding problems, who have hormone sensitive conditions, and those who have just undergone surgery. Dong quai is widely available in dried leaf, liquid, dried root, and tablet forms, usually sold in Eastern health stores. You can also get it on Amazon.com here.

4. Licorice – The sweet licorice root grows primarily in Asia, Greece, and Turkey. It is popularly used as candy, and at times as medicine. Extract derived from the root is used for treating gastrointestinal and respiratory ailments, skin problems, and symptoms of menopause. Research has also revealed licorice possessing antifungal, antibacterial, antiviral, and anti-inflammatory properties. Its potent medicinal benefits are thanks to its more than 40 flavonoids, with phytoestrogens and saponins being the ones that work well for menopause as they exhibit weak activities similar to estrogen. Some of its other active substances have effects on serotonin, or a neural transmitter, resulting to better mood swings and reduced instances of menopausal depression. Glycyrrhizin, one of its primary saponins, remedies fatigue by stimulating the adrenal glands. Licorice root tea tastes great regardless of temperature, making this alternative for menopausal woes a treat to sip. Pregnant women and people with elevated blood pressure levels are not allowed to use licorice root. An excess of it can be toxic to the cardiovascular system and liver, so moderation is key.

5. Motherwort – The herb is favored by the Japanese for wine, and by Russians and Chinese for medicinal purposes. 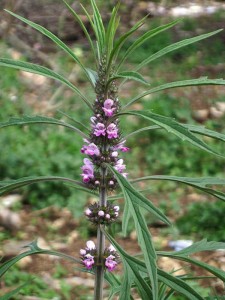 Motherwort is an effective painkiller, and inducer of calm for the distressed and the insomniac. A daily use of the herb’s extract is good enough to maintain a healthy uterus, adequate levels of blood pressure, and a relaxed nervous system. Its wide variety of uses make it incredibly useful regardless of gender. The herb’s relaxing effects work well in times of anxiety and irritability during the periods of menopause, as this major transition in a woman’s life can be pretty stressful. Motherwort also encourages blood flow, thus relieving dizziness and fainting, both of which are menopause’s two major symptoms. Tea brewed from the herb is one way of taking it, however the bitter flavor may be an issue to some. Tincture derived from motherwort is a good alternative, as it is mixed with other liquids that somehow minimizes the taste. To make one, put chopped motherwort leaves in a jar and fill it with vodka (100 proof with 50 percent alcohol) or any other clear alcohol. Store the jar in a cool, dark place for up to six weeks. Afterwards, transfer the liquid in a different container and mix a half teaspoon of it with water to be taken three to four times on a daily basis. You can also get motherwort in a capsule form on amazon here.

6. Red Ginseng – Many kinds of panax ginseng are available, and each are packed with medicinal benefits. The 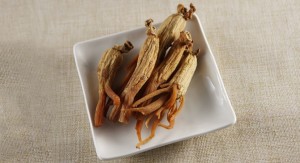 red colored variant is due to it being dried under the sun, and this exposure strengthens its health properties even further. The herb is known to enhance mental acuity, lowers blood sugar and blood pressure levels, and helps with stress management. Anticancer capabilities are also found in red ginseng. Phytoestrogens in this herb relieved menopausal symptoms and also lowered cholesterol levels, as revealed in a study performed at the Gangnam Severance Hospital in South Korea. Its effects are comparable to the efficacy of soy products which are known to be rich in phytoestrogens. Pill forms are sold in many health stores, while dried root for tea or extract is available as well for those who prefer that route. I personally use and recommend the following Red Ginseng supplement.