What Happened to Rachel McAdams – 2018 Update

Rachel McAdams has been slated for celebrity pretty much since the start of her career. Rising to fame with her role as the frenemy in Mean Girls, the actress really came into her own with The Notebook. Compared to predictions of her as the next Julia Roberts, though, her career hasn’t ever excelled the way it was thought it would.

Now, a decade after The Notebook, McAdams has been cast in Doctor Strange, one of many Marvel flicks coming out in 2016. With a long career behind her, is it possible that this role will help bring her into full spotlight, or will Doctor Strange be yet another film where McAdams gets to be “the girl” supporting the protagonist?

Rachel McAdams was born in London, Ontario, in 1978, and she became interested in performing at a young age. After attending local Disney and Shakespearean theater camps, McAdams joined the Original Kids Theatre Company in London, Ontario. By the time she was a teenager, she was directing small productions for that company as well as helping produce school plays.

It was her 11th grade drama teacher who persuaded McAdams that a career in acting was a possibility. Opting out of pursuing Cultural Studies at the University of Western Ontario, McAdams enrolled in York University’s theater program. While enrolled, she worked with local Necessary Angel Theatre Company. As a senior, she spent her spring break filming for MTV’s pilot of Shotgun Love Dolls. She graduated in 2001, with a Bachelor of Fine Arts honor degree. 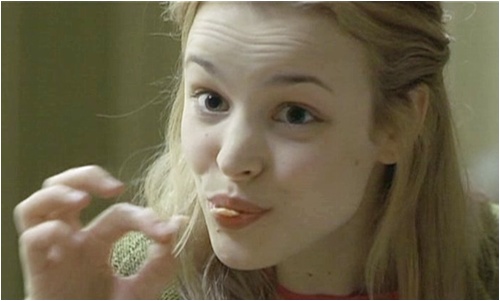 McAdams in My Name is Tanino

Later that year, McAdams performed in the Italian-Canadian comedy My Name is Tanino. In 2002, McAdams earned the Canadian Genie Award for her role in the drama Perfect Pie. She also starred in the Canadian comedy series Slings and Arrows, which earned her a Gemini Award, the equivalent of a Canadian Emmy. In the fall of 2002, she made her Hollywood film debut opposite Rob Schneider in The Hot Chick. Reviews of The Hot Chick highlighted McAdam’s performance, despite being unfavorable toward the film as a whole. Due to the success of The Hot Chick, McAdams did not return to Slings and Arrows for the second season.

At this point, while Rachel McAdams was not widely known, she had earned a reputation for delivering performances above the needs of the production. With no leading roles outside of Slings and Arrows, her talents weren’t really showcased, at least not until Mean Girls.

In 2004, Rachel McAdams was cast as Regina George in Mean Girls, the Mark Waters film. 25 at the time of filming, McAdams played the “frenemy” of Lindsay Lohan’s character. Earning two MTV Movie Awards, McAdams was lauded by critics and fans, as well as fellow performers.

Her strong performance earned her a starring role in The Notebook in 2005. Based on a Nicholas Sparks novel of the same name, McAdams performed opposite Ryan Gosling. While the two did not get along during filming, The Notebook was given strong reviews, with special attention being given to McAdams. The film became canonized as one of the strongest romance films of the mid-2000s, and helped solidify the presses’ presentation of McAdams as a strong actress. For her role, McAdams took ballet and etiquette classes, as well as spent some time living in South Carolina to develop the accent she affects for her character. 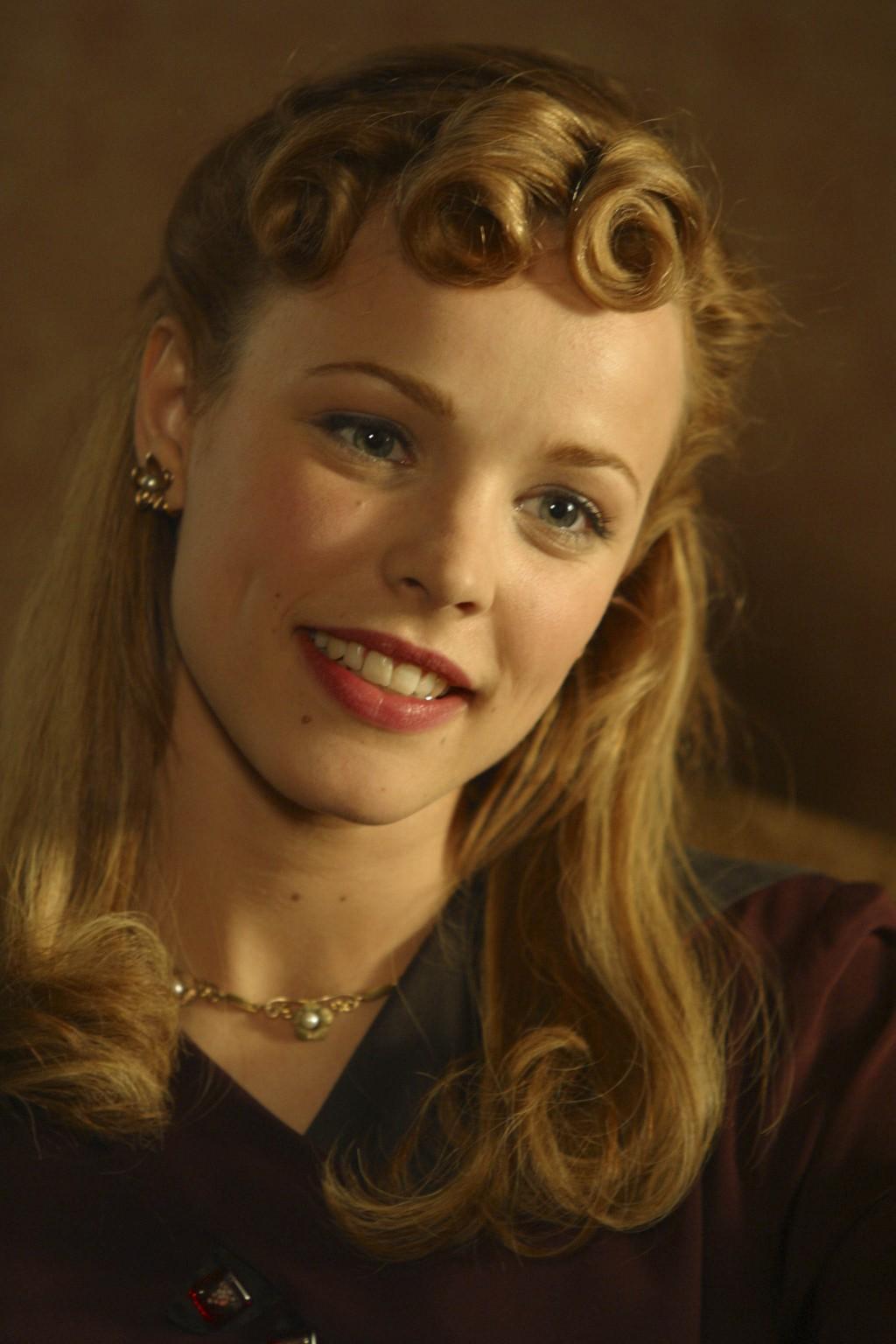 Rachel McAdams in The Notebook, her breakout role

2005 was a big year for McAdams. She starred in Wedding Crashers, where she adds strength to a woefully underdeveloped story. Her character was credited with helping support a movie which otherwise would have been just another male-focused comedy. Keeping with her trend of investing her roles, McAdams earned a sailing certification, since her character was written to be an accomplished sailor.

Later into 2005, McAdams starred as the victim in Wes Craven’s Red Eye. Craven, in later interviews, said that McAdams was the only actress he considered for the part. Her performance again earned her rave reviews. Even Robert Ebert said that her performance in Red Eye “qualifies her for heavy-duty roles.”

In The Family Stone, released for the 2005 holiday season, McAdams was cast outside of the normal bounds of being the girlfriend or wife. Still, she was given great reviews, demonstrating her ability to add character to roles which might otherwise have faltered.

Throughout the early 2000s, almost every review of a film McAdams was in focused on the strength of her acting. It was after Red Eye when Elle magazine called her “the next Julia Roberts.” She was on track to become the representation of women in Hollywood.

After an incredibly strong 2005, Rachel McAdams pulled back from Hollywood. She declined a spot on the cover of Vanity Fair when she found out it involved nudity, and turned down a long line of roles: Casino Royale, Mission: Impossible III, The Devil Wears Prada, and Get Smart, among others. In fact, between 2006 and 2007, McAdams only made one appearance, in a performance of The Vagina Monologues.

In 2008, McAdams made a return to film, in the independent film noir Married Life. After extremely positive reviews of her performance, despite criticism of her character, McAdams starred in The Lucky Ones. Telling the story of three Iraq War soldiers on a road trip in America, McAdams attended basic training at Fort Campbell, Kentucky, to prepare for her role. While the film was a commercial flop, many view it as the strongest performance and character McAdams has been able to give at this point in her career.

Perhaps it was the kind words of critics after The Lucky Ones that brought McAdams back to Hollywood. After all, Entertainment Weekly had called her “feisty, gorgeous, and as mercurial as a mood ring.” Unfortunately, after her return, she largely saw herself cast as “the girl’ in male-led casts. While critics were always supportive of her acting, the scripts and movies themselves frequently weren’t, a hurdle she is still working against.

State of Play, a political thriller, meant McAdams was cast against Russell Crowe. Reviews of the film highlighted this, particularly her ability to portray and independent character against Crowe’s characteristic masculinity. In The Time Traveler’s Wife, McAdams was praised for adding strength to a character and script which were found lacking against the novel the film was based on. 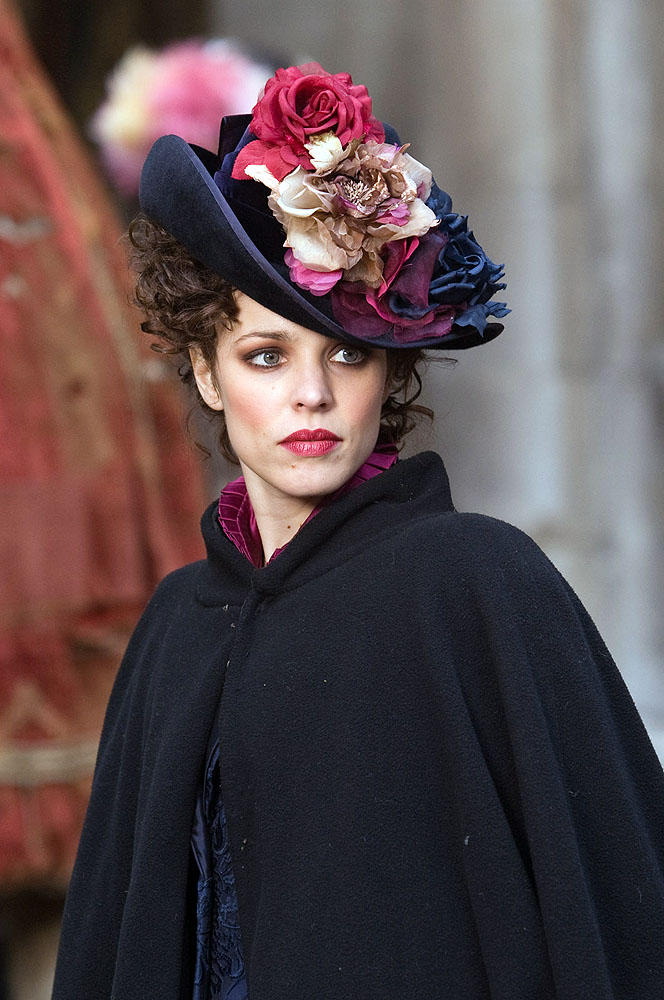 Later on in 2009, McAdams played the love interest to Robert Downey Jr.’s titular character in Sherlock Holmes. Unfortunately, her character there seems to be shoehorned into the plot, as a way to add tension and sexuality to a film that focused on the interplay of Downey’s character and Jude Law’s Dr. Watson.

Sherlock Holmes exemplified what the place of women like McAdams is in modern Hollywood: in a refrigerator. Derived from an issue of the Green Lantern comics (#54,) the “woman in a refrigerator” refers to women whose character serves almost exclusively to further the man’s plot. With that in mind, we can take a rather brief look at which fridges McAdams has been shoved into since 2008.

Since her return to Hollywood in 2008, McAdams has been cast almost exclusively as “the girl.” Except for Morning Glory and Passion, everything she’s been in has cast her as the love interest or victim of one man or another. Midnight in Paris has her playing the fiancée to Owen Wilson’s character. In 2011’s Holmes sequel, she isn’t even cast as “the girl,” but seems to be brought into the script just because she was in the first film. In The Vow, she starred opposite Channing Tatum. In To The Wonder, in 2013, she was cast against Ben Affleck. Later that year she was the love interest of Domhnall Gleeson’s character in About Time. In 2014, she was cast against Philip Seymour Hoffman in A Most Wanted Man. In Southpaw, she is cast across from Jake Gyllenhall, and in Aloha, she is co-stars with John Krasinski. In the Thomas McCarthy drama Spotlight, she again plays the only woman, across from Michael Keaton.

For each film, she personally received stellar reviews. But she was never the star, nor was she given the opportunity to be. Without a strong vehicle to be found in any modern Hollywood production, Rachel McAdams was never really given an opportunity to become, as predicted, the next Julia Roberts. No matter how strong her performance, the best McAdams has been allowed is to be “the girl,” rather than “the star.”

Without a film where she is genuinely the lead, instead of the lead’s love interest or foil, McAdams never had the opportunity to rise to the heights predicted after her success with Mean Girls and The Notebook. Maybe that’s why she ended up in the second season of True Detective, known for featuring celebrities past their prime, or those who just never quite made it. 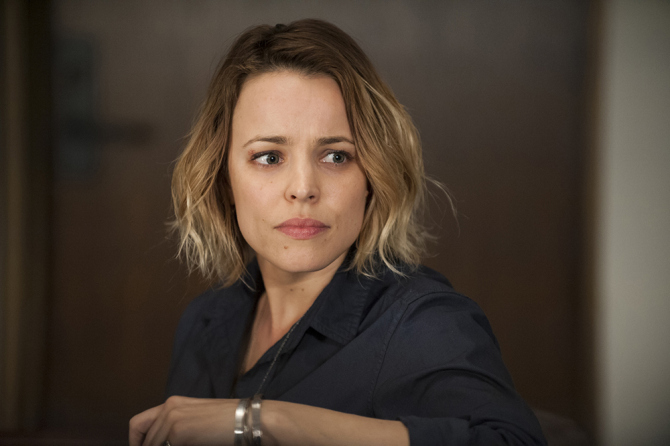 Many critics are hopeful that her portrayal of a detective in the TV show will finally provide her with the vehicle she needs to move past being the love interest in Hollywood productions. She’s received rave reviews, with emphasis on her ability to deliver a character very far removed from the preppy student she played in Mean Girls.

Maybe she’ll receive that opportunity with the upcoming Marvel superhero movie, Doctor Strange. Starring Benedict Cumberbatch as the titular Doctor, Doctor Strange is Scott Derrickson’s (The Exorcism of Emily Rose) first contribution to the Marvel Cinematic Universe. While most information about her character is still unknown, Marvel president Kevin Feige has given some details. Rachel McAdams will fill the role of a surgeon, and act as a balance to Cumberbatch’s Doctor Strange. “She is someone he connects with at the beginning, and reconnects with, and helps anchor his humanity,” Feige said in an interview with Entertainment Weekly. Clearly, while McAdams won’t be the lead, maybe her position in the script will help distance her from being cast as simply “the girl.”