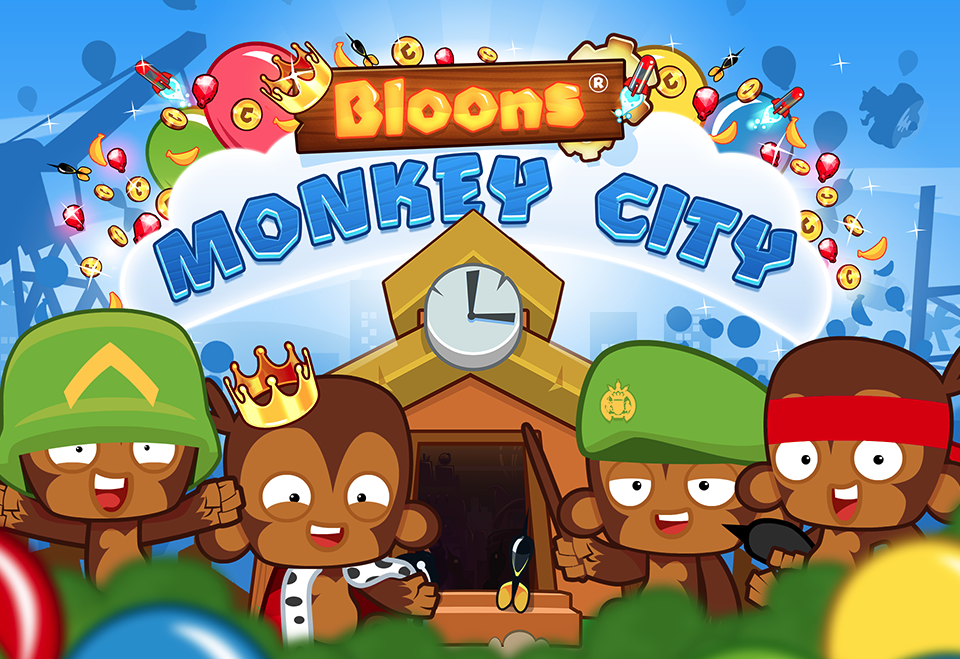 Bloons Monkey City is fun and unique due to it being a blend of two popular game genres: city building and tower defense with a dash of multiplayer battles. Those who are familiar with the Bloons series will instantly recognize the tower defense aspects (monkeys defending against waves of colored balloons called ‘bloons), and the city building part is where players must capture land to expand their village and unlock more monkeys and upgrades. Since working on the village and defending against bloons eventually becomes more challenging, here are some cheats, tips and tricks to help you expand and emerge victorious in 2017: 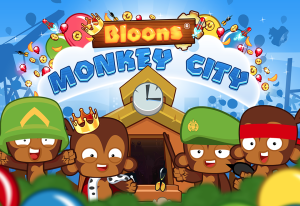 City expansion requires acquisition of land, and to do that you must first play a tower defense game and win. Tapping vacant land will reveal a bloon icon and a couple of dots. The latter indicates the stage’s difficulty based on your level and buildings constructed. The easiest stages are the ones with one to two dots, and five dots are the difficult ones. Choose the easy stages first, there’s no need to stress yourself with the big leagues when you’re not yet prepared.

Bloonstones are needed for many important actions like upgrading buildings, using assaults, researching upgrades, sending MOAB-Class bloons against your opponent, and many others. But the best use for these valuable stones is to stockpile them for tier 4 upgrades. You can purchase bloonstones with real currency using NK Coins. Free ways to acquire bloonstones are by leveling up, winning the tower defense game without losing a life, winning volcano and cave tiles, beating special missions, issuing the first attack of the day against other players, spinning the Wheel of Fate in Ninja Kiwi, and watching advertisements in the game.

Don’t be afraid to splurge

New players are given one bank with a capacity of 1,500 coins. That’s pretty low since you can earn 100 coins every time you win a land. So don’t hold on to those coins, don’t be afraid to spend them. As the game goes on, you will be able to buy more to increase the coin cap. Plus with the availability of Banana Farms you’ll have more coins stashed in a much larger storage, ready to be spent at your discretion. Start saving up at the later levels as upgrades tend to get really expensive, and since farms take one hour to fill up their capacity don’t forget to check your city regularly to harvest your income. 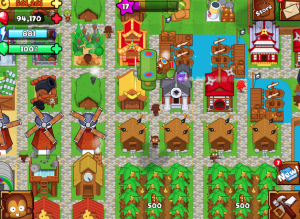 Many people favor the Ninja Monkeys due to their fast popping power, but they’re only viable up to a certain point. The game’s difficulty ramps up at tier 3 and these shuriken throwers won’t suffice.  Luckily the Boomerang Throwers are a better choice in this tier. A 3/2 boomerang is capable of popping 40 bloons in one shot, compared to a 3/2 ninja’s 8 pops per shot. Upgraded boomerangs can also pop lead bloons, which are resistant to darts and of course shurikens. Prioritize these monkeys once you get to tier 3 so you can take advantage of their popping power for this stage.

Reveal Those Sneaky Ones

Build the Centre Of Camo Countermeasures to unlock upgrades that provide camo detection for some monkeys such as Dart Monkeys, Sniper Monkeys, Ninja Monkeys, Monkey Buccaneers, and many others. Mortar Monkeys can permanently remove a bloon’s camo thanks to their ability, Signal Flare. The 0/3 upgrade of mortars render every bloon caught in its attack to be stripped of their camo. Once revealed, the other towers will make short work of the now-revealed bloons. The Cleansing Foam of Monkey Engineers not only removes camo, but also lead and regrow.

One of the special missions in Bloons Monkey City is the MOAB Graveyard. Here you are given $30,000 to prepare for three rounds facing 10 MOABs, 6 BFBs, and 2 ZOMGs respectively. An effective strategy is to use Bomb Shooters, upgraded to 2/3 for their MOAB Mauler ability. The Ring of Fire ability of 4/1 Tack Shooters work well against these behemoths, and 1/3 Spike Factories can act as secondary damage sources. Don’t forget to use Monkey Villages to increase the efficacy of your towers, and the Ice Monkeys can slow down the bloons that emerge once a MOAB is popped to avoid a sudden drain on your life. 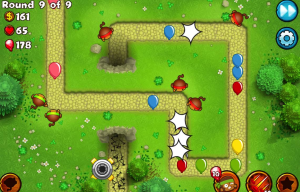 On the later levels there are battles where you can be rushed by a huge horde of bloons in various colors, including the powerful Ceramic Bloons that turn into Rainbow Bloons when popped (that turns into Zebra Bloons when popped). A fully upgraded Monkey Engineer can provide unsurpassed popping power with dozens of its sentry guns and its cleansing foam to stop bloons with properties. Other towers that go along well with it are 3/2 Boomerang Throwers, 2/3 Monkey Apprentices, 3/2 Tack Shooters, and 3/2 Bomb Shooters. Glue Gunners and Ice Monkeys help slow down the bloons and work together perfectly as Zebras are immune to ice unless the Ice Fortress is upgraded to tier 3 (Despite their immunity to ice, they can still be frozen by the Ice Monkey abilities Snap Freeze, Arctic Wind, and Absolute Zero).

Stay At The Top During Contested Territory

Contested Territory is a feature in Bloons Monkey City where six players fight for control of a land piece, and the player who holds it the longest will be rewarded with a generous amount of bloonstones, lesser for the second and third placers. Staying alive is the name of the game here as you need to reach rounds higher than your adversaries to gain control. Fully upgraded Monkey Engineers, Ninja Monkeys, Tack Shooters, Bomb Shooters, and Spike Factories are crucial in the first 30 rounds. Past those rounds, fully upgraded Sniper Monkeys, Bloonchippers, Dartling Guns, and Super Monkey (if you have the cash) are powerful enough to help you hold the line. Don’t forget the Banana Farms for extra income, and prepare yourself for MOAB-Class bloons early on to prevent getting caught by surprise.