In the worlds of business, sports and entertainment there are many African Americans who are pioneers, innovators and leaders. In fact, many are a combination of leader within their industry and pioneer in quite a few others. Here, we look at the 10 African Americans who have made it to the very top in terms of wealth and prestige. 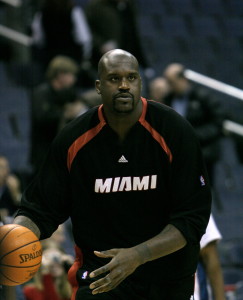 Originally a Center drafted by the Orlando Magic in 1992, this 7’1” gentleman is a giant cultural icon. While spending nearly 20 years on the court has greatly contributed to his wealth, he has also gained riches by making innumerable television appearances, movie cameos and even being an unlockable character in the Delta Force: Black Hawk Down video game. As if this was not enough, he has also found time to complete an Educational Doctorate from Miami’s Barry University. Shaq has recently expressed interest in attending law school, presumably to compliment his long and positive relationship with law enforcement.

Tyler Perry is often seen as being the pride of Atlanta. Through regular production of his immensely popular Madea series of films, the running and production of many theater productions, and a handful of television series, Perry has gained both immense wealth and fame. This has not gone to Perry’s head however. He regularly supports and contributes to causes that primarily help poor, typically urban children into athletics, academics and acting. He also remains grounded in yet another way, as he and his associated company own over 1,200 acres in his native state of Georgia, which include an environmentally friendly mansion. 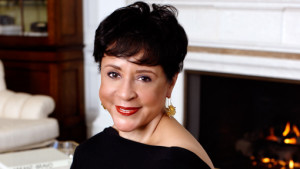 Co-founder of the Black Entertainment Television and owner of the Salamander Resort chain, Crump is the first African American female Billionaire. Unfortunately, over the years her fortune has degraded to less than half, and after selling BET to Viacom, she regularly expresses disgust at what her creation has become. Throughout her life she has been a philanthropist, donating massive sums of money to education and continuation of the arts. She has the honor of having a design school carry her name, being a global ambassador for CARE, and sits on the board of VH1’s Save The Music project, to name just a few. 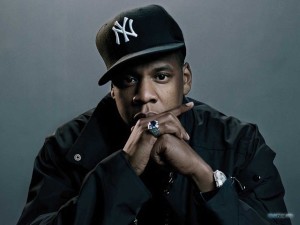 Best known as a performing artist, Shawn Carter in fact makes a vast majority of his fortunes through other ventures. Whether being the head of the super label Roc (which includes Roc-A-Fella music, Roc Sports, and a clothing line), brand co-director of Budweiser, or even being a major investor in a cosmetics company, it’s clear the the same tenacity found in his rhyme scheme permeates his entire being. However, this tenacity has gotten him in trouble in the past. In 1999, Jay-Z was accused of stabbing Record Executive Lance Rivera for bootlegging his newest album, Vol. 3, for which he was given a bail of $50,000 and 3 years probation. In the more recent past, Carter has now focused on philanthropy, taking to heart causes such as combating global water shortages and working to improve disaster responses to situations like the Haiti Earthquake and Hurricane Katrina.

Now known as an HIV/AIDS activist as much as he is for previously being an NBA all-star and coach, Johnson is also a very successful businessman. Besides being head of Magic Johnson Enterprises, a $700 Million company, Magic also has had a major hand in the worldwide coffee giant Starbucks, and significant holdings in multiple insurance companies. Johnson also maintains a serious interest in sports, purchasing both a WNBA and Football Club for the city of Los Angeles, as well as being co-owner of the Los Angeles Dodgers baseball team. 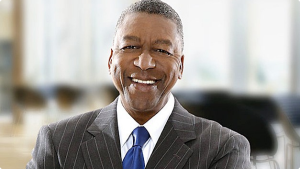 Ex-husband of Shiela Crump, Johnson was the second half of the ownership of the BET network, and was also the first African-American male to become a billionaire. Johnson now is the founder of The RLJ Companies, a firm that holds stakes in real estate, automobile dealerships and entertainment among many other ventures. One that is a mix of business and philanthropy is the Liberia Enterprise Development fund, which has invested over $30 Million into helping young African entrepreneurs start their businesses with a safe line of credit.

By far the most famous name in golf, Tiger woods can chalk up most of his fortunes to an unprecedented amount of tournament wins and endorsement deals. Unfortunately for him, quite a bit of the deals he had acquired since starting his career in 1996 fell through as a result of a widespread infidelity scandal that rocked his professional and personal lives alike. Woods has remained remarkably loyal to his sport however, focusing his charity work in getting disadvantaged children interested in golf alongside college access programs. 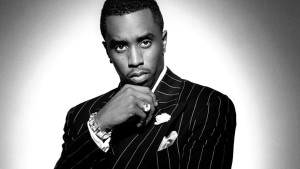 Sean Combs, also known as Puff Daddy or P. Diddy has had a long career in urban culture. Starting as a remarkably successful rapper in the 1990’s, Combs also founded the now highly acclaimed clothing label Sean John. While struggling to keep his company above international standards for working conditions, Diddy has also done quite a bit of good. Combs has often worked with other stars such as Jay-Z to provide relief to natural disaster victims and resources for inner city schools, such as scholarship funding and new computer systems. He has also had an interesting film career, from 2001’s Monster’s Ball to 2014’s Muppets Most Wanted, showing both grit and humour. 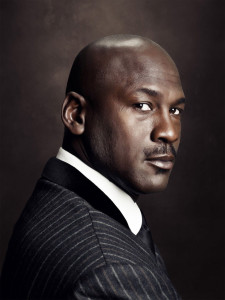 If anyone on this planet has had a successful branding deal, it’s been Michael Jordan. Aside from being the single most easily recognized face and name in the world of sports, his deal with Nike to produce Air Jordan’s make his name synonymous with shoes and the NBA. In an interesting twist of fate, it was in fact a commercial for Nike alongside Looney Tunes Character Bugs Bunny that launched his film career with the 1990’s film Space Jam. Jordan also is the most common face of other companies, including Gatorade, McDonald’s, Coca-Cola, and essentially any other American company with clout in existence since the early 1990’s. In terms of charity, the Michael Jordan Foundation has contributed most prevalently in the Boys and Girls club of America to promote civil engagement and education of low income children. 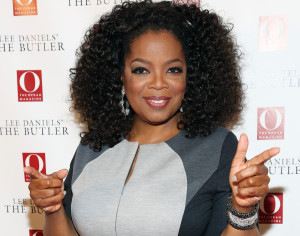 Undoubtedly the crowned queen of television, Oprah Winfrey has more wealth than the previous 5 member of this list, combined. Most well known for her part in the African American history film The Color Purple and her incredibly successful talk show, she has launched a large number of careers for many actors and personalities. In fact, she has played a major role in the success of Tyler Perry which has included featuring his programs on her OWN network. Do note, this isn’t a typo, she really did name her network the Oprah Winfrey Network. Alongside a long career that has included nearly uncountable acts of philanthropy, her single most famous act was giving away a car to every single member of her audience (which numbered 274) in 2004. In the same year, she also opened her Leadership Academy for Girls near Johannesburg, South Africa, spending nearly $40 Million in direct funds and time. At writing, she is still reported to teach a class at the academy via tele-teaching. While currently staying away from the direct spotlight, her influence is sure to remain for decades to come.