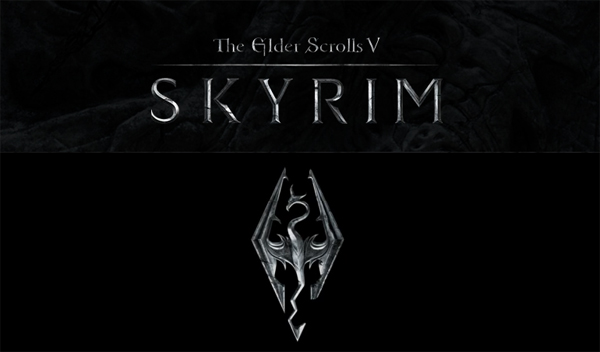 The scrolls contain records of all past and future events, but they cannot be read without a severe price. The Elder Scrolls V Skyrim is one of the most expansive and dense games ever made. A huge sprawling world that at times really felt like it was alive. One of the best examples of a snapshot in time in a video game. With great quests, an epic story and an almost infinite amount of things to see and do, few games can claim to have its scope. But they do exist.


The open world RPG is a relatively young genre, and not too many developers are up to the task of tackling it. Do it wrong and you tend to have a buggy unplayable mess, but do it right, like Skyrim, and you’ll have a hit on your hands. Here’s a list of a few games that are as good as, if not better than, Skyrim in 2017. 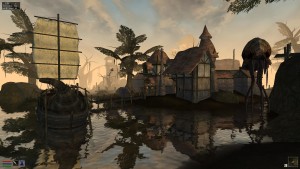 First lets take a stroll through Bethesda’s past. This was the first Elder Scrolls game I ever played, and I was enamored of it. All the things that make Skyrim good come from this game. The soundtrack is fantastic, the script is tight and the story is engaging. The world is where this game surpasses its younger brother. Where Skyrim was a wonderfully realized mirror of Scandinavia, Morrowind is quite unlike anything I have ever seen before. It has an alien familiarity to its landscape. Not only in its vistas was it odd, but in a broader world building sense Morrowind was a place of queer morality too. In many ways Morrowind’s Vvardenfell is a more fleshed out land than the province of Skyrim and that makes it a joy to explore. Remember to pick up the Visual Overhaul from Ornithopter for a truly modern experience. 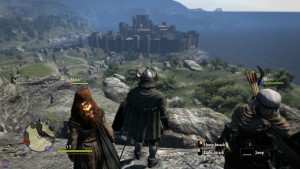 An eastern take on the western RPG, Dragon’s Dogma is a great game. It features the same expansive exploration as the other games on this list, and sticks to a high fantasy setting like the Elder Scrolls games. Setting it apart is its camera angle. Rather than a first person game, it is third person. Don’t let that dissuade you from playing. The combat is tight and focused, I particularly enjoyed having the ability to climb on the backs of huge beasts to find their weak points. Its has an excellent level up system and an innovative multiplayer mechanic. In the game you create partners called Pawns. You design them and assign them classes, like a vassal. You can also have two random pawns from another player, weaker than your own, but useful in battle. When you’re done with them you send them back, and the player that made the pawn gets a little gift that you sent with it. Other players that use your pawn send gifts back to you too. It creates a kind of community cohesion not typically seen in the single player grand RPG. Be sure to pick up Dragon’s Dogma: Dark Arisen rather than just Dragon’s Dogma for the extra content. 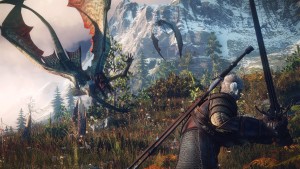 Winner of multiple game of the year awards in 2015, CD Projekt Red’s final game in their Witcher trilogy is absolutely sublime. It took everything that worked in The Witcher 2 and polished it, pun intended, to a mirror sheen. What we’re left with is a fully realized, fully open world to explore. The series as a whole is well worth a play through, but the first game is exclusive to PC. The third game in the series has a similar sense of humor to the first, a little tongue in cheek in places, but its plot still manages to be both deep and serious. The combat is tight and engaging and the soundtrack is one of the best I have ever heard. Combining celtic style jigs with music from an eastern European folk band makes something truly unique in video games. With more DLC on the horizon this 100+ hour masterpiece will have you busy for months to come. 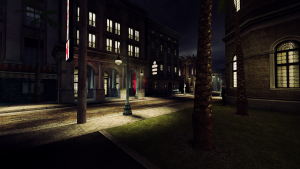 A game too far ahead of its time. A game that was a buggy barely playable mess when first released. And to this day one of the best games ever made. Vampire the Masquerade: Bloodlines is what I would call a Hub based open world RPG. Meaning you travel around a few well designed open areas to complete quests and talk to people. It is smaller than the rest of the games on this list, but its world is so much more dense, and bar one, it has the best writing out of all them. Set in modern urban California, you create a newly sired vampire character. The world is populated with wonderful grotesques and horrifying monsters. You must feed, whether it be from a blood bank or a random pedestrian, but you cannot be seen doing anything supernatural. That is the titular Masquerade, break it too many times and it’s game over. The plotting is fantastic, the antediluvian Machiavellian machinations of literally everyone creates a gambit roulette the likes of which gaming hasn’t seen since. Be sure to install the patches to fix the game, and play through the game at least once as a madness afflicted Malkavian Vampire, few things funnier than having an in depth existential conversation with a stop sign. 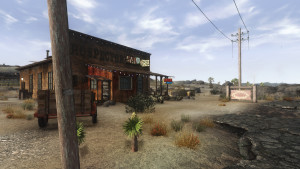 Fallout New Vegas is probably the best game ever made. Obsidian’s take on the franchise is far closer to the original games than Bethesda’s for one simple reason. Obsidian was formed by the guys who made Fallout 2. The game really feels like a Fallout game, it has the same tongue in cheek humor, the same moral ambiguity and the same wonderful sense of bearing the weight of the world on your shoulders. But its similarities to Fallout 2 are not the reason I would call it the best game ever. The setting feels more complete than any I have ever explored. From crops, to political intrigue, to the sheer number of options available to you as a player for interacting with the world and its inhabitants, it is unsurpassed in all of gaming. Gameplay wise it is very similar to Skyrim, you roam an expanse, complete quests, explore ruins, and kill lots of things by being better than the things. Get the complete edition, as all of the DLC for this game is expertly designed, and if you’re on PC don’t forget those mods. I would recommend a complete visual overhaul, an ENB and Project Nevada for more gameplay options.

So there we are, five games you can play when you finally finish Skyrim, though can anyone really say that they’ve finished Skyrim? Like New Vegas, Skyrim has an incredible amount of mods and a few good DLC expansions too. The great thing about large open world RPGs is how much different your return to the worlds depicted can be, simply by being someone else. Run through Skyrim as an evil mage, a stealthy Barbarian or a disgruntled librarian and you’ll have a unique experience every time. The same applies to all of the games on this list, so happy gaming everyone, see you next year 😉