What Happened to IBM – The Lifecycle of a Giant 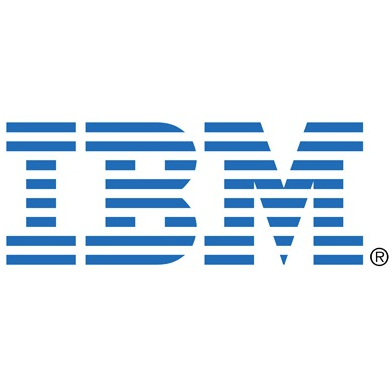 With technology becoming more and more relevant in our everyday lives, it is no wonder that there is tons of money to be made in the various technology fields that exist today. From computers to televisions to smartphones to processing chips, there is money to be made if the company is good at what they do. But with that being said, the technology market is a highly competitive and cutthroat kill or be killed market. If your business or company doesn’t have that mean lean killing machine attitude in addition to having sub par products, you’re finished. So to make it big and reap the rewards, it is definitely no cake walk. In addition to having to stay socially relevant, you actually have to spend money to make quality products that people will want to buy and recommend to others.

You see commercials and various advertisements for the big name tech companies everywhere hailing their new televisions or smartphone or laptop. You here “the next big thing” boom your mind jumps to Samsung. Or “if it’s not an iPhone, it’s not an iPhone” and bam you know that it’s an Apple advertisement. These companies that cement themselves into your brain while producing quality products ensuring that they will stay relevant for just that much longer. And you continue to keep these companies as your go to because they have proved themselves while simultaneously advertising themselves perfectly. But while these super companies reign supreme at the top of the market, you rarely hear about the failures or the companies that have been thrown to the side and are virtually irrelevant; this sells some of these companies short as they can certainly be successful in their own right, especially when the company is smart enough and flexible enough to change and evolve. That is the definition of the famous company IBM.

For the fellow neophytes that know little to nothing about IBM, let’s assume that this is the first time you heard of the company to help go over the extensive history over the technology company giant. Starting with the bare bones basics, IBM (NYSE:IBM) stands for International Business Machines Corporation. IBM is an American multinational technology and consulting corporation that was founded in June of 1911 by founder Charles Ranlett Flint. Specializing in technology IBM is a manufacturer/marketer of computer hardware, middleware and software, and offers hosting as well as consultation services for various areas; these areas range from mainframe computers to nanotechnology. While IBM was founded in 1911 it was originally started as the Computing-Tabulating-Recording Company but was later renamed to the aforementioned IBM label in 1924.

Following the change in name IBM worked diligently building itself as a brand and company. Then in 1952, 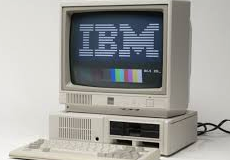 the current president of IBM, Thomas Watson Sr., stepped down to pass on the title of president to his son, Thomas Watson Jr. From then on IBM continued to build itself, attempting to make a legacy that would carry on into the untold future. One of the most notable achievements of IBM is that IBM employees and computers helped NASa track the orbital flight of the Mercury astronauts in 1963 which helped cement their technical prowess in computers. In the following year IBM announced the first computer system family, the revolutionary IBM System/360 which became a staple computer that was sold between 1964 and 1978. Then in 1974, IBM engineer George J. Laurer developed the universal product code which essentially was the first laser scanning barcode reader which would go on to be the backbone of retail checkouts.

Since the mid 70s IBM has slowly been acquiring various companies from SoftLayer Technologies, a web hosting service, to partnerships with one of the aforementioned technology giants, Apple. Also in this latter half of IBM’s life, the company shifted its focus from technology to security offering various services that help companies around the world. While the focus of IBM shifted, IBM still has been the top annual recipient of U.S. patents for 20 consecutive years; this clearly shows that IBM still wants to make cutting edge technology while still pursuing other unexplored avenues. In addition to being the top annual patent recipient for 20 consecutive years, IBM also holds various prestigious titles such as No. 1 company for leaders by Fortune magazine; in 2012 Fortune ranked IBM as the No. 2 largest U.S. firm in terms of number of employees. The company is quite literally massive. But with all of these awards and accolades in addition to sheer size, how could IBM ever fall out of the public eye or die out; surely the company is too big to fail without some freak economy/technology apocalypse right? 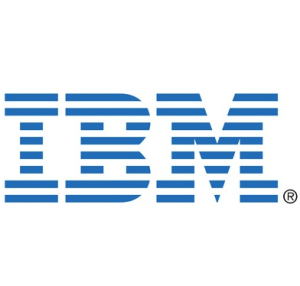 While IBM isn’t completely gone and out of sight from the entire general public, many of the younger generations just don’t really pay it mind. Why worry about IBM when Apple just announced the iPhone 6s? In addition to the lack of interest from the younger generations, IBM has taken a more back seat approach as they continue to acquire companies and partner and help other companies i.e. Apple. From now until the unforeseeable future it is certain that IBM will not close down and die out but rather be the quote “puppet master” behind the whole operation; with meticulous planning and constant evolution, IBM will continue to reap the rewards of nearly a centuries hard work and dedication.