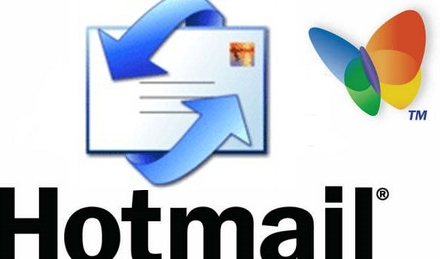 The 21st century is unique in many ways whether it’s from the new inventions and advance in technology and medicine or our somewhat more open view on what were once seen as extremely controversial topics. As each century brought forth a type of culture that impacted its generation and those that grew up in that time frame, the 21st century is no exception. However the 21st century brought with it a thing that is largely artificial as it relies heavily on an intangible object; the internet. We now have a thing called internet culture. The culture defined by things that are popular on one of the most influential tools at our disposal. From comedical things such as internet memes to important influences on our government, the internet is a field of massive proportions. The level of day to day involvement with the internet is staggering as people frequently check Twitter, Instagram, Tinder, emails, Facebook, YouTube, and more as the list goes on and on. Our level of communication with people, whether near or far, is at an all time high as we can send an email to anyone around the world so long as we have their email address. You may have heard recent news about Google changing its structure with the title Alphabet. Seeing how Google is one of the largest internet search engines, email providers, and owner of YouTube this news has caught the attention of many people. But this news on Google doesn’t affect how the general populace use Google products at all but rather is a reorganizing of Google’s company. 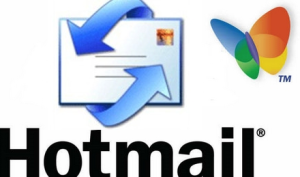 There is no denying that when someone thinks of the internet Google will almost always come to mind. Offering many useful applications such as Google Drive, Gmail, and the Google Play Store, Google is seen as one of the biggest internet corporations around. Talking about the aforementioned use of email for communication around the world, millions of people have Gmail email addresses. But despite its large audience and almost cult following, Google isn’t the only email provider out there. From Yahoo to University based emails, there is a plethora of providers to choose from. However the big ones that immediately come to mind are Google and Yahoo despite there being another email provider that has been around since the 90s; that provider is Hotmail.

For those “youngin’s” who have no idea what Hotmail is, Hotmail is an email provider that was first founded

in July of 1996 with its mission being rather simple; provide an email free of an internet service provider which was the standard before Hotmail. Upon Hotmail’s conception, the service had received an overwhelming amount of support with Hotmail garnering over 8.5 million subscribers in December of 2007. In the same month the service was sold to Microsoft for a whopping $400 million dollars. In terms of today’s economy, that equates to an astounding $595 million dollars due to inflation. Certainly a service worth and sold for so much can’t fall off the market or email scene as it is too massive to fail right? Well unfortunately that wouldn’t render as fact as Hotmail eventually fell off the email scene.

While Microsoft Corporation (NASDAQ:MSFT) Hotmail amassed more than 8 million people using them as their choice of email provider, nothing is perfect. Hotmail’s email service had numerous security flaws, the first of which occurred in 1999. At the time of this security issue, anyone could log into any Hotmail email by typing “eh” as the password. Literally no email was secure as all someone had to do was login to your email using the password “eh” gaining access to all of your personal emails. The next in a line of security issues occurred in 2001 when hackers found a flaw in the system allowing anyone the access to pull emails from any Hotmail email: all done by creating a URL with the second email address username and a valid message number. This caused all Hotmail emails to be vulnerable from August 7 to August 31 of the same year.

Despite Hotmail having various security issues that they then later have to fix, Hotmail met some competition in 2004; the aforementioned Gmail. Google had announced that they now had their own email provider but the reason that Gmail had garnered such a large amount of support was the better services provided by Gmail. Offering greater storage space, speed, and interface flexibility, many switched over to Gmail as Hotmail and Yahoo were left scrambling to update and upgrade their email services.

What Happened to Hotmail – Hotmail Now in 2018

As of 2010, Hotmail was no longer. Being an entity owned by Microsoft, Hotmail had made a transition to the new Microsoft service known as Outlook. Outlook was first introduced in July of 2010 in beta offering Hotmail users to upgrade to Outlook for free and then downgrade back if they were unpleased. Later Microsoft announced that Outlook would be moved to an Office 365 based infrastructure, shortly after Hotmail and Outlook members were able to change the extension of their email to “@outlook.com”. Outlook had brought with it the ability to use different themes, various new calendar layout options, and a filtering service allowing users to free up the “clutter” their email could have.

Once a pioneer in non-internet service provider emails, Hotmail was unable to keep up with the competition of Google’s Gmail in addition to numerous security issues that resulted in Hotmail falling out of first in email providers. While there are still many that prefer Hotmail’s new skin as Outlook, far more people, businesses, and schools use Gmail as their go to email provider due to its easy interface and cooperation with other Google products such as the aforementioned Google Drive. Hotmail will always be the first email provider that wanted to offer an email service free of internet service provider restrictions. Despite the few security issues akin to Hotmail’s email service, many people were happy with the email provider as countless amount of people still use the new form of Hotmail, Outlook, to this day today.