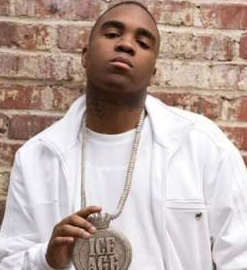 With an iconic catchphrase and the former habit of including his phone number on his lyrics and t-shirts so fans can call, Mike Jones was a successful rapper who delivered rap fresh from Houston. But without warning he disappeared, only to reappear with new projects and a refreshed focus on the rap scene.

So, what exactly happened to Mike Jones?

Born on January 06, 1981 in the northern side of Houston, Texas, the young Michael “Mike” Ansara Jones dreamed of playing basketball and to make it to the National Basketball Association. His friends remember him as the lad who freestyled during recess, and whose amazing basketball skills earned him the respect of renowned street baller Hot Sauce.

Since he frequently transferred schools, he was limited to only playing in the Young Men’s Christian Association (YMCA) basketball leagues because of its rules regarding transferees past the 9th grade, or their “politics” as according to Jones.

Jones was unable to finish high school. Instead he took odd jobs ranging from working in various fast food establishments, in a Compaq plant assembly line, and eventually sold mobile phones in an apartment. He did these all with his close friend T. Brown, whom he also lived with for some time at a friend’s place and in a car. The pair thought of lucrative yet shady ventures that earned them almost a thousand bucks on a weekly basis which they usually spent on pizza. Seeing his success with business, Jones dropped his interests in pursuing a path in basketball and playing in the big leagues.

He was also known to be extremely close to his grandmother. He frequently visited her in Studewood, and she pushed Jones into pursuing a career in rap. She also advised him to his actual name and not a pseudonym, and to make songs for everyone even for the strippers. Jones penned the two songs, “Grandma” and “Grandma II”, as heartfelt tributes for his late grandmother.

Jones’ first step into the world of rap was with a quartet named Souf Folk, and he was known back then as Sache. He released an album with the group, namely Country Thuggin, yet he struggled to secure a major deal. This forced him to fake an announcement regarding a “deal” for 15 million, which was eventually exposed as a lie by his friends after catching Jones in a motel instead of a “trip” to New York for the nonexistent deal.

In 2001 Jones formed Ice Age Entertainment, his very own independent record label. He rapped, promoted, and distributed his works on the streets and to DJs at numerous strip clubs.

Persistence took Jones another step further into his career. He approached DJ Big Red in the strip club Ice Cream Castle with a demo in hand. He was turned down, but he kept returning with the same song in the demo but with a different tone. It all paid off when the entire club danced to Jones’ songs and DJ Big Red included them in his mix tape. Jones was then brought to shows and, through certain connections, he signed to record label Swishahouse. His works didn’t go unnoticed by some of the most prominent DJ’s on the airwaves.

Fellow basketball player and rapper Magno joined Swishahouse and met Jones. The two  toured together with T. Farris, the Swishahouse A&R man. They sold CDs at gas stations, drove to every show, and boosted exposure by appearing at every radio station and record store. Jones’ chemistry with Magno, who is armed with both conversational East Coast flow and clever wordplay, made them both an unstoppable duo on the stage. In February 2003 the pair released their first album 1st Round Draft Picks which earned quite well for an independent release.

Promoters called for Jones more often and he became distant with T.Farris. Jones then performed on concerts on his own, either rapping or removing Magno’s verses. The CEO of Swishahouse, G-Dash, tried to bring the two back together but the effort proved futile. Magno was eventually bounced from Swishahouse while Jones’ contract was extended.

Ballin Underground, Jones’ mixtape under Swishahouse, was released in June 2003 and sold almost 250,000 copies. This paved the way towards underground success for Jones.

Jones’ first single “Still Tippin’” was released in 2004 which received a lot of airtime, and was also used as part of the Swishahouse album The Day Hell Broke Loose 2. His second single “Back Then” was quickly released afterwards, which became Jones’ first single that’s certified Platinum. He released his first album Who Is Mike Jones? on April 19, 2005 which skyrocketed into double Platinum two months after its release. It was also during this time when he signed major deals with Jive Records and Warner Bros. Records.

While at the highest points of his underground success, he was not without a feud. Former fellow Swishahouse rapper Chamillionaire released an album named King Koopa: The Mixtape Messiah, a three-disc set with the first CD dedicated to insulting Jones. Their feud stemmed from Chamillionaire’s calling out of the Houston hip hop scene, saying that they weren’t representing the best of Houston with their works. Swishahouse criticized Chamillionaire after taking offense with the rapper’s statement, followed by Chamillionaire accusing Jones of slander. 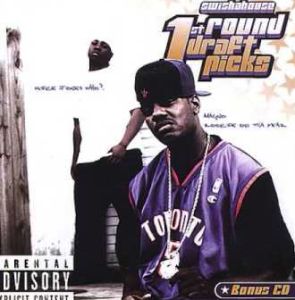 Despite the flame with Chamillionaire, “Still Tippin’” was still prominent on the radio and on Black Entertainment Television (BET). Jones headlined BET”s 2005 awards and, in the same year, guest-starred in two episodes of FOX’s highly popular series Prison Break.

Jones released another single entitled “Mr. Jones” on September 2006 and debuted on the Billboard Charts at #92. The single was made more prominent thanks to rapper Lil Wayne’s “Sky Is The Limit” wherein he used the same music but with different lyrics.

Mike Jones Decline in the 2000s

“All hell broke loose” was what described Jones during the late 2005 to 2006, as per his personal DJ and road manager Slice. The rapper no longer cared about signings and visits to record shops and Best Buy, basically the little things that he used to do during his climb to success. He exasperated DJs by not appearing in promotional stops, and Slice even mentioned that Jones demanded money from the radio DJs. He also failed to make good on his promises, and sometimes did not appear on planned concerts that further incited rage among promoters. Slice described Jones’ habit of not returning calls coming from important persons, and Jones ordered his crew to follow his example.

Successful rappers usually pay their entourage on a salaried basis. However, for Jones, he only paid his crew’s bills, and sometimes did pay them but it wasn’t enough. K.D., the barber who cut the hairs of Jones’ crew (and also accompanied him during the BET awards) described the rapper akin to a father who paid for the haircuts of his children.

Jones released The American Dream on November 2007. Originally planned as an album, it was instead released as an extended play (a recording that contains too few songs to be labelled as an album) and as a straight-to-DVD biopic. As his past actions have infuriated many, promotion of this EP was difficult but still it managed to land spots on several Billboard music charts. He also released the single “Drop & Gimme 50” during the same month, which featured rapper Hurricane Chris. Six months later, Jones released “Cuddy Buddy”, the second single of his upcoming album The Voice. The single ranked #78 on Billboard Hot 100.

During Houston’s Ozone Awards on August 2008, Jones was involved in a physical altercation with rapper Trae The Truth. The fight, according to Trae, was sparked by Jones after the latter described himself as the President of Houston. Trae took offense as he deemed Jones unworthy of such title after the rapper’s lack of representation for Houston. The encounter left Jones with a broken nose.

Jones’ The Voice was released on April 2009, sold 25,000 copies during the first week, and debuted #12 on the Billboard 200. It was Jones’ final album before completely disappearing from the limelight. 2010 and 2011 passed by with neither music nor video coming from Jones. 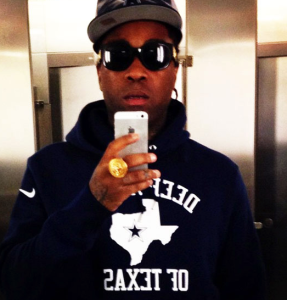 He reappeared on August 2012 with an announcement regarding the progress of his third album, Where Is Mike Jones?.

He also explained the reason of his hiatus was because of certain financial disputes with Asylum Records, his former label. Other sources indicate that the other reason was because of his collaboration with T-Pain on the single “I’m ‘n Luv (Wit a Stripper)”. T-Pain and his label were slapped with copyright infringement by three songwriters (James Reese, Jeff Byrd, and Rodney King) for being very identical to the chorus of “Makin’ Luv 2 A Player”, a song previously penned by the trio. Jones claimed that he had to wait for the suit to be settled before he could release music legally again.

Money Train was released on January 2015, and a month later Jones announced the next mixtape Money Train: Reloaded on his Instagram account planned for a release in the summer of 2015. “Step Out” was released as the single of this upcoming mixtape, featuring Yung Deuce and Dorrough. More recently, he released “On Another Level” last August 2015

Jones posted a picture on his Instagram account regarding the upcoming Reloaded tour in October and November 2015. He’s also actively performing live in concerts these past few months.