What Happened to Joey Lawrence? – What He’s Doing Now Update 2018 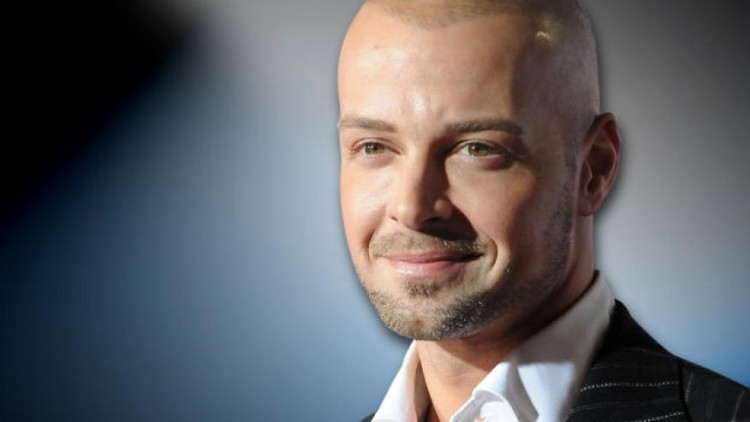 Star of screen and stage Joey Lawrence has made a name for himself in supporting roles. Whilst he has tackled a variety of roles on film, when he appears on TV he more often than not plays a character called Joey or Joe or Joseph. The actor peaked at a young age But has since seen a resurgence in popularity after a successful five year run on the sitcom “Melissa & Joey”. 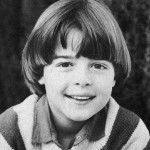 Joey Lawrence was born on April 20th 1976 in Philadelphia, Pennsylvania. His mother, Donna, was personnel manager and elementary school teacher and his father, Joseph Lawrence Mignogna, was an insurance broker. He began acting at a young age, appearing in a Cracker Jack commercial at age five. He was busy appearing on a variety of shows in the early eighties, guesting on “Diff’rent Strokes” and “Silver Spoons”. It wasn’t long before he gained a regular role on the 1983 sitcom “Gimme a Break”.

The show starred Nell Carter as a house keeper for a widowed police chief, excellent comedic premise. Joey Lawrence portrayed Joey Donovan, a young con artist turned foster child. He was a main cast member from season three until the shows end. His performance in “Gimme A Break” allowed him to branch out and in 1985 he had his theatrical debut with the John Candy Vehicle “Summer Rental”. The film was not a critical success, but it managed to be the 2nd highest grossing film on its opening weekend. In 1988 Joey Lawrence voiced the lead in the Disney film :Oliver & Company”. While the film is just shy of the 1989 Disney Renaissance, it was a commercial success and contains a few very good songs.

His next major role was as Joey Russo in the hit NBC show “Blossom” starring Mayim Bialik. Lawrence played the middle child in a family adjusting after the departure of the mother. He played a typical idiot jock and was known for his long drawn out delivery of his catchphrase, “Whoa”. He played the character for four years. He appeared in two films during his run on “Blossom”, “Radioland Murders” a comedy mystery co-written by Star Wars creator George Lucas and Disney’s “A Goofy Movie”, a highly underrated film.

He starred in “Brotherly Love” from 1995-1996, starring opposite his brothers Matthew and Andrew Lawrence, but soon took a step back from acting to focus on his his school work. He Attended The University of California and graduated in 1998 with an undisclosed degree. After a few guest starring roles he returned to film with “Urban Legends: Final Cut”, the 2000 sequel to slasher flick “Urban Legend”. His film career after “Urban Legend: Final Cut” has been somewhat lackluster, none of the films since have been well received critically nor have they seen a substantial return in domestic gross.

Joey Lawrence made his Broadway debut in 2007 in “Chicago” as a replacement for principal character Billy Flynn, a lawyer who has never lost a case and makes celebrities of his clients to win sympathy and sway public opinion. He has been singing since the early nineties and released a few albums. Though he has seen no success in the music industry, he claims that singing is his passion. He announced in 2008 that he was working on an album of ballads, but to date it has not been released. 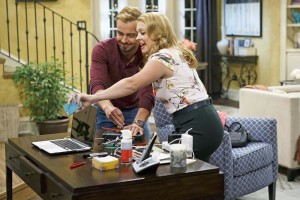 In 2009 Joey Lawrence starred in ABC Family’s most successful television movie to date, “My Fake Fiancé”. The positive reception of the film led to Melissa Joan Hart and Joey Lawrence receiving a sitcom “Melissa & Joey”. The show debuted on August 2010 and ran until August of 2015. The show had consistently high ratings and even won the 2015 People’s Choice Award. During the show’s run Joey appeared in a variety of shows, he was the host of “Splash” and competed in “Celebrity Family Feud”.

What is Joey Lawrence Doing Now In 2018?

He married Michelle Vella in 2002, but it didn’t last long and the couple divorced in 2002. He met his second wife, Chandie Yawn-Nelson, when he was still a teenager during a vacation to Disney World. They married in July of 2005. They have two children, Charli Born in 2006 and Liberty born in 2010.

Since the tremendous success of “Melissa & Joey” Joey Lawrence has been very busy. He has an active twitter, where he communicates with fans whom he calls Angels. His upcoming projects in 2016 include comedy drama “Turning The Tables”, the family film “Arlo: The Burping Pig” starring Drake Bell as a talking teacup pig. He will also be starring in Nick Lyon’s “Isle of the Dead”. The film also stars D.C. Douglas who previously played Albert Wesker in the “Resident Evil” video games. He pitched this film to the producers as a zombie film that would incorporate “Resident Evil” allusions for the video game fans. His other two films in 2016 are “Wish for Christmas”, a family film, and “Emma’s Chance” a sports drama.

In 2017 Joey will be appearing in at least three films. Turning Tables, a recently announced comedy drama co-starring Debra Wilson. Public Disturbance. A film based on the pranks of a popular Youtube”Comedy Troupe”, I can only assume they have a huge following, as that seems to me to be a bit of a gamble of a film. And finally Girl Followed will be released before the years end.