What Happened to Napster – New Updates

As our society continues to innovate and create astounding works of technology, the use of electronics and the internet becomes a heavier burden for our society to face. A burden in the sense that our dependence is getting dangerously high, the benefits of our acclimation to such a wonderous advancement in human life simply outweigh the benefits. With the excessive use of the internet and the latest and greatest in mobile electronics, such as phones and tablets, humans are able to access countless amounts of information and entertainment no matter the location or age of the user.

From streaming applications and websites like Netflix and Hulu TV, we are never without our favorite hit television series and blockbuster movies. Not limited to just movie and television shows the capability to stream our favorite hit singles and artists in the car, at the gym, where ever, has made it so our society will always be able to listen to their favorite songs no matter the task. With the access to the all of this streaming, it is no surprise that many companies and corporations look at the internet as a rapidly growing cash cow with untold fortunes that lie ahead. Companies like Samsung and Apple creating mobile devices dual function as communicative tools to our friends and families and as tools to experience our favorite of the aforementioned streaming sites.

With the race to create the latest and greatest in mobile applications for streaming both music and video there is bound to be companies that fail to deliver the same experience provided by the companies that strive in this growing field. From just general disinterest to heavy competition, the growing world of mobile applications and mobile streaming is not a place for the feint of heart as companies that can’t bear the teeth in such a cut throat competition will surely fail. In addition to the constant threat of failure due to heavy competition, the company itself can also be the cause of its own downfall. If the company refuses to expand and evolve along with the rest of the market and competition the success of said company will slowly dwindle away as the stubbornness towards change will take root and prevent the growth of new users. 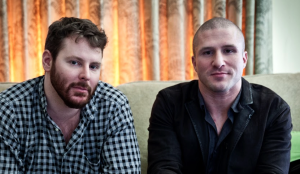 While you don’t hear much about these companies as their short lived legacies are overshadowed by those who excel and succeed, like the aforementioned Samsung and Apple, the importance of learning from the mistakes of others are still pertinent. If you refuse to evolve you will fail. This is advice is ever important as many companies attempt to break into the music streaming market but are met with failure. While everyone knows of the successful companies like Spotify and Pandora, how many know of the sites of old that once ruled and dominated the music sharing market with an iron fist. How many people know of the once great peer-to-peer sharing site Napster.

For those that are unaware of what Napster was, as many people in this day and age are probably unaware at what the site was all about, the late peer-to-peer sharing service was one of the largest music sharing sites in the mid 2000’s. Released way back when in 1999, co-founders Shawn Fanning, John Fanning, and Sean Parker had created a practical music sharing site that could offer the ability to access various mp3 files. With this goal in mind, the trio had launched Napster in hopes of the service becoming a hit. However the history of Napster is a bumpy road as the ownership has shifted. While the service was founded and launched by the aforementioned trio, Napster would be purchased in November of 2002 by Roxio, a United States software company. In addition to the change in ownership, Napster had ran into some legal trouble as they were forced to halt business due to copyright infringement. This is when Roxio would take control of the music sharing service. Learning from its mistakes, Roxio had changed the service Napster would provide moving from a file sharing network to an online music store that would reign supreme all the way into December of 2011. It was reported that Napster had peaked at a whopping 80 million users.

For a company/service to survive and strive for such a long time, they surely needed to rake in the cash. The way that Napster was able to continuously rake in the moolah was by selling shares of the company and getting investors. By having an astounding track record, aside from the copyright infringement in its infancy, Napster showed to be a promising investment for various investors to throw their money at. It is this way that Napster was able to retain and gain enough funds to continue to fuel the operation.

So as of December of 2011, Napster has continued to strive and succeed in its online music store endeavors amassing 80 million users. It is here where the story of Napster seems to take its fall. On December 1st, 2011 Napster was purchased by Rhapsody an aspiring music streaming service. While Rhapsody was a successful streaming service, it is with this new change of ownership where Napster seemed to end. With mainstream music streaming sites Spotify and Pandora reigning supreme, Napster still is determined to provide a quality music experience for their dedicated fan base. Despite the end of popularity Napster had once garnered, the legacy that the service has left behind is still known by devout users as the one of the greatest music sites to date. Spawning a whole generation that expects the best of the best when it comes to music consumption not wanting to deal with companies that have advertisements playing left and right. 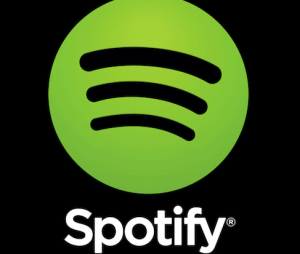 While the success showed by Napster has certainly been slowed by popular freemium services like Spotify, the company isn’t dormant as they continue to express their opinion on the current state of music streaming sites. Most recently the spokesperson for Napster had stated that the firm strongly believes that there is no future for freemium sites such as Spotify. Claiming that Napster is still focusing on providing a quality music experience that doesn’t revolve around the pressure of selling advertisements or hardware.

If companies wishing to break into the heavily competitive market that is music streaming and sharing, they should definitely heed the warning of being able to be flexible and embrace change. As Napster had once been shut down due to copyright infringement, the service had changed and bounced back with a force that would cement its success all the way into 2011. Regardless of the end that Napster had succumbed to, the service still was met with resounding praise and success as one of the greatest music sites to date still used by a small devout group.