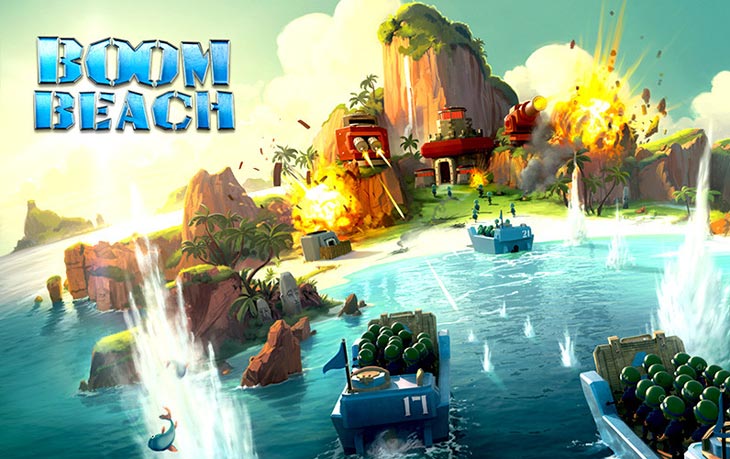 Boom Beach is a mobile strategy game from the same people behind the massively successful Clash of Clans, Supercell. Playerbase soared to millions, merchandise popped up everywhere, and frequent updates promise a bright future for those two games. Many other developers followed the trend of mobile strategy games after seeing how the Supercell games fared.

The other games that tried to become the next big mobile strategy hit followed the tried-and-true formula. Have players gather resources in order to build defenses and train units. Encase the base within thick walls and set up an elaborate pathway to maximize enemy casualties. Attack other players and forge alliances with your friends to become the most feared clan / alliance in the whole world. Dangle tempting premium currency with real money so players who don’t mind spending can have some kind of advantage towards the others. Slap in a different theme for the game like medieval or ancient Greek and you got yourself a new mobile strategy game. Release it with fingers crossed hoping that it will attract a good population of players who will then beg for more content and updates. 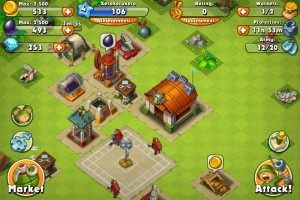 Jungle Heat is incredibly similar to Boom Beach and Clash of Clans. Even the introductory tutorial gave me déjà vu. The main antagonist, General Blood, might remind you of a pumped-up version of Lieutenant Hammerman. You might even start to think that this is a Supercell game. But it is not.

The units in the Barracks are similar to the ones in Clash. From the Slasher (Barbarian) to the Iron Storm (P.E.K.K.A), there’s no mistaking that the mooks from Clash were just given modern armaments, but there are some structures unique to this game. There’s the usual resource gathering of gold and oil, setting up defenses from the Watchtower to the Death Ray, using gems to speed up things, and of course joining clans.

The game sees regular updates and, based on the information in Google Play, there are a lot of new upcoming units and features. If you’re just looking for another strategy game but don’t mind playing something that is incredibly familiar then go ahead and download Jungle Heat. 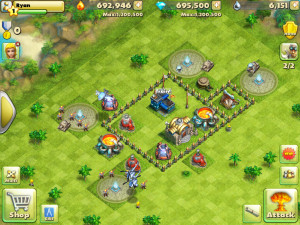 The world is in ruins after a earth shattering event took place called… The Event. Thanks to that “Event” chaos now reigns supreme and it is up to you and other players to bring humanity back to the right track.

Battle Beach takes place on a habitable tropical island where you must build your base and train an army that will take back the world from anarchy. The troops you can train are just like those that were mentioned above in Jungle Heat. Eventually you will be able to unlock ships that can fire missiles on enemy bases prior to battle, just like how you fire artillery in Boom Beach.

The game is quite generous when it comes to its premium currency, called quicksilver. Aside from being rewarded in the single player campaign and in other challenges, you can also watch advertisements to earn quicksilver. There are even instances when you are asked to install other games made by the developer (Ember Entertainment) in exchange for a hefty amount of quicksilver.

If you’re the kind of guy / gal who likes to play a lot of strategy games, even if it is just the like the other ones you play, then add Battle Beach to your queue. It might just be the perfect game to play once you’re done tending to your other bases. 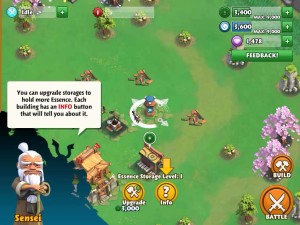 familiar recipe of mobile strategy games and paint it with Eastern themes and you get Samurai Siege. There’s not much to say about the game if you are familiar with Boom Beach or Clash of Clans as it is very much similar to the latter. Jade coins and essence are the primary resources while the premium currency takes the form of diamonds, and these can be acquired in the single player campaign or won in wars. Honor is equivalent to player rank and alliances are the player groups. Editing a base is a simple matter of dragging and dropping structures just like in Boom Beach.

A unique feature to Samurai Siege is that you are required to play the single player campaign, as it is the only way to unlock additional units and structures aside from diamond rewards. Another feature is that certain defensive structures can be upgraded to fire different kinds of ammunition. There is also a unit called Commander that orders other units to attack defensive buildings instead of their usual targets while giving passive bonuses.

If you feel like just trying something new without the need to familiarize an entirely different gameplay then give Samurai Siege a shot. Trust me, you won’t find yourself lost on what to do here. 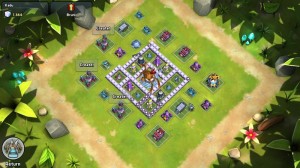 Armies and Ants was created by Brazilian game developer Oktagon Games and features a science fiction setting with a focus on bugs. You are in charge of a colony, with the Queen serving as your primary structure. Thorium and oil are the resources that must be harvested in order to build defenses, train units and expand the colony. Crystals are the premium currency used to instantly finish training and construction times.

One unique aspect of this game is that you control a hero unit in battle, who can be assigned to attack a specific target unlike the other units that are just dropped on the field and attack the nearest structures. As you progress in the game you will get to unlock other heroes with unique abilities that bring different advantages to the battlefield.  As usual there are quests that reward resources, a ranking system, and clans where you can tag along with other players to beat up other clans.

Armies and Ants has impressive 3D graphics that require high-end devices to run it smoothly. If you like bugs, especially if they are made of metal, then this game is for you. 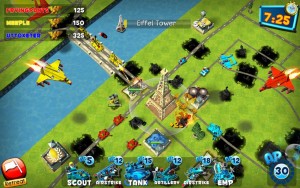 Friendly Fire literally brings the thick of battle right in the middle of your street. The game uses the player’s location though Google Maps street data as the layout for base construction. If you are not satisfied with how your place looks, or if it is strategically bad, then you can freely choose a different location. It plays like any other mobile strategy game with the usual resource gathering, building defenses, training units, and attacking other players from around the world.

Deploying units during an attack is not like other games in the genre where you just have to find a good spot to drop your forces. Here you must deploy them on specific drop points and the units will follow the road towards the enemy buildings. Friendly Fire also allows you to fast-forward attacks which can save a lot of time.  There is no war between alliances in this game but instead it is a race to the top 10 of the seasonal leaderboards, and to the victors go the spoils, in the form of gems.

Everything is presented in cartoonish graphics with wacky animations. Watch as your iron-clad tanks happily jump like bunnies as part of their victory dance. Friendly Fire is pretty fun to play with a combat system that feels like a refreshing change from the usual tap and drop method. Try this game out and see for yourself.

Have you tried any of these games? Do you know other games that are like Boom Beach? Let us know in the comments below.