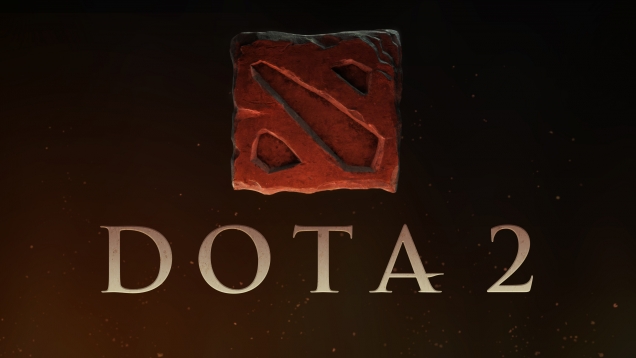 DotA 2 is without a doubt among the reigning juggernauts in the multiplayer online battle arena (MOBA) genre nowadays along with League of Legends. Millions of players worldwide are captivated by its thrilling and addicting gameplay. Other MOBA games have been released with the same basic formula of lanes, towers, and creeps, but with twists of their own.

If you are on the hunt for a new MOBA to try out then check out this list of games like DotA 2 we have prepared for you: 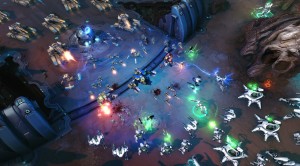 Bandai Namco brings new twists and a science-fiction flavor to the MOBA genre with Supernova. The usual elements of three lanes with towers and spawning creeps are present. Heroes are known as “commanders” and are categorized into the usual roles in this genre (assassin, support, tank, etc.).

Now to talk about what makes the game different from the other titles. Supernova does not have item shops where you must purchase items with gold earned from killing. Instead you’ll have to customize your commander with Proficiencies. These act pretty much like items and you still need to kill enemies in order to earn Proficiency Points. You’ll also earn points which are used to upgrade commander-specific attributes such as weapon damage and ability cooldown reduction. Customizations outside combat (like Runes from League of Legends) provide more enhancements to commanders.

There is also some real-time strategy aspect in this game. You can choose what kind of creep will spawn and you’ll have to upgrade their stats like attack damage and health. As the game progresses you’ll have to build structures that will allow spawning of more powerful creeps. Spamming them mindlessly won’t work as each unit in the game counters another. There is also a resource requirement for spawning creeps so you’ll have to keep an eye on that too. Late game phases become large-scale battles with fully-decked commanders duking it out.

Supernova is still on alpha with news about a beta release sometime this year. If you are longing for a MOBA with management on both creeps and commanders then this game is the right one for you. 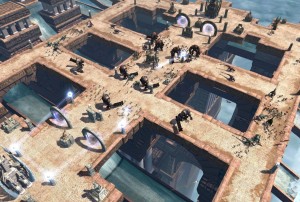 Demigod puts you in control of a… demigod that walks along mortals and fights other demigods for a chance to ascend as a god.

You gain gold upon slaying enemies which is used to upgrade your buildings, creeps, and even income and experience earned. Upgrading reinforcements allows different kinds of creeps to spawn. There is also the option of summoning additional units with the use of idols.

Demigods are split into two categories namely assassin (the fighters) and general (the leaders and summoners). Each demigod has a large assortment of abilities both active and passive which paves the way to many different kinds of playstyles.

There are eight arenas that provide different challenges. Small maps lead to quicker fights while the larger ones require more strategic movement. The graphics are gorgeous considering that Demigod is a seven-year-old game. Zooming in and out of combat provides a very entertaining perspective on the ongoing carnage.

It may be old but Demigod still packs a punch in both gameplay and visuals. Try it out and watch how a hulking castle with legs flattens mortals with a huge hammer. 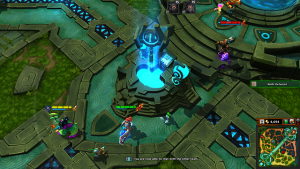 S2 Games first brought Heroes of Newerth to the MOBA scene in 2010. Five years later they released Strife which was touted to be less toxic and friendlier to casual players than its older brother. You’ll see this on the game’s cartoony visuals and characters compared to the darker and mature tones in Newerth.

One unique aspect in this game is the Crafting feature. You can actually customize the items you purchase in a match. Want extra mana regeneration to a boost in attack speed on your boots? Go ahead and craft it. This is done with the use of Elixir which is obtained after every match. You can also use Gems (the premium currency) to craft if you’re feeling extravagant.

Another is the Pet feature where you can purchase little critters with abilities that can help you in battle. You can unlock more of them as you obtain feathers after every match. They learn new abilities as they level up.

All 25 heroes are available right off the bat for you to play with. If you use one hero frequently you will gain masteries that indicate your proficiency with that character.

If you want a game like DotA 2 with less toxicity and more on the lighter side of things then go ahead and install Strife. 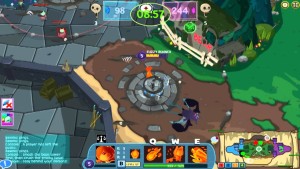 Fans of the critically-acclaimed animated series Adventure Time are in for a treat as Battle Party pits their beloved characters on a fight to the finish in a two-lane arena.

Battle Party is browser-based so there’s no need to install anything. However it might not work on certain browsers. There are 19 playable characters ranging from Finn to the Lumpy Space Princess and only have three active abilities and one passive. They can be customized cosmetically with outfits.

There are no items to purchase or skills to level up. Instead you choose among backpacks that contain five items with individual bonuses. These bonuses can be boosted whenever you level up. All abilities are available on the start.

Available game modes are 1v1 against A.I., and 3v3 against a trio of A.I. or human players. Matches are constrained with a time limit. If the time runs out the winning team is determined based on points. There is no way to chat with other players thus greatly reducing toxicity. The only way you can communicate with others is through pinging.

It might look like an introduction to the MOBA genre for kids but Battle Party can be quite fun to play despite having its mechanics stripped to the bare basics. If it makes you feel like you’re an adult in the midst of a community of youngsters just think of it as if you are playing with a younger sibling. 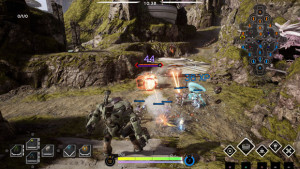 MOBA games always have a topdown perspective just like the classic RTS games. Smite attempted bringing the genre to a third-person view and it was successful. Now Epic Games follows suit with Paragon which is slated for an open beta release on summer this year, and thanks to Unreal Engine 4 the game delivers stunning visuals as chaos reigns on the battlefield.

It seems that these new MOBA titles are forgoing the traditional gold and item systems in favor of other ways to customize a hero. Paragon does this with a Card system. You get to equip your hero with cards from a card deck with the use of card XP. You’ll earn the XP by picking up Amber which is the equivalent of gold in other games. Players can also capture Harvesters on the map which provides team-wide Amber.

As you play more matches you’ll unlock more cards thus bringing more customization options on the table. One thing to remember is that you can trash cards if you don’t need it anymore but it will no longer be available for the rest of the fight. The game follows an Affinity system which is somewhat reminiscent of Magic: the Gathering. Heroes are aligned to certain affinities like corruption or fury (black and red respectively) and thus are only compatible with cards in the same vein.

Heroes attack upon clicking the left mouse button. The right mouse button is reserved for the first ability. The other abilities are bound on Q, E, and R keys. Accuracy is of utmost importance if you wish to land your shots properly and to avoid getting flamed by your mates.

So far there are 13 heroes available with new heroes promised to be released frequently. You can sign up for the beta on their website and you can also purchase a Founder’s Pack so you can play immediately and retain your progress when the full release comes around.

Have you tried any of these games? Do you know other games like DotA 2? Let us know in the comments below.