What Happened To Henry Winkler – New Updates for 2018 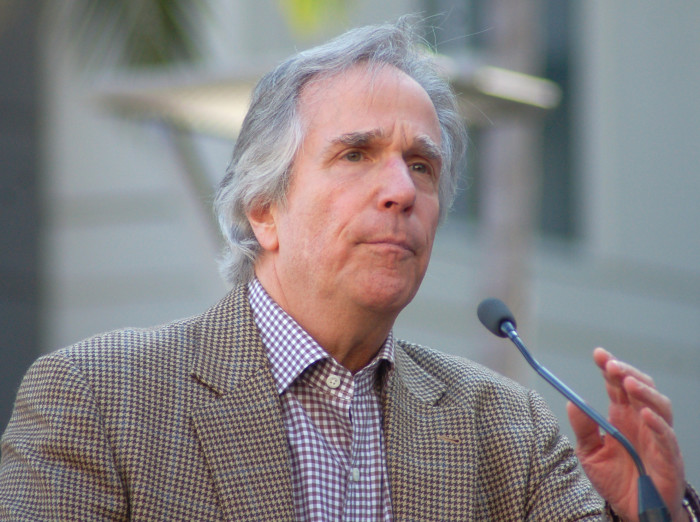 Henry Winkler, The Fonz himself, has had a long career in show business. He rose to prominence in the seventies starring in the 50’s throw-back sitcom “Happy Days”. So popular was his character that he eventually received top billing. His career since then has been filled with references to his hey day, but thankfully he seems to take it all in good humor. So what has the coolest man alive been doing with himself these days?

Henry Winkler was born on October 30th 1945 in Manhattan New York. His parents were Jewish German Immigrants Ilse Anna Marie Winkler and Harry Irving Winkler. He claims that his childhood was rougher than most, and his time at school worse still. His father was a polyglot, and very skilled in mental arithmetic. His relationship with the young Henry Winkler was poor due to his sons bad grades, attributed to undiagnosed dyslexia. Winkler has stated that he wanted to be an actor from a very young age. He graduated from Emerson College in 1967 and went on to the Yale School of Drama in 1970 where he earned a Masters in Fine Arts.

He moved from University straight to the the stage and began appearing in commercials in the early seventies. While Winkler shot the film “The Lords of Flatbush” in 1973, he was still a relative unknown when he secured his most famous role. Henry Winkler moved to LA in mid 1973, but found himself missing his home city. Just as he was readying to the leave, he went in for one more audition. And nailed it. He took on the role of Arthur Fonzarelli in Garry Marshall’s “Happy Days”.

Winkler was the break out character on the show, which ran for a decade. While early episodes focused on Ron Howard’s Ritchie Cunningham and his friends, with The Fonz as a minor character, his popularity forced the writers to make more and more of the show revolve around Winkler’s character. When Ron Howard left the show in its sixth season to pursue a career as a director, Henry Winkler became the star. The show would introduce more and more of Fonzie’s extended family, including Scott Baio playing Chaichi, not the first time he would work with Henry Winkler.

During his run on “Happy Days” Henry Winkler appeared in a variety of films. The first big picture to be released after his rise to fame was the aforementioned “The Lords of Flatbush”. While he shot the flick before appearing on “Happy Days” it wasn’t released until after. In it he played Butchey Weinstein, a member of a greaser group in New York. He looked exactly like the Fonz in the flick, it may have had an influence on why he was hired for “Happy Days” in the first place. He played Vietnam war vet Jack Dunne in the 1977 film “Heroes”, co-starring with Sally Field and Harrison Ford, in his first post “Star Wars” role. Both films were financial successes.

In 1982 he starred in one of Ron Howard’s earliest feature films, the comedy “Night Shift”. Howard and Winkler would collaborate many times throughout the years. “Night Shift” was another minor hit for Howard, and further propelled him to super stardom, as far as a director can have super stardom. Winkler’s acting career in the eighties and early nineties began to stagnate, though how much of this was intentional is unknown. He focused instead on his directing and producing, producing many popular television shows through his company in the eighties, including MacGuyver and So Weird. His directorial credits include “Memories of Me”, starring Billy Crystal, and “Cop and a Half”, starring Burt Reynolds.

His acting career took off again in the mid nineties, with a stellar performance in Wes Craven’s “Scream”, playing the principal of the school. His death scene was one of my favorites in the flick. Adam Sandler soon approached Winkler to appear in his 1998 comedy “The Waterboy”, playing the off-beat Coach Klein. This would be the first of several Sandler flicks that he would appear in, showing up in “Little Nicky” and “Click”. In 2003 he would have a recurring role inn one of my favorite shows of all time. “Arrested Development”.

The Fox Network’s “Arrested Development” was a critical darling, but never really found a consistent audience. The show was produced by Ron Howard, who also provided the voice over. Henry Winkler played corrupt and inept, a deadly combination, Bluth family lawyer Barry Zuckerkorn. The show made numerous references to his previous role on “Happy Days”, of which Ron Howard is also an alum. During one particularly funny episode Winkler again jumped over a shark, a reference not only to the phrase, but also to the episode of “Happy Days” where the Fonz literally jumps over a shark.

Jumping the shark is a phrase that denotes the point in a television shows lifetime that marks its steady decline from good to bad. The moment itself may be awesome, but never again will the show match that quality. During the third season of “Arrested Development” Henry Winkler was off starring in a season of “Out of Practice”, as such the wonderfully meta show replaced him with former “Happy Days” cast mate Scott Baio. It really is worth watching.

What is Henry Winkler Doing Now in 2018

Since 2010 Henry Winkler has appeared in a wide variety of shows, including “Batman:The Brave and the Bold”, playing Ambush Bug, a recurring role on “Parks and Recreation”, playing Dr Saperstein, and “Royal Pains” on USA Network.

These days you can see Mr Winkler on any channel you care to mention. He continues to star in “Childrens Hospital”, the tv show version of Rob Corddry’s Web series of the same name, the show is very funny and very not safe for work. He stars in an adaptation of his Hank Zipzer novels for CBBC. The British production changed the setting from the United States to the UK, it has been renewed for a third season with Henry Winkler playing the role of Mr Rock.

This year we can see Henry appearing in “You are Nothing”, “Donald Trump’s The Art of the Deal: The Movie”, “Better Late than Never” and next year in the documentary “King Cake: The Big Easy Story”. This doesn’t even begin to scratch the surface of Henry Winkler’s career. The man has been active in the industry for more than four decades. He has been on Broadway, he writes books, directs TV shows, appears on webseries. You name it, Henry’s done it. Hopefully we can see a lot more from him in the years to come.

Henry is a beloved star in Hollywood. So many of the kids that grew up thinking The Fonz was the coolest are writers, directors and actors in the business. As a result his second renaissance has seen him appear in many things over the years. This year is no different, with a new season of Arrested Development on the horizon, not to mention Bill Hader’s new show, Barry. Starring a fictional hitman turned comedian, the TV movie looks more like a back door pilot. I love Bill Hader’s acting, and hope he, and Henry, are onto a hit.