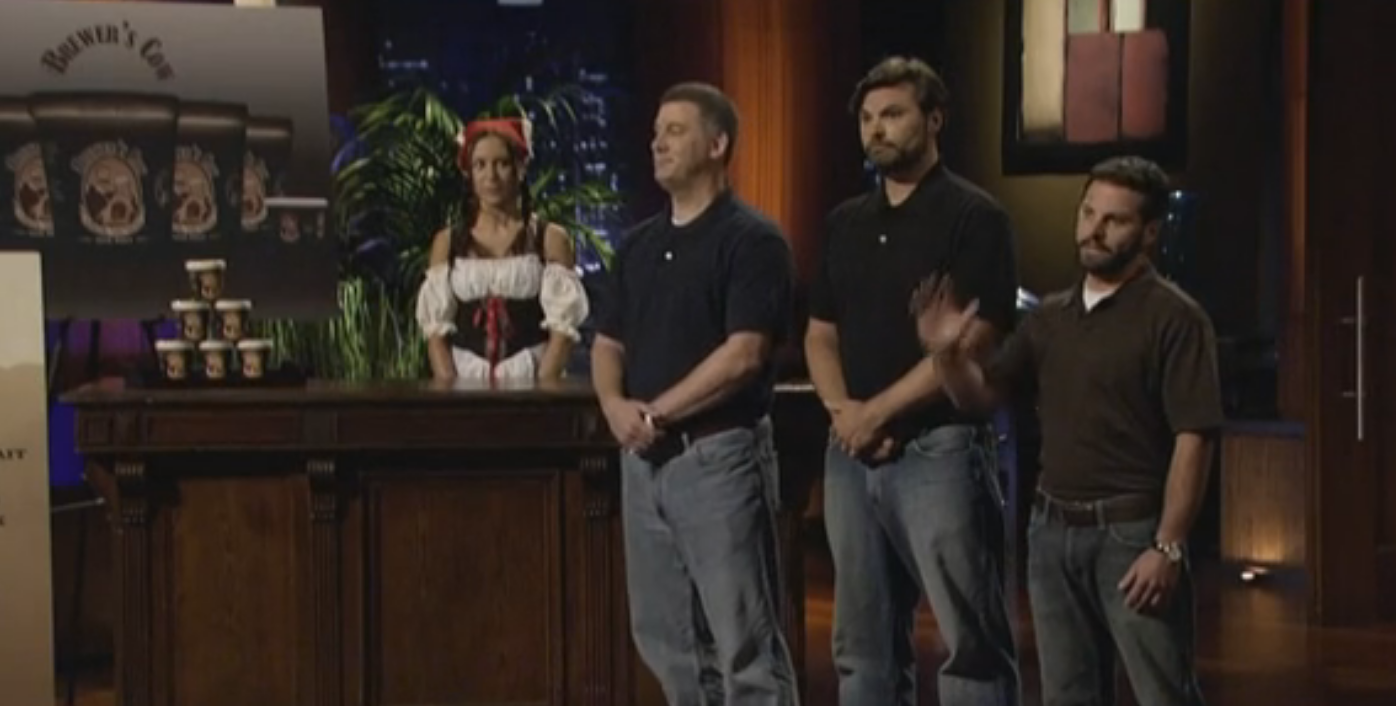 Who wants a brewski? A sud? A wobbly pop? Whatever you call it, most of us love a nice cold pint of beer. How about a delicious cold bowl of beer —beer flavored ice cream that is. Almost sounds too good to be true, doesn’t it? Well, Ice cream connoisseur Steve Albert decided to intertwine his two favorite cold treats to create a most unusual twist on the frozen favorite.

Steve had been perfecting super premium ice cream recipes for over a decade when he determined that finding success in the crowded ice cream market would require creating new and unique flavors that consumers hadn’t yet experienced. A light bulb went off and he decided to pair his frozen deserts with the oh-so-unexpected bar time favorite.

Steve developed a process to remove the alcohol while keeping the beer flavor, then he added nuts, caramel, fudge, and other craft beer ingredients, finally mixing it together with his high-quality creams. The resulting product was a one-of-a-kind beer infused ice cream.

Feeling like he had a home run on his hands, he partnered with friends Larry Blackwell and Jason Conroy to create Brewers Cow Ice Cream. The Connecticut natives started selling their unique ice cream locally and even managed to get a small product order from grocery mammoth Whole Foods. But before their ice cream dream could come to fruition, they needed an investor to come on board. The trio headed to the Shark Tank.

Brewers Cow In The Tank

Steve, Larry, and Jason entered the tank accompanied by a model dressed in German bar maid attire. Wasting no time, Steve started the pitch by introducing the Brewers Cow team who came seeking $125,000 in exchange for 15% of their company.

Steve explained that Brewers Cow reverse-engineered beer rendering it alcohol-free, added craft brewery staples, and then mixed in high-quality creams to create one of a kind flavors. The potential flavor concepts, they believed, were limitless, “we’re only bounded by the amount of good beer out there, which we all know, there is plenty of!”

As Steve explained the product concept Robert and Mark chuckled, intrigued by the novel idea. 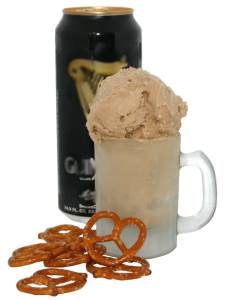 Jason then eagerly took over, stating that a shark investment would “take their company to the next level”. He began outlining their market strategy – they planned to take Brewers Cow ice cream to supermarkets nationwide. They would do this, he said excitedly, by offering something completely new to consumers. They would leverage their unique flavors to gain some of the highly competitive shelf space. He further tried to entice the sharks by claiming that if they were to only capture 1% of this market they would quickly become a multi-million dollar business.

Hearing these optimistic expectations clearly bothered Kevin. He stared blankly at the pitch, a distinct lack of enthusiasm could be read on this face

The Brewers Cow team took a break from pitching, allowing their bar maid, Claire, to hand out samples of their ice cream served in miniature pint glasses. Robert, excited to try the product, even greeted Claire in German.

After a quick ‘cheers’, the sharks began to dig into their frozen treats. Immediately, Robert and Mark were impressed with the flavors and start praising the product. “Wow”, Robert exclaimed, Mark followed in suite “You guys did it. Ice cream and beer – It tastes good.”

An audible sigh of relief could be heard from the Brewers Cow trio.

Daymond John didn’t touch his sample and quickly went out. He explained that he was lactose intolerant and for that reason, had no interest in an ice cream business. Mark defended the product by saying that he too was lactose intolerant but just didn’t care because the product was that good. O’leary wasted no time and wanted to start asking important questions, he added that he was “lack of sales intolerant”. He began, characteristically, prodding into their sales figures.

Larry started to address the companies financials, prefacing the numbers by reminding the Sharks that they had only been in business for one year. The sharks instantly looked at each other as if to say “not a good sign”. Larry kept going, in the first year, he said, they were focusing entirely on their local markets, targeting ice cream shops and restaurants. With this strategy, they managed to sell an unimpressive $5000 worth of product. This figure had the sharks stunned as they wait to hear something that could justify the $800,000 valuation. Feeling the shark’s interest start to fade, Larry enthusiastically added that Whole Foods had an outstanding order.

The Whole Foods order intrigued Mark, he was happy to fund purchase orders, he asked how much the order was for. The answer that he received was confusing, to say the least. At first, Larry said the order value was a mere $400, hearing this, the sharks erupted in laughter and questioned why they would need help funding an order of that size – Immediately Larry tried to back peddle and clarify what he meant. Steve and Jason chimed in to help answer Cuban’s basic question but, in turn, begin interrupting and contradicting each other. The trio started scrambling to explain the Whole Foods order and even mixed up the difference between their profit margins and individual store order sizes.

The pitch was starting to get away from them and at that point, it was unclear who was more confused, them or the sharks. Barbara likened the conversation to the old Abbot and Costello sketch ‘Who’s on first?’. Their inability to answer these fundamental questions was enough for Barbara and she goes out.

The sharks then move on to another basic question, what is your breakeven point? The three continue struggling and couldn’t seem to come up with an answer. Robert heard enough and stressed that “there are certain things in every business that you’ve got to know every morning when you wake up, and one of them is ‘what do I need to do to break even’”. He goes out based on the lack of preparation and understanding of their financials.

Mark was a little less critical and decided to give them some advice, he felt that the only real opportunity for Brewers Cow was to go find a big beer company to license the product. He didn’t see the potential as an investor simply due to the sheer volume of sales they would need before any substantial return could be made. With that, he was out.

Kevin, the only shark remaining told them bluntly that he couldn’t see any national grocery chain picking up such a niche product. He ended their shark tank dreams with an almost poetic explanation “I’m out because I think you’re ice cream bozo’s” 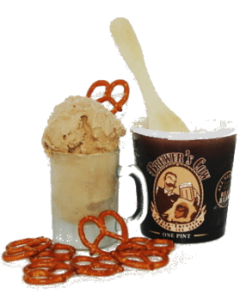 After one of the worst pitches in the tank, Brewer’s Cow tried to bounce back and continue operating on their own without the guidance or money of an investor. Right after their pitch, the company seemed to have found some success. During 2012, they were active on all social media channels with frequent posts boasting sales growth and media attention. Their website was live and the product inventory was frequently updated.

After that, the Brewers Cow business seemed to grind to an almost dead halt. In early 2014, the company sent a tweet that let followers know in order to move forward they would require an investor to help fulfill their distribution and production needs. Shortly after that, the website went down and social media accounts became quiet. It seemed as if that was the end for Brewer’s Cow.

In 2015, however, the Brewer’s Cow website was back up and the social media accounts began posting sporadically. The website had a facelift but the number of product SKUs decreased dramatically.

Unlike Brewers Cow, the beer infused ice cream market has seen considerable growth since 2012, with industry giants like Ben & Jerry’s constantly creating new beer based flavors and many new companies sprouting up trying to dominate the niche space,

Today, the Brewer’s Cow website is live but there is no way to purchase the products online or in store. I personally contacted the business through their facebook page and got a relatively quick response saying that Brewers Cow is in fact live and well but currently laying low as they re-structure their business model.

While the future of Brewer’s Cow is unclear, we can rest assured that they have not given up on their ice cream dream and in the meantime, there are many beer-infused alternatives.