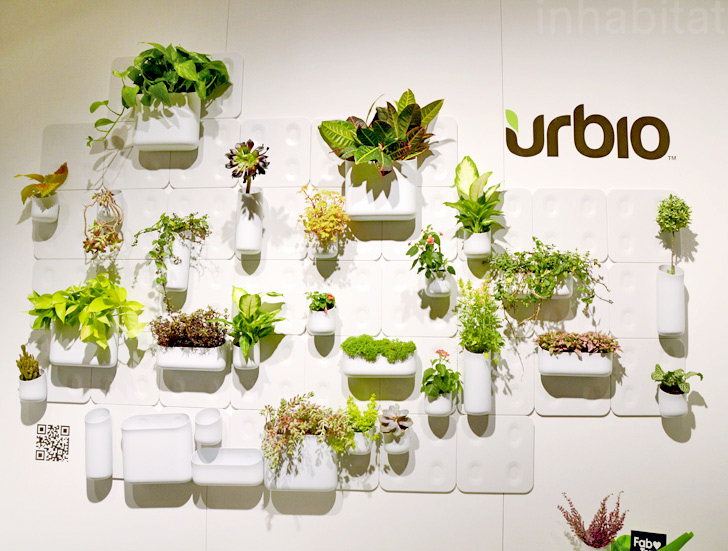 Jared Aller and Beau Oyler were business partners and talented designers. Using assistance from colleagues at Enlisted Design, the design business founded by Jared in 2008, they developed Urbio. It was an innovative and stylish space saving idea, a way for city dwellers with limited capacity and a love of gardening to utilize their unused spaces more effectively.

The young entrepreneurs sought assistance to complete the development process using the start-up crowd funding site Kickstarter. Although their goal for the forty day campaign was only $15,000, to assist with tooling expenses, they achieved over $77,000 by the time it ended. Of the 818 backers, more than a quarter of them had pledged at least two hundred dollars. The Kickstarter community were impressed with the idea, and they showed it clearly.

By early 2012 Beau and Jared had completed the manufacturing process and were employing a Vice President of business operations. After some initial hiccups and a small delay, they began to process Kickstarter orders. Business was good but cash flow difficulties led to problems processing orders in a timely manner. They applied to appear on Shark Tank, and after being accepted, they appeared on the show in early 2013.

When Beau and Jared appeared on the show, they were looking for a $300,000 investment from the sharks in exchange for 12% of their company. Looking casual and relaxed, they were more fresh faced and youthful than many entrepreneurs that had appeared previously.

The pitch began in earnest style from Beau. Smiling so hard that he almost seemed to be grinding his teeth at times, he focused on the unique functionality of Urbio. Calling the product ‘the modern vertical garden’, he enthused that it was a functional and stylish solution for the problem of limited space in smaller homes. A series of magnetic plates utilized vertical wall space, enabling a variety of similarly magnetized containers to be attached simply and safely. The super strong magnetic plates were fully modular, able to be used on virtually any shape or size of wall.

The variety of containers were all equally stylish and functional. They were designed to not only look great, just like all the other parts of the Urbio system, but they were also durable and suited for a variety of purposes. The product wasn’t just aimed at gardeners, it was intended to be used in the kitchen, or the bathroom. It was ideal for cramped offices, or virtually any room, or any purpose.

Beau didn’t have the most polished style of pitching the Urbio system, but he loved the product. His belief that Urbio would be universally loved seemed to be almost infectious. With Jared’s relaxed style helping out on the pitch occasionally they gave the sharks a suberb impression of the potential of the business. Jared revealed that the system had already received positive media coverage. It had been featured in a variety of magazines and had been showcased on TV multiple times. It had been sold in fifty countries via online sales.

To finish the impressive pitch, Beau invited Lori Greiner to try the Urbio experience for herself. She stepped up and placed a plant container on one of the stylish magnetic plates, ‘They’re strong’ she remarked, clearly surprised. She quickly discovered how easily the interchangeable elements could be swapped about and she looked even more impressed as she sat back down.

With the pitch over, Mark Cuban admitted that he had discussed a deal previously with Urbio and had an unfair knowledge of the product. With that announcement he removed himself from further negotiations.

Kevin O’Leary wanted to know what the sales had been like so far. $125,000 in only the first four months Beau replied proudly, smiling like a maniac. Most early sales had been via the website, but they had been boosted recently by sales in twenty five small retail outlets.

Robert Herjavec inquired about the retail price. Beau ran through the prices of the individual units. At around $15-$35 for most of the elements, they were reasonably priced for such stylishly designed products.

Lori asked what the production cost was. Jared explained that there was a 75% profit margin on most of the elements.

Daymond John asked if there were any similar products on the market. Jared admitted that there were other similar vertical gardening products available, but they all had flaws such as leaks and mould build-up. As experienced industrial designers, he and Beau had produced a superior product that had overcome these problems.

Robert, Lori and Kevin were all looking interested in the product by now and Kevin spoke up first. He offered the requested $300,000 in exchange for 20% of Urbio, but he added a condition. Jared and Beau would be unable to draw a salary from the company and would instead only be able to benefit from a stock distribution. ‘I want to put your shoes in the same position I’m in.’ He explained.

Robert was next. He loved the design, and he offered $400,000 for a 20% share, but $100K of the investment would be used to employ a manager to run the company full time, supporting the design based activity of Jared and Beau with 100% commitment to the Urbio business.

Daymond wasn’t as impressed. He thought the previous offers had been generous and couldn’t understand the valuation that his fellow sharks had made. Unwilling to be quite as generous as the others, he wished Beau and Jared good luck and dropped out of the negotiations.

Lori jumped in with an offer, it matched Kevin’s exactly, the requested $300,000 for a 20% share of the business. Lori however, stressed how well she could sell the product through her vast array of retail and QVC contacts.

Robert could see Lori beginning to win the deal and tried to slow her down. ‘You never talked about the beauty of the design’ he chided.

‘I love it, they know I love it.’ Lori hit back, and Beau agreed that they did know it.

Kevin tried to shoot Lori down a little as well. After asserting that the product was directed towards the hip and trendy demographic, he claimed that QVC customers were ‘grandmothers’. Lori was as ready as ever to defend QVC.

‘Sometimes you remind me of a golf-ball, small, bald and I want to hit you hundreds of feet away’ she struck back. Her teeth were smiling, but her eyes weren’t. Kevin knew better than to continue along similar lines and he took it gracefully as the sharks laughed at Lori’s killer line.

Lori once again stressed her immense selling capability, her fast placement of products with big retail chains and her vast contacts in both retail and manufacturing, Robert tried to derail her again.

‘You know what? All I hear is me me me.’ he said accusingly.

Beau had yet another sweetener for the investors up his sleeve. He revealed that Urbio had received a purchase order from The Container Store. Just that one initial order was worth $150,000 in sales and would see Urbio in all Container Stores nationwide.

With that revelation, Lori improved her offer. She now offered a $400,000 investment for only 15% interest in the business. Robert wasn’t going to let Lori race ahead and improved his own offer to $400,000 for a 17.5% stake.

Kevin O’Leary wasn’t going to improve his offer. He believed that he brought special skills to the arrangement that were worth more than any additional financial inducements, to be honest it looked as if he knew that Lori had him beat this time. His offer remained at $300,000 for 20%. Far less generous than the other offers available, he was effectively putting himself out of the negotiations.

There was a moments discussion amongst the entrepreneurial designers, but the outcome was fairly clear even before they spoke. They accepted Lori’s offer and there were smiles and handshakes all round. Robert looked disappointed at having failed to plant a seed of doubt in their minds about Lori, but he congratulated them all.

Urbio Now in 2018 – What Happened After Shark Tank Update

Urbio was destined for success right from the early successful Kickstarter campaign. The industrial design experience of Jared and Beau, combined with their commitment to making their own stylish system had created a beautiful product. I’m not sure how designers make a magnetic plate beautiful, but I know a beautiful magnetic plate when I see one.

The timely and impressive appearance of Urbio on Shark Tank catapulted the product into thousands of retail units within only a few months and created a huge surge in demand. In the three years since the show first aired, Urbio has become a stock item in many large chains. In the new and expanding market of vertical storage, the product range has been extended too. It now includes similar product lines such as The Perch and The Sabi.

The support that the company offers to customers on their beautifully designed website is extensive and useful, even down to detailed installation guides for every part of the system. The impression given of the company is one of trustworthiness and reliability. Great design abounds in every aspect of the Urbio operation.

The Urbio sytem seems to have caught the public imagination, there are many pictures online supplied by artistic people using the system creatively to great effect. Such customers are pleased to show off their own designs and its all free advertising for the company. Every part of the product’s image is incredibly cool, and such a quality is hard to achieve for some of us, but its a priceless selling point for Urbio. Whatever the future holds for the talented designer duo of Jared and Beau, its sure to be stylish.