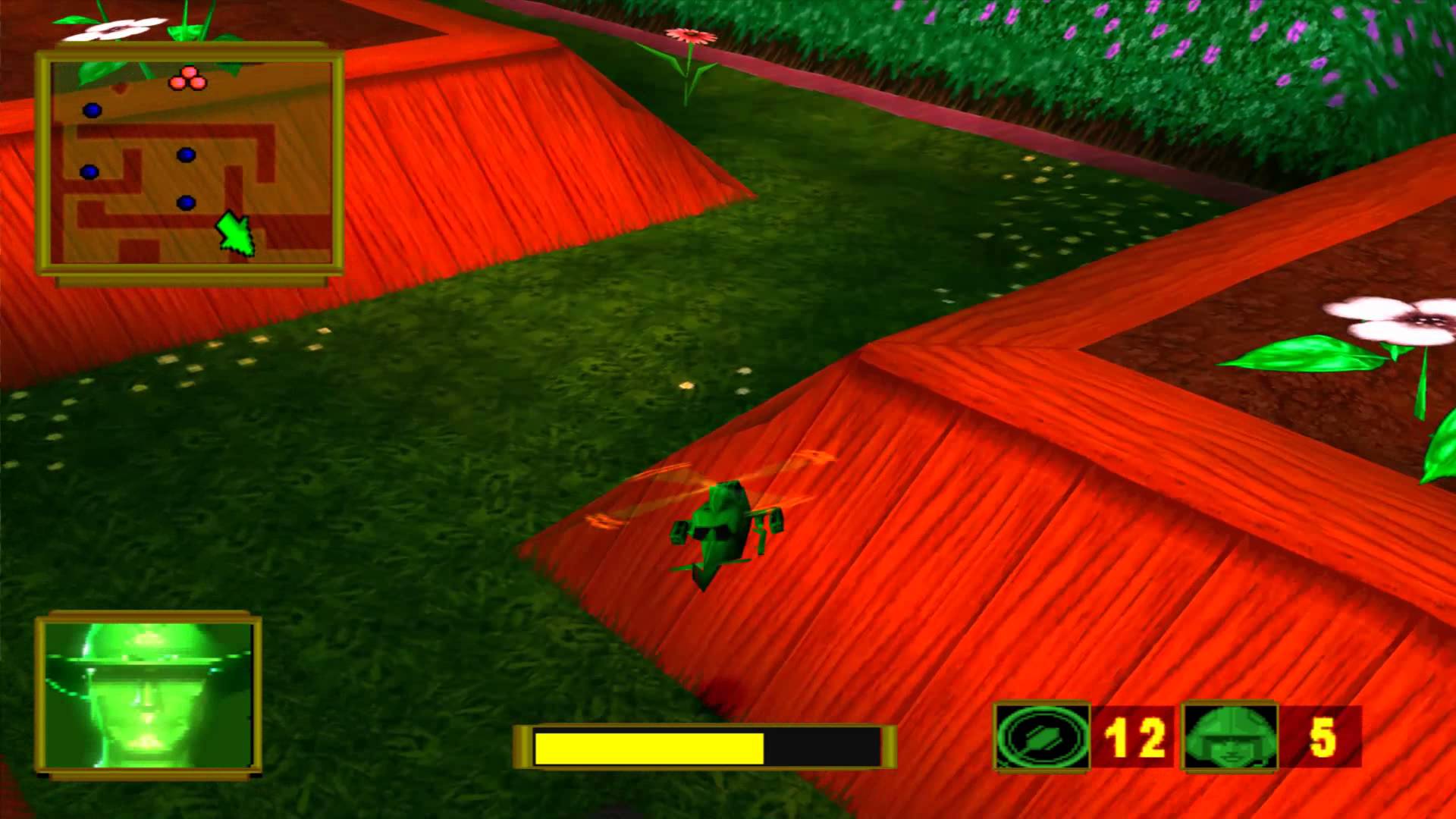 There were plenty of action games back in the days and one of the most unique was Army Men. The video games developed by 3DO and later Global Star Software follow a group of plastic toys. The story features different factions, all with different colored plastic toys.

The Green are the characters you get to use throughout the game. They usually battle against the blue and the tan. The Tan are the bad guys in most of the games, attacking and taking areas from The Green.

The first Army Men game was released in 1998 for PC. Two years later, it was released as a Game Boy Color game. Fans of the games have the first release as one of the best in the series. The game became popular for its story and challenging missions, where you had to save captured forces and take out the enemies. Army Men included 28 missions and multiplayer support.

The series returned in 1999 with Army Men II for PC and Game Boy Color. The game is a sequel but features different environments, where the player has to defend and take out the enemies. 1999 was a big year for the series as Army Men II was not the only release. Five other Army Men games were released for PC, Nintendo 64, PS1 and Dreamcast. One of the games, Army Men: Toys In Space, introduced two new armies, the Space Troops and the Aliens. Two others focused on air combat and the remaining two brought back the battles between the plastic toys.

The Game Boy Advance received the first Army Men game in 2001, Army Men: Operation Green. The game focused on one soldier and featured a number of vehicles that the player could drive. The PS1 also received its last Army Men game that year.

The series continued in 2002 with two games. One of those games was Army Men: RTS, which now featured a 3D camera. There was only one game released in 2003 and that was for the Nintendo GameCube. The title brought back air combat and improved graphics.

In 2004, Army Men: Sarge’s War was released. It takes place after Sarge’s Heroes 2 and it brought some of the things from previous games but was also more realistic. The bad news for the series began here, but this wasn’t the end. 3DO was actually working on this game before they filed for bankruptcy. Global Star Software then bought and completed the game.

The series returned two years later with Army Men: Major Malfunction. The game, which was released for Xbox and PS2, did not receive the best reviews. The Army Men series took a two year break once again, this time returning with Army Men: Soldiers of Misfortune. This title was different from the previous games but it also received negative reviews.

The latest game is Army Men: Mobile Ops, a mobile game that brings back the story from the first Army Men titles.

Army Men games were so popular back then but the last two releases for consoles did not help the series. New games have not been ruled out but it won’t be easy bringing it back after what’s happened in the last few years. 3DO filed for bankruptcy after working on the games for six years. The first games received great reviews but fans and gaming sites have criticized the series for lack of consistency. Army Men games started with plastic toys battling each other and then air combat. The series changed many things throughout the years and it was confusing, especially for those who had never played an Army Men game before.

It’s been a while since an Army Men game was released but at least the series has not been cancelled.

Did you play Army Men games? What is your favorite one? Let us know in the comments.