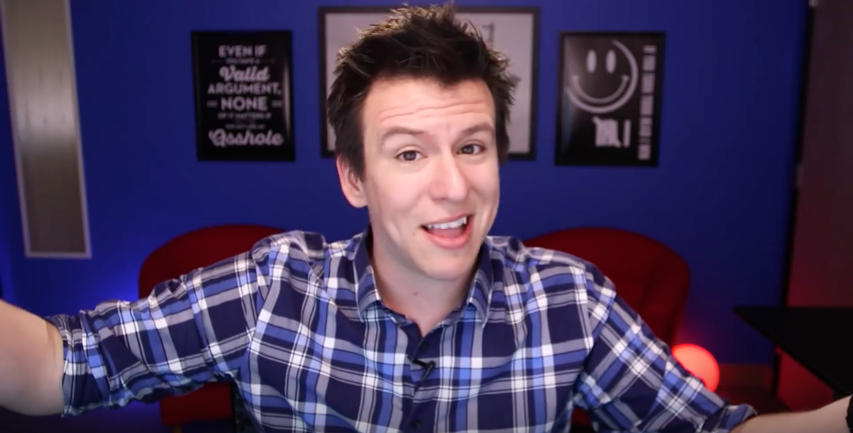 If you were a big YouTube browser a few years ago, you’ve probably heard of the Philip DeFranco Show. The show, hosted by the titular Philip DeFranco, was sort of like a reaction show. Phil would go through popular news stories and offer his opinion, typically in a tongue-in-cheek manner. A new episode of the Philip DeFranco Show went out every day between Mondays and Thursdays, and installments regularly topped YouTube charts. Phillip was one of the most popular YouTube news hosts a couple of years ago, but where is he now?

Philip DeFranco was born in 1985 in The Bronx, New York. Philip went on to study at a variety of different undergraduate programs at the University of South Florida, Asheville-Buncombe Technical Community College, and East Carolina University. During his time at East Carolina University, Philip began to post YouTube videos under the username sxephil. This iteration of the Philip DeFranco Show was sort of different from the Philip DeFranco Show that became popular later on. The content was a little more personal, and didn’t involve as much pop culture. Philip’s channel became very popular among teenaged girls, and he began to make a bit of a name for himself in the YouTube sphere. 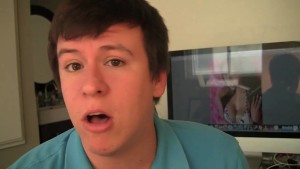 In 2007, Philip opened a second YouTube channel: Philip DeFranco. This channel served as a more personal, behind-the-scenes look at his content creation process. Meanwhile, on his other channel, as he began to shift content focus to more pop culture-oriented subject matter, his fan base continued to grow. Within a couple of years, he went from making videos as a hobby to winning Wired Magazine’s Sexiest Geek of 2008 online competition. The key to Philip’s long-term success, however, was that he didn’t just settle with making YouTube videos. As one of the first people to actually make a living off of YouTube, Philip set an example for those who would follow by leveraging his online presence in a variety of other productions. In 2008, he starred in Hooking Up, an HBO-affiliated webseries. He received paid sponsorships from companies like Carl’s Jr’s, and from television programs like Fringe.  He was the hottest name on YouTube, and he took advantage of that.

Not only that, but Philip also took to founding a couple of other YouTube channels, as well, such as Like Totally Awesome, which was a web series that compiled multiple reviews for a single product into a single video. He also co-founded CuteWinFail in 2010, which was a web series that basically took cute, cool, and/or funny YouTube videos and assembled them into a compilation-style format. Philip’s sxephil channel hit 1,000,000 subscribers during this time, as well. I think that the most fascinating part about Philip DeFranco’s rise to the top was that it wasn’t particularly meteoric. In 2010, you had some users who were approaching nearly 5,000,000 subscribers. However, Philip was smart, and he approached YouTube in a business-like manner so early on that he guaranteed himself this degree of success. In the following years, he only continued to expand his little online empire. 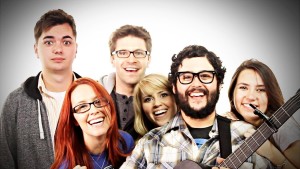 In 2012, Philip founded SourceFed, which was sort of like an upgraded version of his Philip DeFranco Show. He took on several different hosts, and eventually, the channel became YouTube’s definitive news channel. The show’s primary programming came from it’s SourceFed series, but it also hosted a variety of other series that reviewed movies, showed behind-the-scenes hijinks, and so on. Philip had essentially created one of the first YouTube-hosted online news networks, and it was quite the success. As a YouTube Partner, Philip’s SourceFed was tasked with covering a variety of different important events, most notably the 2012 United States Presidential Election. And as with any kind of success, it got him noticed by a lot of important people.

In 2013, all of Philip’s assets (which included the Philip DeFranco Show and Sourcefed) was acquired by Revision3, which was a subsidiary of Discovery. However, this wasn’t just a sell-out move. Philip ended up becoming an executive of Revision3 when this acquisition resulted in all of Philip DeFranco’s stuff becoming its own subsidiary of Revision3. This was simply an instance of a partnership of sorts being formed, allowing Philip to continue to grow and take advantage of new opportunities. After this acquisition, things seemed to have sort of settled down for Philip. So, that begs the question: What is Philip DeFranco doing today?

In recent years, Philip has been keeping himself pretty busy. A few months ago, he unveiled a couple of new channels: Super Panic Frenzy, a channel that specializes in gaming-related content, and The DeFranco Fam, a personal vlogging channel that follows Philip’s family life. Speaking of family life, Philip was recently married, and he his first-born son was born in 2014. Today, he continues to produce and star in various programs across all of his networks, and both Sourcefed and the sxephil channels remain highly popular. Over the years, there have been a few instances of Philip teasing the Philip DeFranco Show coming to an end, but as of this writing, it is still going strong on its regular Monday through Thursday schedule.

Although I think that Philip still has a very strong presence in certain areas of YouTube, I think that any perceived drop in popularity would probably be due to the fact that, as I mentioned before, Philip has seen a lot of sustained popularity, but he never really exploded. Although he’s still able to net a few hundred thousand views per video, as YouTube becomes increasingly competitive, you have channels that are able to get several million views per video. However, even if he may not be the biggest name anymore, I don’t think you can deny that Philip DeFranco is essentially the godfather of modern YouTube business practices.