What Happened to Scott Baio? See What He’s Doing Now 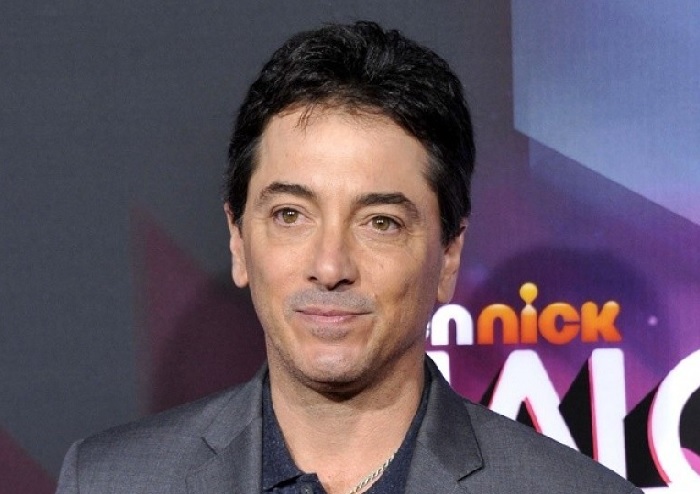 Scott Baio was born to Italian immigrant parents, Mario and Rose, in Brooklyn in 1960. As he grew older and learned how to survive in the tough environment surrounding him, he developed a rebellious streak and his parents grew concerned at some of his teenage shenanigans. Hoping that he could duplicate the success of his cousins, who had broken into commercials, they began sending him to auditions. They must have been pleased when it appeared he was a natural, soon landing commercial roles and thriving in the competitive world of casting. The young Scott soon lost his rebellious streak and concentrated on achieving success in show business.

The clean cut sixteen year old who looked far younger than his age was awarded his first big acting role in 1976 when he beat 2,000 other actors for the title role in the family gangster spoof ‘Bugsy Malone’. The film received generally positive reviews but was not a great success in the United States, although it was abroad. Paramount gave the film a limited release and it awarded Scott recognition and useful contacts within the film industry.

He began to be considered for higher profile roles and the year after Bugsy Malone was released he was given the part for which he is most fondly remembered, Chiachi Arcola, the young, happy-go-lucky cousin of the legendary Fonz in the hugely successful Happy Days.

The long running show, generally considered to be one of the most successful shows of the 1970’s, kept him on screens weekly and was his regular meal ticket for the next seven years. His family moved to Hollywood to help Scott keep up with the demands of his career.

Scott found plenty of other offers coming in during his time in Happy Days. He appeared in several other prime time shows of the seventies, most notably among them were The Love Boat in 1977 and Fantasy Island in 1979. There were several roles in low budget TV films as well as a few big budget Hollywood releases. He played Brad in the teen drama Foxes in 1980 alongside Jodie Foster, and Barney Springboro, the lead role in the 1982 science fiction comedy Zapped.

ABC received such a positive public response to the Joanie Cunningham and Chiachi Arcola characters in Happy Days that in 1982 they gave Scott and Erin Moran, who played Joanie, their own spin-off show. The show, ‘Joanie Loves Chiachi’, usually featured musical numbers by Scott and Erin and was received well initially, however, the ratings quickly plummeted.

Scott later revealed that the first four episodes had been written by the Happy Days writers, but they were sent back to write for Happy Days after that. Joanie loves Chiachi had been given new writers unfamiliar with the characters, there had been additional problems amongst the crew and the show slowly began to unravel not long afterwards. Scott and Erin returned to Happy Days for its final series and the spin off show was finished after only seventeen episodes. Scott admitted in later years that he regretted ever doing ‘Joanie Loves Chiachi’.

Happy Days finished in 1984 but Scott was well established in Hollywood and had a keen following by now, he had also built up a good reputation in Hollywood amongst those who had worked with him. The acting work continued in abundance and he had his pick of roles, the teen idol was very much in demand. He tried his hand at pop stardom briefly as well, producing and releasing the Album ‘The Boys are out Tonight’ in 1983. Unfortunately his musical talents were not on a par with his acting ability and the synthesizer heavy pop effort was soon consigned to dusty basements everywhere, which was probably the best result for everyone, including Scott and his acting career.

The work flooded in for Baio during the eighties, he remained on screens regularly throughout the decade, he played the title role in ‘Charles in Charge’, the family comedy show that aired for five seasons from 1984 to 1990. There were numerous other guest appearances and smaller, but still high profile parts for the hard working boy from Brooklyn and as time went on, he branched out into a few well-trodden avenues for successful actors in Hollywood, trying his hand at screen writing and directing.

Ladies Man Scott Baio and a string of Romantic Interests

Scott’s image developed too, transitioning smoothly over the years from an adored teen idol into an established charmer. He was seen in the company of a variety of anonymous ladies, mainly blonde ones, and was also romantically linked to several high profile female celebrities. Amongst them were Heather Locklear, Brooke Shields and Pamela Anderson, later of Baywatch fame.

His reputation didn’t hurt his popular profile in the least and in 2007 VH1 used it as the primary motivation for a reality show ‘Scott Baio is 45… and single.’ It seemed to the viewer that the show was at least partially genuine in its portrayal of Scott’s life and relationships. After consultations on the show with a life coach, and emotional visits to ex-girlfriends, Scott proposed to his girlfriend Renee Sloan on the show, she accepted and subsequently revealed that he was about to become a father for the first time. The couple married in December that year.

However, nothing in Hollywood is ever quite what it seems and Scott later revealed that he and Renee had married prior to the show being filmed during a low-key ceremony at home.

The successful reality show format offered another opportunity for Scott the next year and the sequel to 45 and single appeared, ‘Scott Baio is 46 … and Pregnant’ covered the birth of his daughter Bailey in February that year. Bailey was born five weeks prematurely and the concerned parents were called back to the hospital within days. Their daughter had tested positive for a rare metabolic disorder that the Doctors needed to run tests for. An anxious three month wait followed for Scott and Renee before the results came back. Fortunately it was a false-positive on this occasion but the relieved couple decided to help other parents who had received far worse news.

They set up the Bailey Baio Angel Foundation to provide support, both financial and practical, to parents who hadn’t been so lucky. Although Scott has always publicly credited Renee as the single driving force behind the foundation, he has always supported its cause and function enthusiastically at every possible opportunity. Renee has faced a breast cancer scare since their marriage, although she was given the all clear, unfortunately there has been a more recent health scare for her. In 2015 she revealed she had been diagnosed with a Meningioma brain tumor, which although typically benign, can be fatal in some circumstances.

The couple have been open about the situation towards the press and the long term implications to Renee’s health are uncertain at this time.

Scott has settled into his family role as well as he has settled into all of his roles, with consummate, seemingly effortless ease. The former ladies man has eyes only for his own family now and although he is still doing TV work, its not his main focus any more.

What is Scott Baio Doing Now in 2018 Update

Throughout his life Scott has been a Republican party supporter, he admitted to what extent in an interview with Glenn Beck in October 2009. Revealing that he campaigned for Reagan, as well as attended his funeral. He is a strong supporter of republican policies and ideology due to the respectable, hard-working values his upbringing instilled in him.

In 2010 he posted a statement on his Twitter account ‘Taxes are DONE…That should feed, house & provide medical for a few lazy non working people at my expense. Have a great Monday!’. It was picked up by the Blogging site Jezebel and controversy ensued.

He provoked even more of a reaction in the same year when he posted a somewhat unflattering photo of Michelle Obama and tweeted ‘Wow, he wakes up to this every morning’. The backlash from some of the more unbalanced members of the social media platform were probably predictable. Personal insults and accusations of racism, which he vigorously denied, soon escalated to death threats. Scott went to the FBI and the noise died down, but the lifelong star, and likeable personality, was becoming better known for his political views than for his acting roles.

The TV work has still continued, he was executive producer and the main character, David Hobbs, in ‘See Dad Run’ that aired from 2012 to 2014 for three seasons. In addition he’s taken the odd TV movie role and the occasional guest appearance in other shows, but his career has slowed down from his constantly in demand teen idol days. Scott seems more interested in the political stage with the benefit of fame and fortune as well as wisdom and experience behind him.

In 2012 he endorsed Mitt Romney for President, in 2015 he was getting behind Scott Walker, this year he’s an active and vocal supporter of the Trump campaign.

Donald Trump has achieved many things that mere mortals can only dream of during his constant rise to the top, but polarizing the opinions of the American public so decisively might not have been planned originally, people tend to love him, or hate him and Scott is behind him 100%. He’s recently taken to Twitter to join Donald in suggesting that Global Warming doesn’t exist, he’s also fully supportive of the billionaires idea to build that big old wall to keep the bad guys out.

The former idol is quoted on his website as saying that he rarely came across rude or disrespectful people during his acting heyday. Perhaps the happy go lucky, professional and hard-working younger Scott Baio earned the respect that he was treated with and was treated accordingly. Its clear that his public announcements on heated political questions are introducing him to plenty of disrespectful people these days. Scott may have always acted the nice guy but he’s a Brooklyn boy at heart as he recently announced on Twitter, as well as communicating ‘You’re a nobody to me bro’ to one of his many opponents on the site during one of his frequent disputes there.

Its up in the air how far Scott will take his political interests, and what his future career will be like, but he’s always been a professional. He’s spoken out against drug and alcohol abuse in the past and has espoused decent, hard-working family values. He’s matured and allowed his fans and the public into his personal life, overcome personal problems and started a charitable foundation that he promotes and cares about deeply. He sincerely believes that regularly putting forward his political viewpoint is the best way for him to help make the country great again. His enthusiasm for the task matches the commitment he has shown throughout his career. Scott Baio might not be a teen idol any more, and the flood of work might have dried up just a little, but he isn’t going anywhere yet, he’s a Brooklyn Boy at heart.