What Happened To Tomba! – Game and Studio Updates 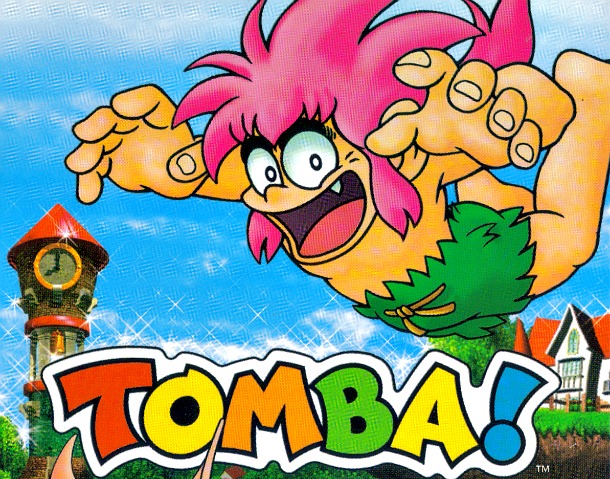 The PS1 is a console with many classics, games like Crash Bandicoot, Spyro the Dragon, Driver and many others were part of the lineup. But the console also had a few other games that were really good but never reached Greatest Hits status. One of the games was Tomba, a side-scrolling platform game featuring a wild boy. The game was never as popular as the titles mentioned above but those who played it, still remember how fun it was.

In Tomba!, players control Tomba, a wild boy who is searching for a stolen item that belongs to his grandfather. The bad guys are the evil pigs, who took the item and can be found all over the game’s world. It is not difficult to learn the attacks since Tomba just jumps on top of enemies to hop around and then throw them. This is also used to open the items found throughout the story. Later on, Tomba can use boomerangs to take out the bad guys.

The game includes a lot of events, where you gain points after completing them. These points are also used to unlock new areas and information as you advance through the game.

Tomba! takes place in a group islands, where it was all beautiful and peaceful before the evil pigs arrived. The evil pigs used their magical powers to change everything and some of them decided to steal Tomba’s grandfather’s bracelet and the gold found in the islands.

This makes Tomba go on a search for the bracelet while stopping the evil pigs. There are seven evil pigs that 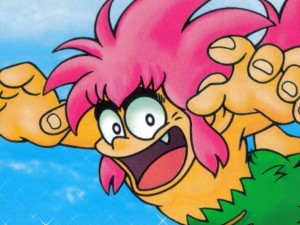 have to be captured so he can advance through the story and find the bracelet and other items stolen. There are a few characters that help Tomba on his journey. One of them is Baron, a dog who is saved by Tomba and then returns the favor by helping him fast travel to places he’s already been to.

The game had a demo, which many played, and received positive reviews. But even after the successful release, many gamers still didn’t know about Tomba.

The game developer, Whoopee Camp, decided to release a sequel in 1999. Its name was Tomba! 2: The Evil Swine Return and it was available for the PS1. Tomba was back for 137 events, which give him adventure points to unlock items found around the game. This time, the evil pigs did not take his grandfather’s bracelet and gold of the people. They decided to take his girlfriend, Tabby. Tomba then goes on another journey to find her and stop the evil pigs again.

The game was also a success, with many critics liking that Tomba 2 improved a number of things from the first game. The sound, animation and detail were some of the things that caught the attention of fans and critics. Some did not like the repetitive boss battles, but the review scores were still really good. The game’s success meant that we would see a third game in the future, but a few things happened along the way. By a few things happened, I mean bad news for the continuation of the series. 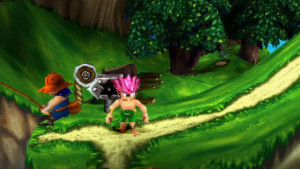 Tomba 2 was released in 1999, meaning that we would probably see a third game for the PS2. But the game developer behind Tomba and Tomba 2, Whoopee Camp, had trouble selling the game. Tomba and Tomba 2 were the only games made by them and they received good reviews. But sales were the problem as they were hard to find in stores and never reached Greatest Hits status, which means the game has sold lots of copies. If you look for Tomba and Tomba 2 now, those who have it are selling it at high prices because the games are rare. Whoopee Camp was closed shortly after the release of the second game and part of the team went to work for other companies and game developers. A third game was mentioned early on but that stopped when the game developer closed.

There are good news for those who liked playing Tomba but don’t want to spend a lot of money to buy the game. Tomba and Tomba 2 are now available in the PS One Classics section on the PlayStation Network, so you can play them for just a few dollars on your PSP, PS Vita or PS3.

Tomba is a PS1 classic that many gamers have not forgotten and we would love to see it return with a third game in the future. But the game developer closed years ago, so we might not see a third game anytime soon.

Did you play Tomba and Tomba 2? What is your favorite of the two games? Did you complete all the events? Let us know in the comments.