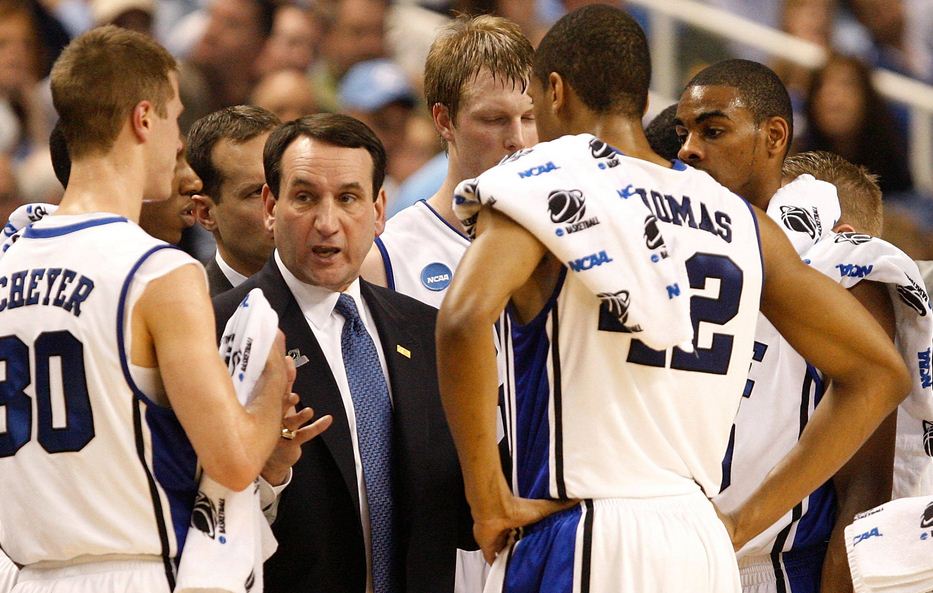 The amount of money that colleges in the US pay basketball head coaches can be hard to believe. In some states that are basketball powerhouses, like Kansas and Kentucky, college basketball coaches are the highest paid public officials in the state. Some of the coaches on this list make more than ten times as much as what the professors at the same college are making. While this seems like madness, it has proven results. The two colleges that pay their coaches the most are Duke and Kentucky. Giving their coaches huge salaries has had proven results for these schools; they’re constantly among the best teams in the country. Schools know that bringing in the best coaches is one of the surest ways to guarantee success, so they aren’t afraid to splash their money to get the top coaching talent. 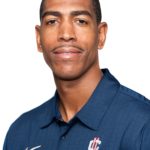 Kevin Ollie is the coach of the University of Connecticut’s basketball team. Like many coaches, he had a long playing career before turning his focus towards coaching. He played for twelve different NBA teams over a long career, spending most of that time playing for the Philadelphia 76ers. As a veteran in the NBA, teams would sign him because he was regarded as a good mentor for younger players. He served as a mentor to Kevin Durant in Oklahoma City and to LeBron James in Cleveland before retiring. He retired from the NBA in 2010, which is when he started coaching. His huge salary can be attributed to the fact that he found success right away. His team won the national championship in 2014, only one year after he took over the head coach role for the team. Ollie is forty three years old and was born in Texas. 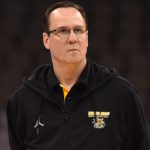 Gregg Marshall is the coach of Wichita State University’s team, the Shockers. He has lead the teams he has coached to March Madness appearances in over half of the last sixteen years. He has more overall wins as a coach for Wichita State than any coach in the school’s history. He is fifty three years old and was born in North Carolina. As far as his personal playing career goes, he was a guard in high school, but didn’t continue his career past that. He held a number of small coaching positions before landing his current job at Wichita State, where he has lead the team to unexpected successes over the years. 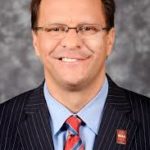 Tom Crean is the coach for the Indiana Hoosiers, a position he has held since 2008. Before that, he was a very successful coach for Marquette University. Under his guidance, the team qualified for the tournament six times, and made the final four once. At Indiana, his success has continued, and he has been given numerous accolades for the way he brought the team from having a bad reputation into being a contender year after year. He never had much success as a player, and says even from a young age he always knew that he wanted to coach. Crean is fifty years old and was born in Michigan. 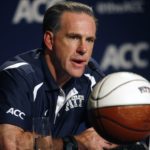 Jamie Dixon is the coach of one of the most sillily named teams in the country, the Texas Christian University Horned Frogs. Despite the name of the team, both his success and his salary are clearly no laughing matter. From 2003 until this year he was the coach of the University of Pittsburgh’s basketball team. He moved to his current position with TCU recently, and people are watching to see how he will reshape and retool their team. He was named as USA Basketball’s top coach of the year in 2009, and has won numerous awards for his work in coaching the Pittsburgh team. He played basketball himself for Texas Christian University, and was drafted into the NBA. He played in the Continental Basketball League and in the New Zealand league during his professional career. In addition to his career as a coach, he had a short career as an actor when he was a child and until his twenties. He would mostly appear in commercials. Dixon is fifty years old and was born in California. 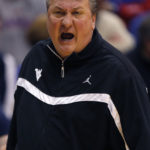 At this point in the list, we start to get into the real powerhouse coaches. Bob Huggins, who is nicknamed Huggy Bear, is one of the winningest coaches in NCAA history. He has been to the NCAA tournament twenty one times. Right now he’s under contract for eleven years at his current salary with the West Virginia Mountaineers, who he used to play for. He was a good college basketball player, but failed to make it into the NBA. Huggins drew controversy back in 2004 when he was arrested for drunk driving and bought out of his contract with Cincinnati for $3 million. Huggins is sixty two years old and was born in West Virginia. 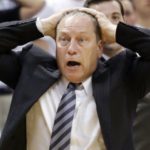 Tom Izzo is one of those coaches who’s name has become synonymous with a single team because he has been with them for so long. He has been the head coach of the Michigan State Spartans since 1995, and has lead the team to continuous success during that time. He was named to the college basketball hall of fame last month, and has helped Michigan State to be consistently be one of the best teams in the country. He has been the national coach of the year four times, and lead the team to a championship in 2000. He has made the final four countless times, and his teams are always well regarded for their defence and rebounding. Izzo is sixty one years old and, fittingly, was born in Michigan. 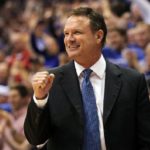 Bill Self has one of the most boring names in all of sports, and he wins more than almost anyone. He has been the head coach of the University of Kansas Jayhawks for thirteen years now, and has lead the team to twelve straight conference championships. He has been the national coach of the year twice, and his winning percentage is well over nine hundred, which is insane. Self was a successful college basketball player before his coaching career. He coached teams in Tulsa and Illinois before landing his big gig in Kansas, and has seen almost nothing but success in that time. Self is fifty three years old, and was born in Oklahoma. 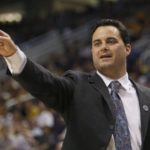 Sean Miller has been the coach of the University of Arizona Wildcats since 2009. Miller, like many of the coaches on this list, played the guard position in college before his coaching career. He was a competent but not outstanding player, relying on his knowledge in the game to fill in for his lack of size or athleticism. After his early success coaching the Xavier team, he moved to Arizona where he aimed to and succeeded in turning around a team that had been struggling for years. Miller is only forty seven years old, and was born in Pennsylvania. 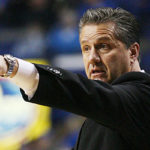 John Calipari is one of the most recognizable names in college sports. He is one of the coaches on this list that could easily nab a great coaching job in the NBA if he wanted, but has chosen to stay at the college level for personal reasons. Calipari has been the head coach of the most successful college basketball teams in history, the Kentucky Wildcats, since 2009. He has been the national coach of the year a stunning five times, and lead Kentucky to the national championship in 2012. He also spent time as the head coach of the Dominican Republic’s national basketball team. He has won over two hundred games with the team, with a winning percentage of over eight hundred. He has coached a number of teams over the years, including a stint coaching in the NBA. He has had some controversy over his career, including a few scandals in which players were bribed to play for his team. He was also fined for racist remarks he made about a journalist. Calipari is fifty seven years old and was born in Pennsylvania. 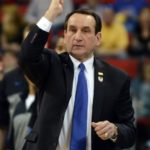 Mike Krzyzewski has one of the hardest names to spell in all of sports. Most people call him Coach K, and he is one of the most famous coaches in the world period. He has won over a thousand games in his career, which dates all the way back to 1980. He has won five national championships as the head coach of the Duke Blue Devils, including back to back wins in the early nineties. He has won olympic medals, and was an assistant coach on the famous American Dream Team of 1992. All of these factors contribute to him being considered one of the best and most valuable coaches in college sports. It has long been speculated whether he would make a move to coach in the NBA, but at this point it seems highly unlikely. He’s a member of the college basketball hall of fame, as well as the US olympics hall of fame. He has the most wins of any coach in NCAA basketball history. Coach K is sixty nine years old and was born in Illinois.

Some of the names on this list are some of the better known head coaches in all of sports. This may lead some to wonder why these coaches don’t take their talents to the professional leagues, where they could command higher salaries. However, the high profile coaches on this list seem to enjoy working for colleges. They’re provided with living allowances, private jets, generous severance packages, and performance-based bonuses. These big salaries for college basketball coaches have been controversial to say the least. Student loan debt is at an all time high in the United States, and the players on these teams are not paid for their playing. Many faculties are underfunded, and professors’ wages have stagnated. With this being the state of things, it can seem indefensible that the coaches of sports teams are commanding such lavish sums of money. Schools justify this expenditure by saying that the top players want to play for the top coaches, so splurging on coach salaries benefits the entire athletic programs for schools. With that said, here are the top ten highest paid college basketball coaches in 2016.