Mark Cuban Net Worth – How Rich is Mark Cuban? 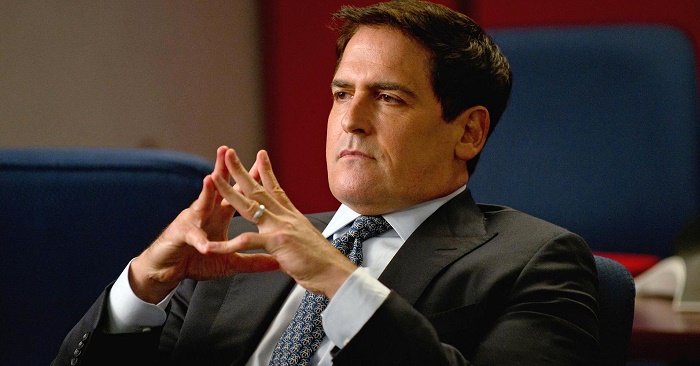 Mark Cuban is best known as an investor on ABC’s Shark Tank and the owner of the Dallas Mavericks basketball team. However, there is more to Cuban than meets the eye. He’s made his fortune by betting on the future. His forward-looking approach to broadcasting and technology companies can’t be overlooked when examining this multi-billionaire.

How did Mark Cuban make his Money and Wealth?

Unlike many of the world’s billionaires, Cuban is primarily self-made. He was raised in a working-class family in Pittsburgh. From the age of 12, he was interested in business. His first venture was selling garbage bags door-to-door to pay for a pair of basketball shoes. In his college years, Cuban held various odd jobs, including work as a bartender, a disco dancing instructor, and a party promoter. He even started a chain letter to pay for a full month of college tuition.

After graduating, Cuban continued to scrape by. He slept on the floor of a small apartment that he shared with five roommates. Not content to hold odd jobs forever, he decided to learn about computers. Before long, he got a job with Your Business Software, a small software company, where he was inspired by his employee commission. About a year after landing the job, Cuban had the opportunity to make a $15,000 sale, but his boss told him not to, since he was scheduled to open the store. Cuban decided to do it, anyway. He was fired on the spot. From that day, Mark Cuban decided that his work would be about numbers, not about titles and a chain of command. It was only natural that he would go to work for himself.

At the age of 25, Cuban founded Micro-Solutions and worked in computer consulting, training, and configuration. His company was one of the first to sell computers to businesses for local area networks. By immersing himself in the technology business (and meeting a young Michael Dell along the way), Mark Cuban grew Micro-Solutions to $30 million in revenue. Selling this business to CompuServe was his big break. It put a firm end to the days of bartending and cramped apartments.

Cuban had always been a sports fan, especially of the Indiana Hoosier college basketball team. In 1995, he joined forces with fellow University of Indiana alum Todd Wagner to found Audionet. This company became Broadcast.com in 1998 and focused on broadcasting live sports events and radio programs. By the next year, the company had grown to over three hundred employees, and it hosted the first live-streamed Victoria’s Secret Fashion Show. On the back of the dot com boom, Cuban and Wagner sold Broadcast.com to Yahoo for nearly $6 billion in stock.

Since then, Cuban has diversified his income into many smaller investments and focused his time on entertainment. In 2000, he purchased the Dallas Mavericks from Ross Perot Jr. for $285 million. He is the co-owner (with Todd Wagner) of 2929 Entertainment, which holds several divisions in the industry. Among them are Landmark Theaters, the largest US chain of arthouse theaters, and Magnolia Pictures, a film distributor specializing in foreign and indie movies. 2929 Entertainment also manages AXS TV, the first high definition satellite TV network.

Cuban’s interest in entertainment landed him a recurring role on ABC’s investment reality show, Shark Tank. By season three, he had become a permanent member. On Shark Tank, Cuban has invested in dozens of businesses, many of them involving technical or entertainment products and services. His largest deals include Roominate, a toy company that combines doll houses with interactive circuits, and Ten Thirty One Productions, a California-based horror company. Cuban has spoken favorably of his tenure on Shark Tank. By late 2015, only five out of his 70+ investments had failed. He uses an 80/20 rule for investments: as long as 20% of his portfolio has the chance to really take off, he’s happy.

Just how rich is Mark Cuban? Let’s put it in perspective. In 2013, Mark invested in Ten Thirty One Productions, a company specializing in live horror entertainment. For thirty dollars, Los Angeles residents can take the Haunted Hayride, the attraction that started it all. This may be a bit pricey for the average young family, but not for Mark Cuban. In fact, he is rich enough to buy four tickets for every man, woman, and child in the entire state of Texas. That’s a lot of hay.

In 2002, Mark Cuban met Tiffany Stewart, who worked at an ad agency, at their local gym. After dating for roughly five years, the couple married in a small ceremony on the beaches of Barbados.

Does Mark Cuban have Kids?

Mark Cuban and Tiffany Stewart have three kids, Alyssa, Alexis, and Jake. He wants a normal life for them, including household chores. “I don’t want them to be entitled jerks,” he says. They have a nanny during certain times of the week, but weekends are family time. Evidently, efforts to avoid spoiling his kids haven’t been totally successful. For example, his oldest daughter hates flying on commercial flights.

How much does Mark Cuban make per Episode of Shark Tank?

In late 2014, an email leak revealed some negotiations between Mark Cuban, his general counsel, the Sony Pictures chair, and the Sony Pictures television president. In the emails, Cuban was offered $30,000 per episode of the fifth season, which would increase slightly for seasons six and seven. While this salary is comparable to other ABC reality programs, it also included giving ABC rights to certain elements of his likeness, his catchphrases, and so on. Mark Cuban responded harshly, threatening to leave the show. Judging from his continued appearances on Shark Tank, we can assume that they worked something out.

Where does Mark Cuban Live? 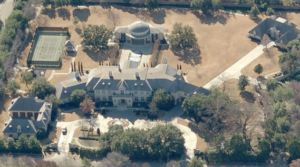 Mark Cuban lives in a 24,000 square foot mansion in the Preston Hollow area of Dallas, TX with his wife and three children. He also has a home in Pittsburgh, Pennsylvania.

Cuban feels that the US patent system “holds us back”. If he was in charge, he’d limit or eliminate patents on software. He backed this up in 2012 with a $250,000 donation to the Electronic Frontier Foundation to support their work on patent reform. Part of his donation funded the creation of a new title in the non-profit, “The Mark Cuban Chair to Eliminate Stupid Patents”. In 2003, he started the Fallen Patriot Fund to support the families of soldiers killed or injured in the Iraq War. He also matched the first $1 million in donations. In 2015, Cuban donated $5 million to Indiana University at Bloomington for the “Mark Cuban Center for Sports Media and Technology”.

Cuban is often called a libertarian because of his praise for Ayn Rand, specifically The Fountainhead. He claims that the book was personally inspiring, encouraging him to take risks and think as an individual. However, his political support and opinions cover the spectrum. He is in favor of relaxing intellectual property laws and sees paying taxes as a patriotic duty. He served on the board of Unity08, a centrist organization seeking to stimulate national political conversations and provide alternatives to the two major parties. He has supported Barack Obama (a Democrat), Orrin Hatch (a Republican), and Michael Bloomberg (an Independent). There was a rumor prior to the 2016 elections that Mark Cuban was considering running for president. Although he dislikes both Hillary Clinton and Donald Trump, Cuban eventually declined to run.

Mark Cuban has come out in favor of esports. While some challenge the legitimacy of esports, Cuban sees it as a growing and lucrative industry. In 2015, he invested in Unikrn, a betting platform for competitive gaming. Later that year, he participated in a show match of League of Legends at the Intel Extreme Masters San Jose. He described the game as “five-dimensional chess against the world” and claimed that people would decide it was a real sport “really, really quick.” He earned some press at this event for another reason: during an interview, he got caught up in trash talk and dropped an “f-bomb”. When he discovered that he had been fined $15,000 and the sum would go to charity, he repeated the word to bring his donation total to $30,000.

Ben Russell
I'm an Economics student who calls Norman, Oklahoma his home. I believe that all people have great potential, and I enjoy finding ways to harness this. My hobbies are competitive gaming, discussing music, and self-deprecating humor. Everyone has a story to tell.
RELATED ARTICLES
Business