What Happened to Brooke Burke? 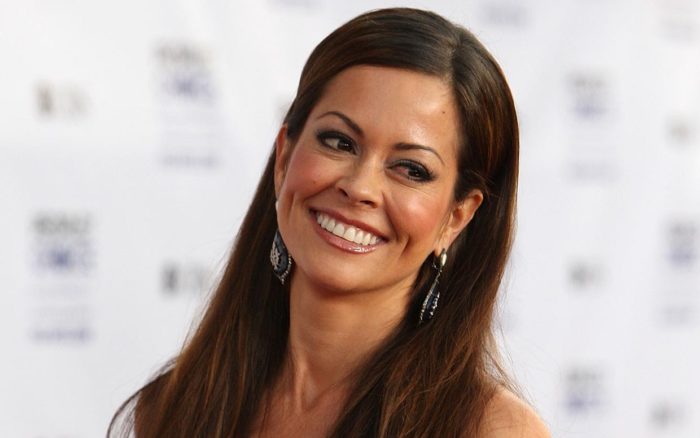 This brunette beauty is most widely known for her appearances in Rock Star and Dancing with the Stars. Besides being a popular television host, Brooke Burke was also a successful dancer, model, actress and author. With over 210,000 likes on Facebook and 150,000 followers on Instagram, it’s no doubt that this celebrity had her share of fans around the world. But then in 2014, a shocking announcement was made that she would not be returning to the show, Dancing with the Stars for its 18th season and with that, her activity in the showbiz seemed to dwindle down- she hasn’t made any TV appearances since 2014. What happened to Brooke Burke? 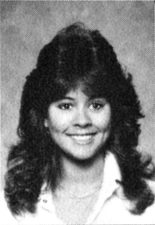 Born in Connecticut and raised in Arizona, the American star was raised Jewish and is was the younger of two siblings. She is of Portuguese, French and Irish descent. She attended High School in Tucson and eventually moved to LA to study broadcast journalism at UCLA. The celebrity’s initial claim to fame came from her hosting of the travel show, Wild On! in 1999. She later competed in the special host edition of Weakest Link a couple of years later, and was voted out in the second round. It wasn’t until 2005 that she got a break in her career from hosting the CBS reality show, Rock Star- a series in which aspiring singers from all around the world competed to become the lead singer of a band.

Her second rise to fame can be accredited to her winning, along with her partner Derek Hough, the seventh season of Dancing with the Stars. After her triumphant victory, she was later chosen to replace Samantha Harris as the co-host for the show for its tenth season. Brooke then spent seven successful seasons co-hosting the American television series with Tom Bergeron!

Burke’s Departure from Dancing with the Stars and Health Issues

…but that all seemed to end abruptly when the now 42-year-old celebrity, was abruptly fired from Dancing with the Stars in February of 2014. This shocking news made its way around to the viewers of the show; many even claimed it to be “one of the most shocking eliminations” that the TV series has ever seen! Brooke later revealed that, she herself was quite startled from being let go, especially since she had received the news over the phone while taking her children to schoolー a less than ideal situation for any television host! But despite her unceremonious exit from the series, the brunette seemed to have been able to remain positive while taking it all in stride. Why was she let go? Who knows. Some say that the show wanted a host with a “younger vibe” but will we ever know the real reason behind it? Probably not.

But unfortunately, that’s not all the bad news that the celebrity’s had to face! In November of 2012, while hosting the dance competition series, Brooke was also diagnosed with thyroid cancer after her doctor had discovered a small lump on her skin during a routine checkup. After being poked and prodded for numerous biopsies and tests, it was determined that a thyroidectomy, or removal of the thyroid glands, would be necessary to remove the mass that was determined to be 75% cancerous.

However thanks to an early detection of her cancer and a successful surgery by her doctor, all that the television star has left now to remind her of the ordeal is a small inch-long scar in the center of her neck! 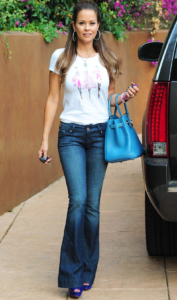 So what’s our brunette star up to now? Since her departure from Dancing with the Stars, Brooke has made a small appearance in the ABC series, Melissa & Joey, back in 2014. In terms of more recent media appearances, she has also presented and co-hosted the 2016 Miss America Pageant alongside Chris Harrison. It has also been revealed that she will be a contestant on the eighth season of The Celebrity Appearance, an American reality game show that is hosted by none other than Donald Trump himself!

While not entirely gone from the entertainment business, it seems that the 42-year-old celebrity has chosen to take a (temporary?) back seat in the showbiz and instead has grown to become more active in her family and fitness life. Brooke is no stranger to Instagram, go ahead and take a look at her profile- chances are, you’ll either see shots of her family life or of her fitness ventures!

Recently, the busy mom has also taken the role of co-CEO for a website geared towards moms called ModernMom.com. On it, Brooke has written numerous things for her fellow readers- everything from turkey recipes, slim-down secrets, to fitness tips! And that’s not all! The brunette mom has also taken part in many workout videos for the website, all of which are available on the ModernMom Youtube Channel- go ahead and take a look if you’re looking for some new moves to get in shape! She has also starred in 4 different fitness DVDs!

Brooke has also recently started her own line of lifestyle and activewear clothing called “Caelum,” which is geared for fellow fitness enthusiasts. But this dedicated mom is no amateur when it comes to entrepreneurial ventures! Back in 2007, she had started a company called Baboosh Baby, which offered wraps for pregnant women- a business that still appears to be going strong even to this day!

So there you have it. Has Brooke Burke quit the entertainment business for good? Not likely. Will she be returning to make more appearances in TV shows? Who knows! The thing that we do know now, is that she appears to be spending more time in her entrepreneurial ventures and with her family…and who can blame her? She has been seeing so much success with it!