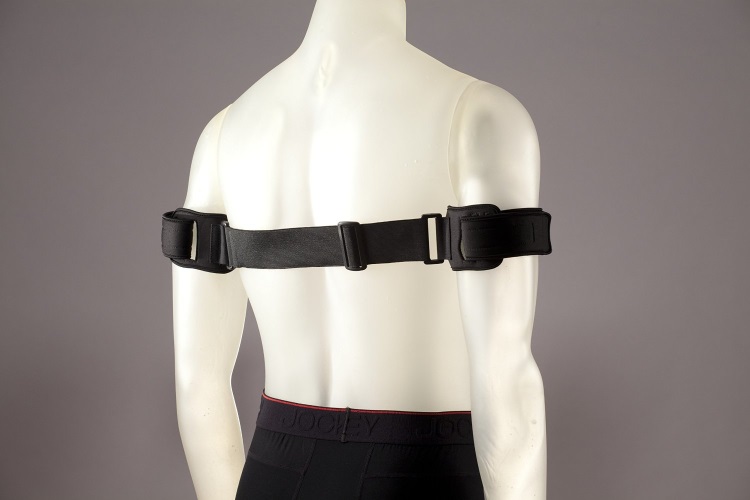 Posture Now, an innovative posture correction device created by Mike Lane and Matt Franklin, was first introduced to the US market in 2011. The duo described this invention as a revolutionary posture-correction device’. Posture Now consists of two neoprene arm bands connected to a flexible elastic band that can be worn inside or outside one’s clothes. So many of us spend between 8 and 9 hours a day sitting at our computers or desks, giving little regard for what serious health effects this may be having on us. This very thought was what inspired Mike and Matt to come up with Posture Now.

After some careful market research, they discovered that over one million people every single month were entering posture related key words into their web browsers. This can only indicate that vast numbers of people need a device such as Posture Now in their lives. Poor posture has become an epidemic, not only in the US but worldwide.

Although Mike and Matt had broken into the US market somewhat in terms of getting their product out there, the duo felt like it was time to enter the ‘Shark Tank’. The hope was that one of the Shark’s would love their new concept as much as they did and provide additional financial aid and business expertise. Mike and Matt came to the Shark Tank looking for an investment of $100,000 for a 15% share in their company. They also brought along two dancers from ‘Dancing with the Stars’ who were actually wearing Posture Now which ensured a memorable start to their pitch.

Mike and Matt came up against some criticism soon after they started their pitch with the sharks almost goading them for valuing their business too high. Although the pair had put a relatively small amount of their own money into setting up the business, the online sales had yielded almost $130,000. When asked what they had done with this profit, they replied saying they had split the profits and not reinvested as it was currently just a part-time hobby. The sharks seemed eager to start off proceedings and Kevin O’ Leary opened with his offer of $100,000 but for 50% of the company. He was swiftly told by Mike that this was not an offer the duo could accept. The sharks seemed stunned at this direct, almost ungrateful reaction to Kevin’s offer. Things started to get heated in the shark tank and it looked like an argument was about to ensue. Two further sharks bow out leaving Robert Herjavec and Mark Cuban to make their offers. Robert’s was shot down almost instantly and when Mark offered $100,000 for 30% of the company – double what Mike and Matt originally offered, as well as a $5 royalty until he earns his money back. Mike and Matt, happy that they would not get a better offer in the Shark Tank accepted and as he promised, Mike quirt’s his job live on TV.

What has come of Posture Now you may be wondering? Since the Shark Tank episode aired, the business has been thriving. Speaking about two weeks after the Shark Tank episode, Matt and Mike said their telephones had not stopped ringing. In the few hours after the show aired, the duo sold as many Posture Now products as they would have sold in a full month. After a few more days, Matt and Mike had sold a six figure sum worth of products. It was completely surreal for the duo who went from doing this as a hobby to owning and running a successful company overnight.

Posture Now has continued to grow since the appearance of the product on the Shark Tank proving Matt and Mike brought a highly sought after product to the market which I for one cannot wait to try out!