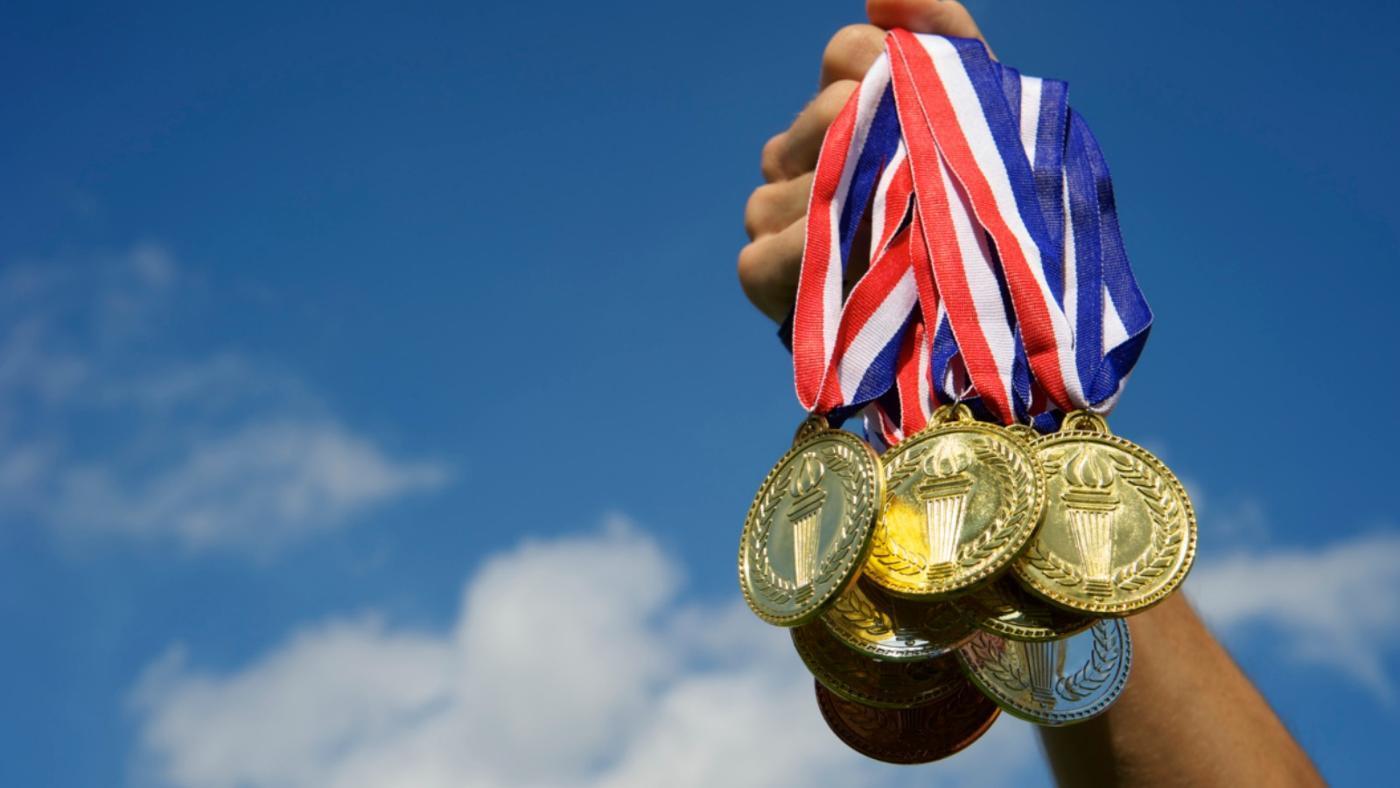 The Olympics: the largest, most popular sporting event in the world. Thousands of top athletes from hundreds of nations will all compete in 28 sports. Even watching on a screen from countries away, the atmosphere is electric. The 2016 Olympics, held in Rio, will feature unimaginable feats of strength, speed, and skill; immeasurable passion and hard work. Incomparable wealth? Actually, no. While the richest Olympic athletes are very, very rich, the behind-the-scenes reality is that most of the Olympians that you’ll see on TV actually struggle to fund their lifestyles with part-time jobs in between training, minimal government-granted stipends, and the occasional small sponsorship.

This list isn’t about the daily slog of a struggling athlete, however. It’s about those that indeed have managed to attain stardom and make fortunes out of playing sports. Here, out of everyone that will be participating in the 2018 Olympics this year, are the richest Olympic athletes of them all. 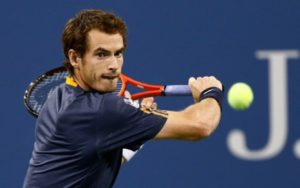 Starting this list, we have ­­reigning Olympic champion in men’s singles tennis Andy Murray. He has also earned silver in mixed doubles playing alongside Laura Robson. He will again be part of Team Great Britain this upcoming Olympics, where he will defend his title in men’s singles and possibly compete in both doubles (with his brother Jamie Murray) and mixed doubles (presumably with Laura Robson).

Murray is ranked second in the world in tennis and has won both Wimbledon and the French Open. This, along with endorsements for Under Armour and other sponsors has earned him a net worth of $70 million. Interestingly enough, he’s turned down millions of dollars in endorsements because he doesn’t believe in the product. 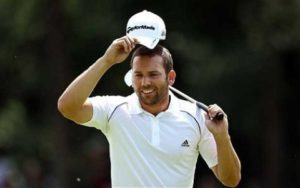 Sergio Garcia is technically tied with Andy Murray up there. I just went alphabetically. Or possibly by success. Garcia has the dubious honor of being the highest earning golfer on the PGA tour without a major championship win. To his credit, he has been runner-up four times and won over 20 international tournaments. He’ll represent Spain in Rio, where he’ll hope to replicate his international success.

With tournament earnings and endorsements, Garcia has a net worth of $70 million. His biggest endorsement is a $5.6 million-a-year contract with TaylorMade-Adidas. It appeared briefly in 2013 that he would lose this endorsement after a racist remark about serving Tiger Woods fried chicken. Garcia has since shown great remorse and apologized. 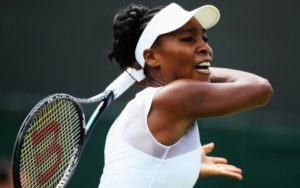 Did you mean: Serena Williams

Nah, just kidding. Venus Williams is one of the world’s best tennis players in her own right. She’s won seven Grand Slam singles titles, more than any other active female players other than her younger sister. She’s also won Olympic gold four times, once in singles in the 2000 Sydney Olympics and thrice in women’s doubles.

She’ll be competing for Team USA in women’s singles this summer and partnering up with Serena in hopes of repeating their success in women’s doubles.

Venus Williams has a net worth of $75 million, which she’s earned through tournament winnings, endorsements, and her very own athletic fashion line, EleVen. 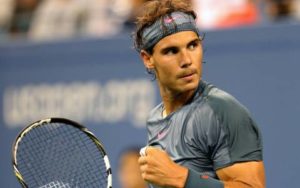 Rafael Nadal has been nicknamed the King of Clay for his unparalleled mastery of clay tennis courts. He’s won 14 Grand Slam singles titles including nine French Open wins and the 2008 Olympic gold medal in singles. He is the second male player to achieve a career Golden Slam.

After a blistering first few rounds in the French Open this May, he was forced to withdraw early due to a wrist injury. The same injury will keep him sidelined for Wimbledon, but he is predicted to return in time to compete for Spain in the 2016 Olympics.

Nadal sits at a net worth of $100 million. He spends his money well – he is known for uniquely wearing an $800,000 custom-made Richard Mille watch while playing. He also may often be found yachting at one of his three luxury estates. 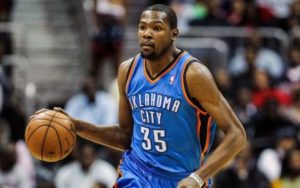 In some sports, Olympic gold is considered the pinnacle of achievement, the standard that all other prizes fall short of. Basketball is not one of them. Thus it’s not really a surprise that ahead of the Zika scare, the majority of the predicted all-star Team USA members have dropped out.

Oklahoma City Thunder player Kevin Durant is the rare exception. He’s repeatedly confirmed his desire to play in Rio, where he’ll be looking to earn his second gold medal.

As one of the NBA’s (National Basketball Association) top players, Durant has led his team to a Finals appearance and won numerous awards, including four scoring titles and the MVP Award. Correspondingly, he’s also one of the NBA’s top paid and endorsed players, with a net worth of $120 million. His next contract could top $200 million when he heads to free agency this summer. 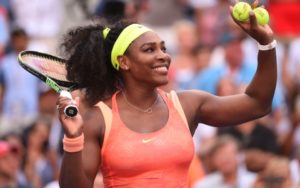 At 34, Serena Williams holds domination over the women’s tennis court. She is presently ranked No. 1 and considered by many to be the greatest female tennis player of all time. She holds 36 major titles in total, the most among all active players, and is the only person in history of have achieved a career Grand Slam in both singles and doubles. She has won four Olympic gold medals, one in singles (2012) and three in doubles.

She’s also earned the most prize money of any female athlete ever at $36 million. This year, for the first time in her career, Williams placed first on the list of highest paid female athletes with earnings of $28.9 million. This was added to her net worth of $145 million.

Williams will seek to add to her impressive arsenal of awards in Rio. 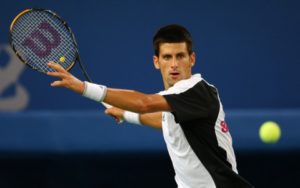 Let’s be honest – with injuries besieging many of his competitors and in the prime of his career, Serbian-born Novak Djokovic is at present the strongest player in men’s tennis. He currently holds all four Grand Slam major titles, only the third man to do so at once. Unsurprisingly, he’s ranked no. 1 in the world.

His success rate at the Olympics is a bit less impressive – he’s won a grand total of one bronze medal in Beijing in 2008. He’ll be looking to improve his record this summer.

He sits at a net worth of $160 million, nearly all of which was obtained through his tennis career, although he does have several lucrative endorsement deals. 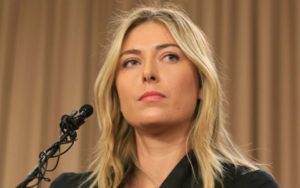 Three months ago, Maria Sharapova was on top of the world. Her illustrious career had included Olympic silver, a career Grand Slam, countless endorsements, and let’s face it – an exceptional attractiveness that altogether had earned her a net worth of $195 million. She had been the world’s highest-paid female athlete for 11 years straight. Then it all came crashing down. In a press conference, Sharapova admitted to testing positive for Meldonium, a banned substance. Her legacy was tarnished, many of her endorsements were suspended, and Sharapova was banned from playing tennis for two years.

So it was a surprise to everyone when she was named to Russia’s 2016 Olympic tennis team. Sharapova has stated that she will appeal the ban and hopes to play in Rio. The success of her appeal remains to be seen. 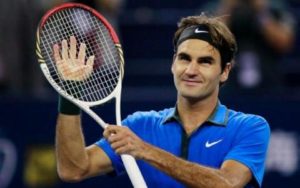 Roger Federer is a name that over the years has become more or less synonymous with tennis. Known for both his prodigious skills that have most regarding him as the best tennis player of all time and his perfect hair, it’s no wonder that his net worth is an astounding $350 million. In 2016, he’s ranked fourth on Forbes’ list of highest paid athletes worldwide. He’s extremely generous with his money and has contributed extensively to charity.

Over his 18-year professional career, Federer has won 17 Grand Slam singles titles. He is currently ranked No. 3, but held the No. 1 position for a record-breaking 302 weeks.

He’ll be joining the Swiss team and aiming for three medals in the upcoming Olympics: men’s singles (he placed second in 2012), mixed doubles with Martina Hingis, and men’s doubles with Stan Wawrinka (who he won gold in 2008 with.) 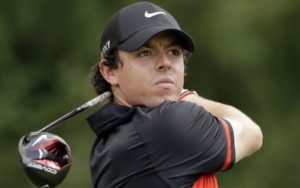 Usually celebrities laugh and dismiss their purported internet net worth as ridiculously high. Turns out golfer Rory McIlroy was laughing in the other direction, all the way to the bank. Previously estimated to be worth $80-$90 million, documents filed by his management company Rory McIlroy Inc. revealed him to be worth a jaw-dropping $422 million. This is second in the golfing world to only his childhood hero Tiger Woods.McIlroy can attribute his wealth to a combination of on-course earnings, endorsement deals with Nike, Bose, and Omega, among others, and good investments.

How does his performance on the green match up? He’s currently ranked third on the Official World Golf Ranking, previously ranked first for 95 weeks, and is a four-time major champion.

He’s announced that he will play for Ireland in the 2016 Olympics despite wavering concerns over the Zika virus. 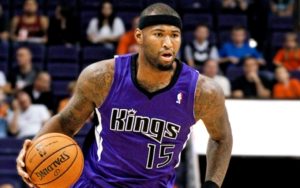 After unwavering enthusiasm for the Olympics, the Sacramento Kings’ DeMarcus Cousins recently earned a spot on the Team USA basketball team. Congratulations Boogie! Cousins has an estimated net worth of $62 million. 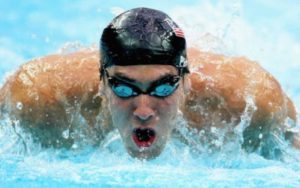 Michael Phelps was actually the first name I wrote down. With a net worth of $55 million, he was moved down again and again before finally being kicked off entirely. The most decorated Olympian and swimmer of all time with 22 medals, Phelps came out of retirement to join the upcoming Olympics.

When I started this list, I expected it to be mostly made up of basketball and tennis stars with perhaps a few vaunted personages from other disciplines sneaking their way in. See: Phelps, Michael. See also: Bolt, Usain, who despite being the fastest human on the planet, can only lay claim to a measly $30 million.

Instead, the threat of the Zika virus devastated the ranks of the men’s basketball team. (LeBron James, by the way has not yet officially opted out, although his participation isn’t likely. He would have been third with a net worth of $267 million.)

Perhaps the tennis players deserve this. Several of them did express doubts, but their overall commitment to the Olympics and compete level appear unmatched. And so do, for the most part, their bank accounts.