Bill Cosby Net Worth – How Rich is Bill Cosby 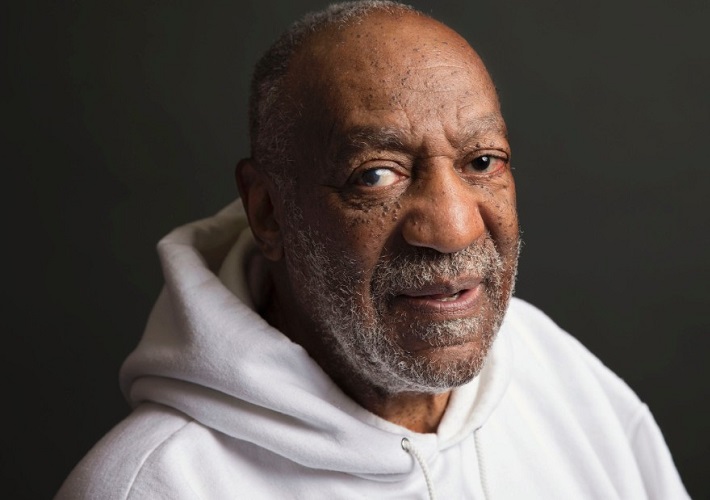 Bill Cosby was the king of TV sitcoms in the Eighties, the already successful comedian had a Worldwide hit with ‘The Cosby Show’ and enjoyed the profits from repeats for at least a decade after the show had ended, but exactly how much is Bill Cosby worth today in 2016?

How Did Bill Cosby Make his Money & Wealth

Bill Cosby was born to parents Anna and William Sr. in Philadelphia on July 12th 1937. His father was a mess steward in the US navy and spent much of Bill’s early life away, fighting for freedom in World War Two. Popular Bill had many achievements during his early years, being the captain of both the baseball and Track & Field teams at Mary Channing Public school, although his teachers noted that he was always clowning around and had a natural ability to make others laugh.

Bill Cosby left school and joined the navy in 1956. He served for four years at Quantico and Bethesda Naval Hospital, among other places, where he worked as a hospital corps-man, helping injured veterans from the Korean war with physical therapy.

After leaving the navy in 1960, Bill was awarded a scholarship to Temple University in Philadelphia. While he was there he began working in local bars to support himself, he soon noticed that his talent for bringing a smile to a customers face translated into bigger tips. Encouraged by the reaction to his humor, Bill then turned to stand up comedy.

He left Temple University to pursue a career as a comic, performing firstly in local Philadelphia clubs, where he soon became known as a solid stand up act. Following his success at home, Bill moved to the bright lights of New York City, first performing in the city at the Gaslight Club in 1962. Greater recognition of his act soon followed and he toured many other cities, including Washington D.C., Chicago, Los Angeles and San Francisco before he received his first big break, the opportunity to appear on The Tonight Show on the ABC network in 1963.

Bill gained greater exposure and recognition after his nationwide appearance on the show, he was soon approached by Warner Bros. to record a comedy album, which was released under the title ‘Bill Cosby is a Very Funny Fellow…Right!’ in 1964. It was a great success and many other comedy albums followed. The eighth album, ‘Russell, My Brother, Whom I Slept With’ was released in 1968 and is considered one of the best comedy albums of all time. Spin Magazine agreed, and the album was first in their 2011 chart of the greatest contributions to the genre.

Bill managed to achieve widespread appeal at home, and abroad, in part due to his gentle and non-controversial style of humor. In the liberated and slightly revolutionary atmosphere of the sixties many comics chose to discuss politics, race and war, but Bill avoided all of those subjects, instead concentrating his shows on gentle humor centered around childhood anecdotes, it was that choice that helped him to appeal to everyone, regardless of race, age or income.

Hard Working Cosby began his TV career in 1965, alongside his increasingly busy comedy schedule. First came a starring role in the popular espionage drama series ‘I Spy’, the first starring role in such a production for an African-American actor. Because of that fact alone, four TV stations, all situated in Alabama, Florida and Georgia, refused to continue with the series, but Bill had the last laugh, winning three Emmy awards, consecutively, for ‘Outstanding Lead Actor in a Drama Series’. When he won the third Emmy award, Bill concluded his acceptance speech by saying ‘Let the message be known to bigots and racists that they don’t count.’.

Quickly becoming a well-known face on television, Bill was the guest host on the tonight show regularly in the early seventies, and was also presenting a yearly special for NBC. He launched The Bill Cosby Show in 1970 and it ran for two seasons, but that was all, despite reasonable rating figures. Bill blamed disagreements with NBC over the inclusion of a laugh track for the discontinuation of the show. Throughout the seventies, Cosby continued with several projects, The unsuccessful New Bill Cosby Show bombed with viewers but ‘Fat Albert and the Cosby kids’, a whimsical Saturday Morning show aimed at kids was far more positively received.

In 1983 the film ‘Bill Cosby: Himself’ was released, filmed on one night of Bill’s stand up show, the film has since been widely hailed as the greatest comedy concert film ever produced’. Fellow comedians such as Ray Romano, Jerry Seinfeld and Larry Wilmore have all spoken of their admiration of Cosby’s magnificent performance on the film.

Bill’s career to this point had been successful, he was an established TV star and a universally recognised comedian, but in 1984 ‘The Cosby Show’ was launched and it propelled him to the top of his profession. The show ran from 1984 until 1992 and was centered around parts of Cosby’s stand up act. The show became the biggest TV hit of the eighties and spawned a series of spin-off shows, the most successful of which was ‘A Different Life’, which ran from 1987 to 1993. The Cosby Show eventually won six Emmys, two Golden Globe Awards and a huge number of lesser awards. Bill’s earnings from the show overall are estimated to be well over $300 million.

Since about 2000, Cosby has been accused publicly of serious sexual allegations, although he has always strenuously denied the accusations. Many of the accusations are beyond the scope of the Statute of limitations and civil lawsuits are currently pending against Bill in those cases, however on December 30th, 2015, Bill was finally charged with three counts of aggravated incident assault. On May 24th 2016 Montgomery Country District Judge Elizabeth McHugh ordered him to stand trial later this year. Bill has been released on $1 million bail and the trial is due to begin in mid 2016.

Bill Married his wife, Camille in January 1964, she has always supported him fully concerning the allegations that have been made against him.

Does Bill Cosby Have Children?

Bill and Camille have had five children, four daughters Erika, Ensa, Erinn and Evin. They also had a son Ennis, but he was murdered in 1997 in a failed robbery attempt. After their sons sudden and shocking death, the couple were personally visited by serving president Bill Clinton, vice president Al Gore and renown South African Archbishop, Desmond Tutu.

Although Bill could command fees in excess of $100,000 for a speaking engagement just a few years ago, the controversy surrounding him, and his future legal battle, has today in 2016 severely reduced his earning potential. Re-runs of The Cosby Show have been pulled from multiple networks, and his 2015 stand up tour eventually had many cancelled dates due to the allegations.

The future of Bill, and the effect of legal proceedings on his Net Worth cannot be predicted at this time, but a loss in court could potentially see Cosby lose the vast majority of his fortune.

Bill has homes in Los Angeles and Philadelphia, but his main residence is an estate in Massachusetts. The property has numerous buildings alongside the main four bedroomed mansion. The estate is nestled in 21 acres of beautiful New England countryside and contains a swimming pool and tennis courts. Despite having bought the property in 1971, and having spent the majority of their free time there, Bill and Camilla are rarely seen in nearby Shelburne Falls.

Bill had a truly rare car, in 1967 his friend Carroll Shelby, legendary AC Cobra designer and founder of Carroll Shelby International sold Bill one of only two Shelby Cobra Super Snake CSX 3303 cars. Bill immortalized the experience in his seventh stand up album ‘200 M.P.H.’, where he describes being so terrified on his first drive in the vehicle, that he immediately sold it back to Carroll. It may have been a wise move by Bill, Carroll sold the car on and the new owner was soon afterwards killed when he drove the ‘frighteningly quick’ car over a cliff.

Bill has, throughout his career, received at least 55 honorary degrees, numerous awards including three Emmys and seven Grammys and been nominated for countless others. Although his career is currently on hold as he deals with his outstanding legal problems, he remains the most successful comedian of the last generation.

He has been involved with various charitable causes throughout his career, including The Airlift Research Foundation, that funds orthopedic research for injured military personnel and civilians. He and Camilla also set up the Ennis William Cosby Foundation after the death of their son, the group aims to keep the dreams of Ennis alive by helping teachers and students in underfunded educational institutions.

Bill Cosby has always protested his innocence regarding all allegations made against him, he has said he will fight them until he has cleared his name, with Camille alongside him.