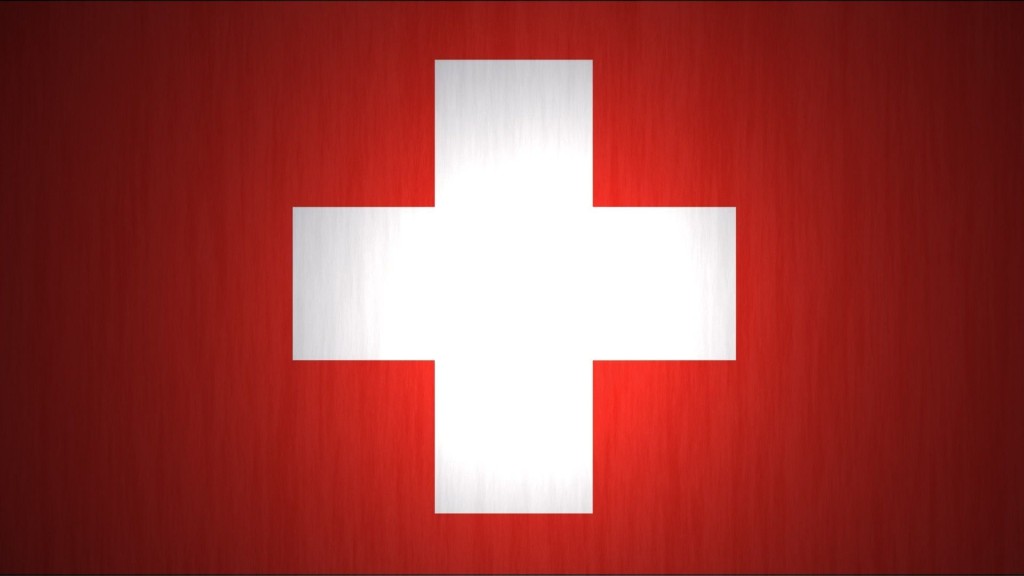 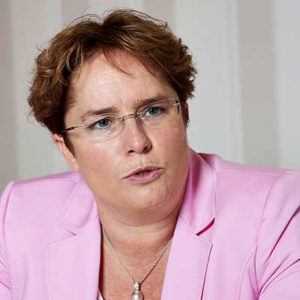 Magdalena Martullo-Blocher lives in Feldmeilen, Switzerland. She is the daughter of Christoph Blocher, an industrial and former politician. (He was something of a polarizing figure in Swiss politics, fighting for more right-wing policies.) She is the currently CEO of Ems-Chemie, which is a Swiss chemical and polymer manufacturing company. In 2014, Ems-Chemie had annual sales of approximately 1.972 billion Swiss francs, which is around $2 billion. Although the company is based in Switzerland, it has locations all around the world. When her father left the company to work in government in 2004, she took over the billion dollar venture. Just recently in 2015, Martullo-Blocker also entered politics when she was elected as National Councillor. 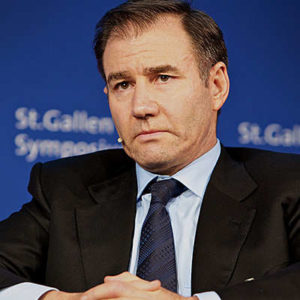 Ivan Glasenberg only became a Swiss citizen in 2011, but he still counts as one of the wealthiest citizens that the country has to offer. Glasenberg was born in South Africa in 1957, and he would eventually graduate from the University of the Witwatersrand with a Bachelor of Commerce and a Bachelor of Accountancy. In 1984, he joined Glencore, a massively influential mining company that was headquartered in Switzerland. By 2002, he had been named Chief Executive Officer of the company. His net worth has steadily declined over time as the economic climate has changed, but he still has a pretty fat wallet. Currently, Glasenberg’s primary Swiss resident is located in the village of Rüschlikon. 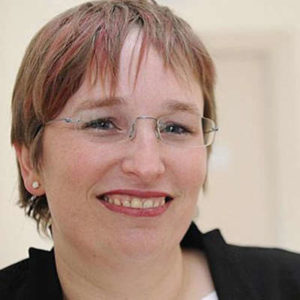 This name seems a little familiar, doesn’t it? Rahel Blocher is daughter of Christoph Blocher and sister of Magdalena Martullo-Blocher, who we talked about a little earlier. When Christoph Blocher left his company, Ems-Chemie, he divided his stock evenly among his children. Currently, Rahel and Magadalena both possess the largest shares in the company. However, Rahel doesn’t actually work for Ems-Chemie. She runs her father’s other company, Robinvest, based in Mannedörf, Switzerland.  Robinvest is an investment company, and although it isn’t quite as successful as Ems-Chemie, its serves as an excellent second source of income for her. Blocher’s current residence can be found in Wilen bei Wollerau in Switzerland. 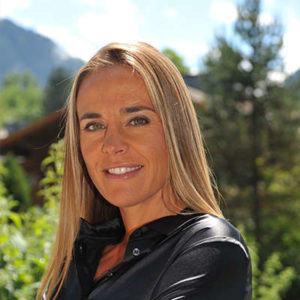 Dona Bertarelli was born in Rome, but she is technically a citizen of Switzerland. However, she isn’t really like most other businesswomen. Bertarelli’s greatest passion is sailing, and she is quite good at it. In 2010, her and her team won the Bol d’Or Mirabaud, becoming the first woman to have ever won the race. In November of 2015, she became the fastest woman to sail around the world. However, her sailing is what ended up landing her on this illustrious list. The majority of her fortune came from her inheritance, when Serono, her family’s business, sold for over $9 billion to Merck KGaA in 2007. Currently, the entrepreneur/athlete resides in Gstaad in Switzerland. 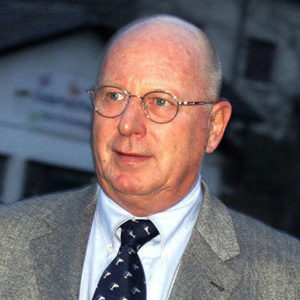 Thomas Schmidheiny owns vineyards all around but the world, but he calls Klosters, Switzerland his home. In 1984, the Swiss man inherited his father’s cement manufacturing company, Holcim. Holcim had initially been founded in 1912, and to this day serves as one of the world’s top cement companies. Schmidheiny served as chairman of Holcim for twenty years, successfully managing a company that his ancestors had cultivated for him. He ultimately stepped down as chairmain in 2003, but he is still a member of Holcim’s Board. Today, he still owns approximately 12% of the highly successful international company. 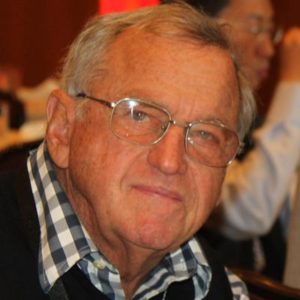 Hansjörg Wyss doesn’t really live in Switzerland anymore, but it’s where the entrepreneur got his start to begin with. He was born in Bern in 1936 and he graduated from the Swiss Federal Institute of Technology Zurich with a Master of Science degree. He would later go on to study at Harvard University and earn an MBA. Wyss took on a varety of different jobs in the textile and steel industries once he completed his studies, and he ended up meeting one of the co-founders of Synthes, a Swiss medical device manufacturer. By 1997, Wyss had founded Syntheses USA. The company has been highly successful, and he only stepped down as company chairman when Johnson & Johnson acquired the company for $21.3 billion in 2012. 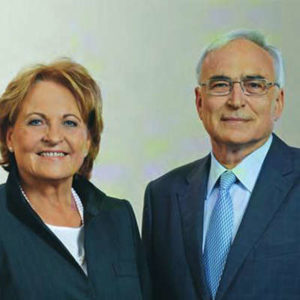 Isolde and Will Liebherr are siblings. Together, they run Liebherr Group, an equipment manufacturer that is based out of Bulle, Switzerland. Their father, Hans Liebherr, played an instrumental part in reconstructing Germany after World War II. He was a revered industrialist during his time, creating appliances, hydraulic excavators, concrete mixers, and much more. When he died in 1993, the company was passed onto his two children, Will and Isolde. The pair continued to grow the business that their father started, and it’s been said that they intend on giving the company to their children once they time is through. Today, Liebherr Group employs over 40,000 people. 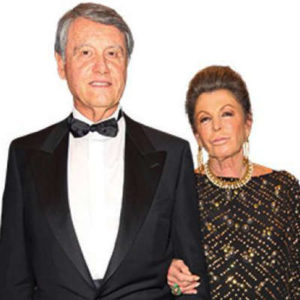 Gianluigi Aponte is Italian by birth, but he has lived in Geneva, Switzerland for some time now. The businessman started out as a ferry ship captain, and while working as one he met his wife, Rafaela. In 1970, they entered the container shipping industry together, founding the Mediterranean Shipping Company. The business started out with just a single ship that ferried goods back-and-forth between Europe and Africa. Fast forward to today, and Mediterranean Shipping Company (often abbreviated as MSC) has practically become a global superpower in terms of container shipment. During the late 1980s, MSC branched off into MSC Cruise, a successful cruise company. In 2014, Aponte stepped down as CEO of MSC, passing his position onto his son, Diego. (This has ensured that the Aponte family remains one of the most influential families in the world’s shipping industry.) He still remains at Mediterranean Shipping Company as a group executive chairman. 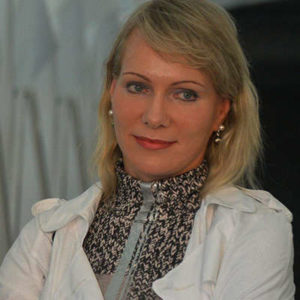 Margarita Louis-Dreyfus was born in Leningrad in the USSR during the 60s. She possesses a true rags-to-riches story, having grown up in an orphanage during her youth. A young Louis-Dreyfus studied at a trade school in order to become a retail account and saleswoman. In 1988, she met and married Robert Louis-Dreyfus, a deeply influential French businessman who was the chairman of Louis Dreyfus Group, a conglomerate company that has its talons in the energy, agricultural, and shipping industries. In 2009, Robert died after a long battle with leukemia, which resulted in Margarita taking up the business in his place. She hasn’t just maintained the status quo, however — many argue that the Russian-born businesswoman has drastically changed and improved the company during her time there. She currently resides in Zurich in Switzerland. 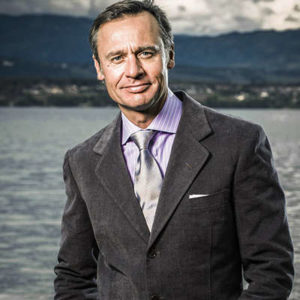 Ernesto Bertarelli lived in Rome, Italy as a child, but his family moved to Switzerland when he was twelve years old. Bertarelli studied business overseas, earning a degree from Babson College and earning an MBA from Harvard Business School. In 1996, he took over Serono, his family’s pharmaceutical company. When he took over, he dramatically improved the business’s profitably by focusing more on biotechnology. Bertarelli also serves as the board director of UBS AG, a global financial services company. He currently resides in Gstaad, Switzerland. Much like his daughter, he really enjoys sailing in his spare time, and he is an avid philanthropist.