What Happened to Colton Cumbie – News and Updates 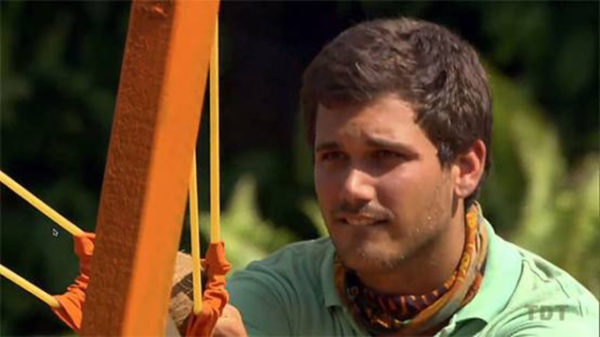 What Happened to Colton Cumbie – News and Updates

The series Survivor has had in it’s 32 season run some very interesting characters. Some have been universal favorites while others were polarizing, pitting both audiences and tribe members against each other. One such contestant was Colton Cumbie. Often seen as the villain, we couldn’t help but wonder if he left his devious ways on the island and returned to civilization an upstanding citizen. Let’s see what Colton Cumbie has been up to in 2016.

Colton Cumbie was born in Monroeville in the south of Alabama. His childhood by all accounts was quite typical, and he had a very close relationship with his “grandmother” who was in fact his great-aunt who had raised his mother practically since birth. At the age of 12, he came out to his family as gay, which given the time and location was a very brave proclamation. To put it in his own words, “My parents definitely did not run out to join Parents of Lesbians and Gay, and it took a long time for them to come around”. But come around they did, accepting their son for who he was in his totality, which is what he often sought from his classmates as well. However, this was not always meant to be, so from a young age he learned to work the strings of social connections to survive his high school years.

After high school, Cumbie decided on a career in teaching and subsequently attended the University of Alabama for a degree in education. This choice was put on hold however, as his interest in watching reality T.V. turned into becoming the winner of his favorite show, Survivor. Cumbie reportedly walked into the casting call with all the confidence in the world, like he already been cast. Naturally, this led to his moment in the spotlight and harsh tropical sun in Survivor: One World.

Survivor: One World and Survivor: Blood vs. Water

Having drawn inspiration from previous contestants Pavarti Shallow, Corrine Kaplan and J.T. Thomas to “build his Survivor persona”, it was clear from the beginning that Cumbie wanted to win, and didn’t care who he had to step on to do it. It was also quite clear the Colton had no love for his all-male tribe Manono, instead spending the first three days almost exclusively with the rival female tribe Salani. This odd appeal to the enemy worked out wonderfully, as Salani member Sabrina Thompson deftly handed him the immunity idol meant for his tribe and sent him on his way back. This turned out to be the first step in his master plan. Thereafter, he quickly assembled a rag tag group from the Manono team, dubbed them the “Misfits”, and placed them staunchly against the physically stronger “Muscle” alliance.

By day 8, Colton had his first chance to act out his plan first targeting fellow tribe member Bill Posley, a then aspiring stand up comedian due to his “obnoxious” behavior and his prank of throwing Colton’s immunity idol into the ocean. This plan was diverted however, as the remaining misfits saw a bigger target in Matt Quinlan, the arguably larger threat. By day 11 however, Colton showed his hand in refusing to speak to Bill while he tried to make amends, and flatly explained Bill’s fate, as well as ensuring immunity went to the women’s tribe that day. At tribal council, Colton cemented his reputation as a Survivor villain, telling Bill to “get a real job” and making a comment that could be seen as racially charged when prodded by host Jeff Probst if he happened to know other African Americans. Bill was later voted out during tribal council, and a member swap of tribes occurred the next day. While successful in one more act of social acrobatics in double crossing team member Monica and having her voted out, his stay was not to be much longer. On day 16, a medical evacuation team was called for Colton, who was diagnosed on site with acute appendicitis. In one final act of defiance against his team, when Jeff asked the last minute question of if he would like to hand the immunity idol to another member of his tribe, he responded he’d keep it as a souvenir. In later interviews, host Jeff Probst cast into doubt Cumbie’s diagnosis being real, which has since been a matter of hot debate among fans.

Several seasons later, Cumbie was invited to rejoin the cast of Survivor in their new concept, which included having a loved one also participate in the game. For this, Colton ensured that his fiance Caleb Bankston was to be his partner. Unbeknownst to him however, the producers of the show instead decided that the loved ones should be split into opposing tribes, which visibly upset Colton as he had stated that he would be depending on Caleb to “keep [himself] grounded”. Very quickly old sins were remembered and new acts of backstabbing and rabble-rousing committed and the new Galang tribe quickly marked him as an outsider. This was certainly not helped by the surprising peaceful nature of a majority of the tribe. Within 7 days this loss of power and partner upset Colton to the point where he left the game before a vote could be cast in tribal council, forever marking him as a controversial figure in the series.

Nearly a year after his departure from season 27, tragedy struck Cumbie. His soon-to-be husband and fellow Survivor castaway Caleb Bankston had fallen victim to a workplace accident, his train derailing and killing him instantly. As to be expected this sent shockwaves through the Survivor cast family, and shattered his personal plans. Since this event, Colton has quite frequently posted of his dearly departed on social media, recently marking his 29th birthday this past year.

Aside from this tragic news, there is some light to Colton’s current situation and future. While he continues to have an ambition to teach and has a reputation for teaching younger students, he has been able to leverage his personality to great use. Among these uses is being a big personality in the Survivor Power Rank Battle series which could be seen as akin to fantasy football, except with a focus on reality television. He has also hinted multiple times at a potential reappearance on CBS as a contestant on the Big Brother series, which he has mentioned in interviews would give fans the ability to see another side of him as a person.

For this young man, it would appear that quite a bit is uncertain in regards to his future. Whether he will fade into obscurity as yet another living relic of reality T.V. or find another path, perhaps one of redemption from his reputation is ultimately still his choice to make. Besides his regular postings on Twitter he remains a surprisingly private person, only occasionally mentioning personal events in his life. One can hope that in this case, little news is good news.