My Wonderful Life Update – What Happened After Shark Tank

My Wonderful Life Before Shark Tank 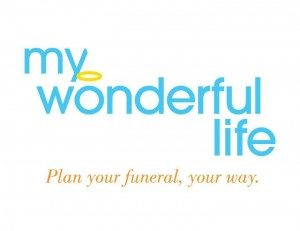 Nancy Bush helped start a morbid company from a especially sad time in her life. My Wonderful Life is a free website that helps you plan the funeral that you want, while easing the burden on your family members to scrape something together in a difficult time. Along with her friend, Sue Kruskopf, Nancy started the company after taking care of her husband for 10 months after his cancer diagnosis. Dying is not a reality many of us want to face, and he was no different. Nancy could not get him to talk about what he wanted for his funeral. When he died in 2006, Sue and Nancy put together a celebration of life ceremony where John was remembered through pictures, props, and videos. Instead of being a typical downer funeral, it was a party where mourners could remember the deceased positively, and it was incredibly personal to him.

My Wonderful Life on Shark Tank

The My Wonderful Life team started off by asking for $100,000 in exchange for a 10% equity stake. Nancy and Sue introduced themselves, and then asked an odd question. “How many of us here are going to die?” The Sharks tentatively raised their hands, but they did not look impressed. There is a fake tombstone on the stage, with some balloons behind it.

The pair launched into the origin story for the business, explaining how Nancy and Sue threw a loving, personal life celebration at the bar for her deceased husband. She realized that there weren’t any planning services online to help people decide what they wanted for their funeral. They told the Sharks that they developed a website where you can chose all of the details of you funeral, down to the type of wine that is served. They claimed that “75% of baby boomers” wanted a personalized funeral that was different from the drab and depressing funerals of the past.

Nancy and Sue chose “Mr Wonderful” to showcase their site, bringing up a page with his picture on it. You can chose the site, as well as pay for the Funeral. They made the mistake of citing how large the industry is, and I could see Kevin cringe.  He complimented them on their choice of name, and then proceeded to ask the all important question. “How is this going to make money?”

They said that they have partnered with a large insurance company. The insurance company takes the money for the prepaid funeral, and the My Wonderful Life team pockets 5%. Mark Cuban interjected, asking how much an average sale is. They gave a non-answer, stating that if the customer paid $5,00, they would pocket $250. Robert asked how many subscribers they had. The total is 7,000 in three years, which seems impressive until they also told him that they had not actually made any money.
Kevin expressed concern about the market share, saying that they amount of people who actually prepay for their funerals would be a small percentage of their subscribers. They countered by saying that 25% of baby boomers actually do prepay for their funerals.

Mark asked if they had exclusive deals with the insurance companies, but they do not. Mark then said it was a deal breaker, and Kevin cut in to say that he was worried that that this was not proprietary. He called it an interesting idea, with too many holes. He cited the difficulty in finding customers, the non exclusivity with the insurance companies, as well as the lack of profit. Mark then interjected to say that they haven’t taken the “Business steps” necessary to protect themselves. Sue insisted that that was why they were on Shark Tank, to learn from executives. Mar declared that he was out.

Damon asked why they had not gotten any money from their 7,000 subscribers. The pair explained that that feature was not available at that time. Damon also bowed out, stating that he would be dead before he got his money back. Sue stated that if 40% of their 7,000 subscribers prepaid $5,000, they would immediately generate revenue. Barbara said that if that happened, they would have a much different business model. SHe stated that they came too early, and bowed out.

Robert said that he was out as well. Sue stated that if they received the $100,000 they would generate 25,000 new members. Kevin pointed out that they have not monetized it, and the model was untested. They invested some of their own money to see how much it would cost to get new members. With everyone else out, the duo appealed to Kevin. He said that the whole thing sucked. Kevin went out as well. They thanked everyone and left. As they were walking out, Kevin said “I hated it!”

My Wonderful Life Now in 2018 – The After Shark Tank Update

My Wonderful Life appears to have died out. After their failure on Shark Tank, Sue and Nancy appeared to keep up with their business and social media. The My Wonderful Life site is still up, and their Facebook page is sporadically updated to this day.  But the blog on their site has sat quiet since late 2012. The “My Wonderful Life in the News” section features only two articles, one from 2011 and one from 2012. They have a Pinterest Page full of suggestions for your future funeral. While this was a good idea, it seems like it failed in it’s execution.