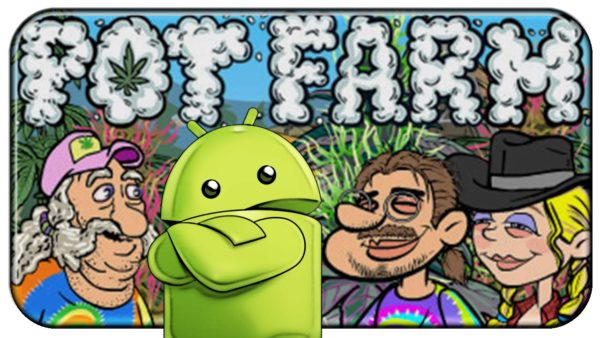 damp. Banned from the Apple Store, and often questioned for the content (either explicit or implied) Pot Farm: Grass Roots first saw its start on Facebook. Much like Farmville though with higher aspirations, it is a mobile game that puts you in charge of a farm in a marijuana friendly country where you can grow your fortunes. Here, we will take a look at five tips to make your profits grow like weeds.

Tip One: Upgrade Your Dispensary Often

In Pot Farm Grass Roots, multipliers are your friend. The earlier you begin to upgrade your dispensary (which unlocks at level 7), the faster you can earn money from selling your supply, which in turn allows for faster upgrades for the farm on the whole. Keep in mind to sell your supply, you have to wait for another player to drop by your game and buy off of you. Therefore, aside from having a large dispensary it also pays to have a large amount of friends who play the game as well. This will create a viable “puff and pass” economy, if you will.

Pot Farm Grass Roots has a very unique mechanic in terms of handling workers. While it is a good idea to keep a fair number of workers and slackers on hand (who will not provide staffing but just give you items on occasion), having a regular rotation of workers is also a fine idea. To do this, ensure you have a Bus Stop unlocked and keep an eye on it so as to not miss the chance for workers. After you find yourself in employment abundance, give a few the boot. They will in turn give you a thank you note with a prize inside which may include experience, coin, material or pot bucks which may all come in handy.

Keeping critical numbers of workers is always a good idea, though. Otherwise, such facilities as the bakery and dairy cannot function or upgrade to give you more items to sell. Also, as the picture reveals, many of these facilities happen to be interconnected. This means that any facility lacking workers can in turn cause a loss of function in far more than just the initial building. In short, it’s best to keep an eye on not only your bud but your buddies as well. Workers, slackers and crops can combine into a winning combination.

Tip Three: Look Out For Zeke

While this old hippy had previously shown only as a holiday or special character in previous incarnations of the game, here he is as a vagabond and a great trading partner. Once you have the bus stop unlocked, be sure to look for a scruffy older character who will exchange mystery buds (choco chunk and cheese buds) for materials of any variety. Now, the next natural question is “How would I go about getting mystery seeds?” Simply put, you wait. Once every 24 hours you will get a mystery seed for free in your grow shack. Be sure to plant it as soon as you notice it, as it may grow into the aforementioned buds, coins or bud bucks.

As to be expected with games that are free, there is always the option to buy something to make the game easier and the developers some cash. If you are not inclined to spend money, there are still ways for both sides to profit. To get Pot Bucks for free, you can do the following:

Method One: Tap the + symbol next to your Bucks count, and tap the Free POTBUCKS option. Then, you will be sent to a third party sign up for different offers that will allow you free Pot Bucks. It’s not reccomended you divulge any personal data.

Method Two: Tap the TV in the Dispensary to watch a few ads for Pot Bucks. You can watch up to three ads per day.

Method Three: Doing game related tasks such as watering friends plants, booting workers and crushing Spidermites can all give you Pot Bucks without the need of tolerating advertisement.

One trick to consistently get plenty of coins and supplies is to have a large population. While booting workers can provide a quick bonus if you happen to be running low on anything, keeping slackers and workers whose tasks are done can be greatly beneficial for long term play throughs. Similarly, finding workers and slackers and regularly using them increase your chances of discovering rare, epic or legendary workers who can give your farm a leg up and greatly advance your operations. Do keep in mind that the maximum number of slackers you can have at this time is a bakers dozen, so curate those especially carefully.

As usual, players should be quite wary of sites that offer free hacks for unlimited Pot Bucks, Bud strains, and so on. More often than not, if it is not malware it will at the very least get your profile locked from play. With these tips in mind, we wish you the best of luck and have high hopes for your grass roots operation.