Top 10 Most Valuable Paintings Ever Sold 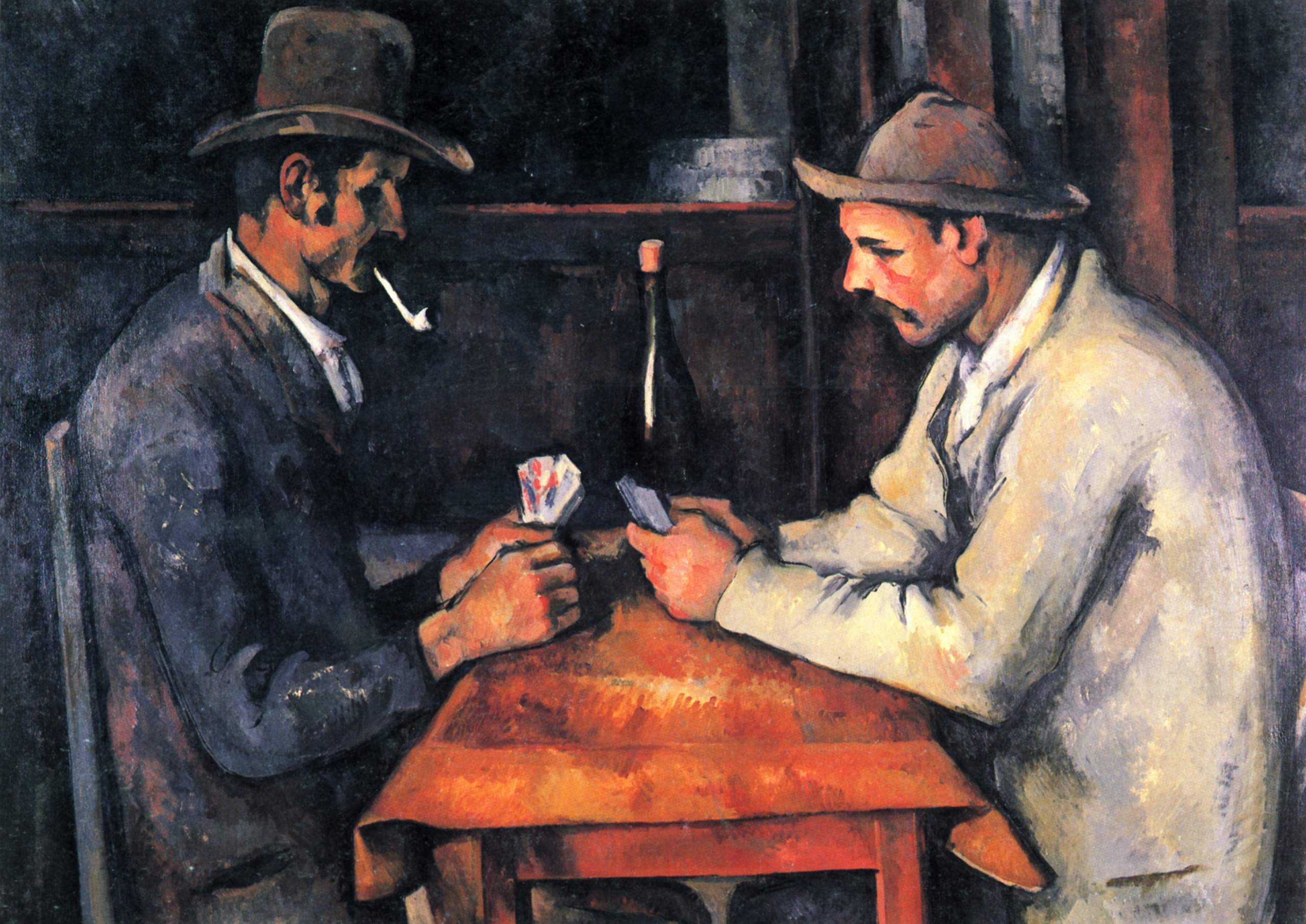 When it comes to art auctions, we all know that prices can reach mind-boggling numbers. Ancient and/or famous items are sold for millions of dollars, and paintings are no different. Today, we’ll be taking a look at the top 10 most expensive paintings that were actually sold for the listed amount. Keep in mind that we are listing the price adjusted for inflation. Also please keep in mind that this isn’t a list of top 10 most valuable paintings overall. We are only listing the works that were actually sold to a certain party.

Now that you know all of that, let’s get started with our today’s list. 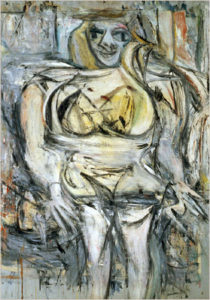 Willem de Koonnig was a Dutch artist who lived in the 20th century. He is known for his abstract-expression art style and for being a part of the  New York School group of artists. One of his most expensive paintings ever sold is Woman III, a painting that is a part of his “women” series that has a total of 6 paintings. The painting depicts a woman (duh) drawn in de Koonig’s recognizable style. It was sold in 2006 for $137,5 million to Steven Cohen, whose net worth is around $12 billion. Cohen is a well-known art collector, with an estimated art collection worth around 1 billion US dollars.

Jackson Pollock was another member of the New York School artists group who was, similar to de Kooning, known for his abstract expressionist movement contributions. No. 5, 1948 is one of Jackson Pollock’s most well-known paintings. The painting pretty much looks like random scribbles that have been described as a “dense bird nest”, due to the colors used. In November 2006, an anonymous art collector bought this piece for $140 million, which is today $165 million, making it one of Pollock’s most expensive paintings.

Nu couché, better known as Red Nude in English, is Amedeo Modligani‘s most praised work. The painting has been reproduced many times, adding to its popularity. The painting shows a naked woman lying on a bed on her back , with her hands behind her head. Modligani is best known for his series of paintings with naked people in them, Red Nude obviously being the most famous one. It was sold last year for around $170 million to Liu Yiqian, another art collector. In his collection, Yiqian has cups, tapestries, vases and paintings, all worth several hundred million dollars.

Les Femmes d’Alger (Women of Algiers) is an entire series of paintings, totaling at 15 paintings, but the one we’ll be talking about is the “O” version. Picasso painted the entire series as a tribute to all the artists he admired. Pablo Picasso is a famous  painter, sculptor and a poet, best known for his (co)founding of the Cubist movement. His paintings are easily recognizable, being painted in his unique style. He painted Women of Algiers in 1955, and the “Version O” was sold Hamad bin Jassim Al Thani in 2015, for $179 million. Al Thani was the Prime Minister of Qatar until 2013. 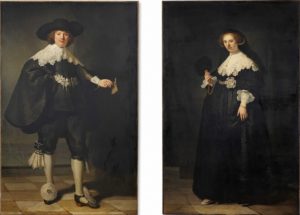 Rembrandt Harmenszoon van Rijn is another well-known painter who was based in the Netherlands. He is considered to be the most important art figure in Dutch history, and one of the greatest European painters . His pair of wedding portraits that we are listing here were sold to two museums – Louvre and Rijkmuseum for a staggering price of $180 million. The full name of the painting pair is Pendant portraits of Maerten Soolmans and Oopejn Coppit, painted during their wedding. Although these are two separate paintings, they have always been kept and shown together, so they take our number 6 spot. 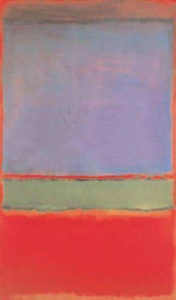 Mark Yakovlevich Rotkovic, later known as Mark Rothko was an American-Russian painter who lived in the 20th century. Along with Pollock and de Kooning, he is one of the artists who painted in abstract-expression style. His No.6 (Violet, Green and Red) is his most expensive work, sold for $186 million to Dmitry Rybolovlev. The painting depicts pretty much what it’s called, hazy shades of violet, green and red. Rybolovlev, the buyer of the picture, has a net worth of roughly $8,5 billion and is also known for having the most expensive divorce settlement in the entire history. He had to give $4,5 billion to his ex-wife Elena in 2014. Whew. 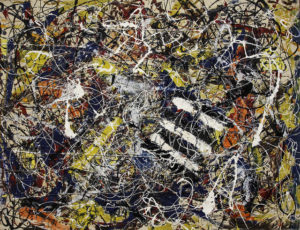 Famous abstract-expressionist painter appears on the list once again, this time with a piece that was sold for $200 million. Pollock’s Number 17A painting resembles his previous listing, looking very abstract, but this one has more color variety in it. Last year the painting was bought by Kenneth Griffin, a business magnate worth over 7 billion USD. Griffin is one of the most active art collectors in the world right now, having numerous paintings worth dozens or even hundreds of millions of dollars in his collection. 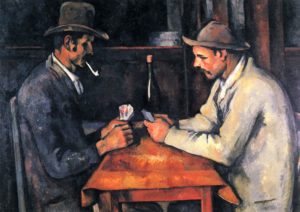 Paul Cézanne was a French Post-Impressionist painter who lived in the 19th and 20th century. Famous artists such as Matisse and Picasso have stated that Cézanne is “the father of us all”, because he was the bridge between 19th century Impressionism and 20th century Cubism. His The Card Players is a part of his painting series where he painted people…well, playing cards. There are five paintings, all showing a different amount of people playing cards. The most expensive one was sold for $272 million to the State of Qatar in April, 2011. 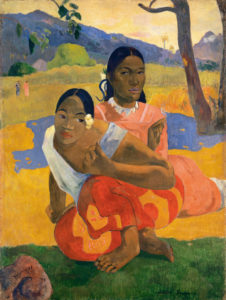 And we have our first and final tie at a round number of $300 million. The first one is a painting by Paul Gauguin, a French Post-Impressionist painter who painted When Will You Marry? in 1982, during his visit to Tahiti. He traveled to Tahiti, hoping to find inspiration, but he didn’t find a primitive paradise that he was hoping for. However, he still painted many paintings of native Tahiti women, such as Nafea faa ipoipo, Tahitian name for this painting. It was sold to an unknown buyer at a private sale in 2015 for around $300 million. 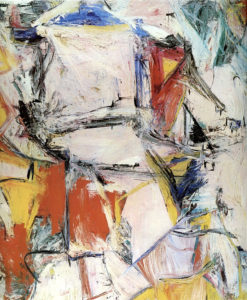 Willem de Kooning appears once again and takes the number one spot (in a tie) on our list with his Interchange. This 79 inches (2 meters) tall painting is an abstract work of art that was sold to previously mentioned art collector Kenneth Griffin. Here is what Mr. Griffin could have bought for $300 million that he paid for this painting:

Edvard Munch‘s famous Scream painting was sold for $123 million in 2012 to Leon Black.

Vincent van Gogh‘s self-portrait without his beard was sold in 1998 for a little over $100 million in today’s dollars.

Highest priced unnamed painting was one painted by Edwin Parker Twombly, sold for $69 million in 2014.

The most valuable painting in the world (not sold, valued) is obviously Da Vinci‘s Mona Lisa, at around 780 million inflation-adjusted dollars.

Cumulative records of highest priced paintings are held by Van Gogh, Pablo Picasso and Andy Warhol. Van Gogh only sold one of his paintings while he was alive, for roughly $2000. After his death, his seven most expensive paintings were sold for a total of over $700 million. Unlike him, Picasso and Warhol became wealthy during their lives.

The most expensive painting by a currently living artist is Jasper John‘s Flag, sold for $120 million in 2012.